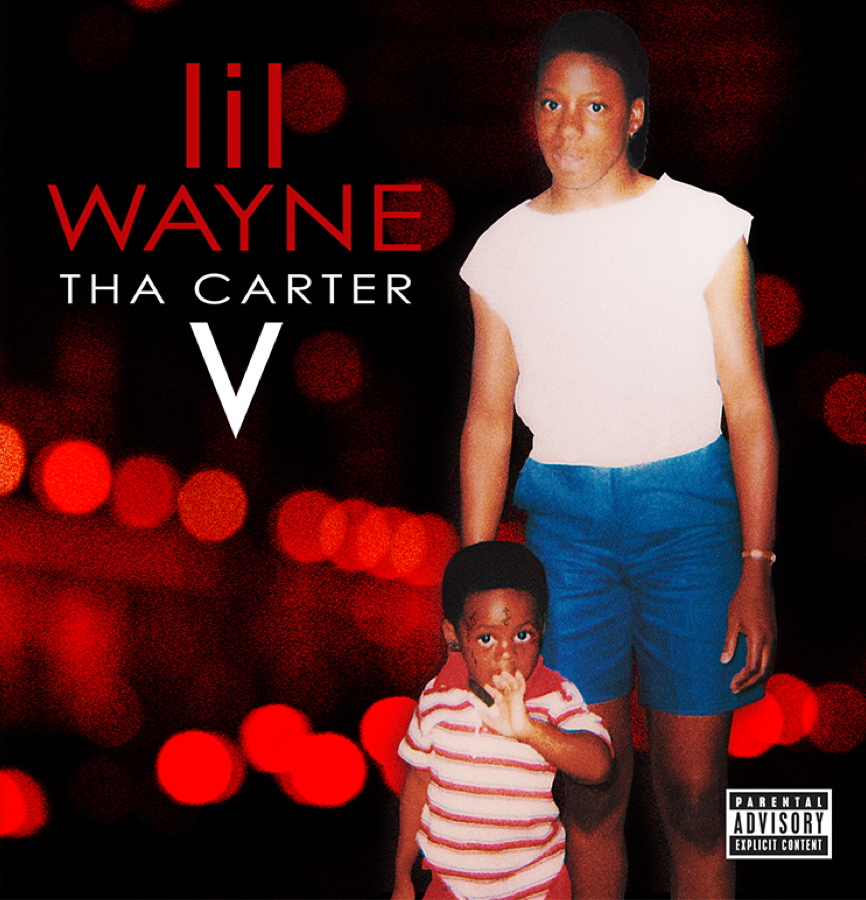 As most of you know, Lil Wayne dropped his long-awaited album Tha Carter V on Friday, September 28th. In 2015, the rapper sued Cash Money Records for $51 million on the grounds that they violated their contract with him by continually delaying the release of Tha Carter V, and he has battled them in court ever since. In early June 2018, though, Wayne and his label settled their dispute, thus allowing him to move on with his project. Five years after his last album, the unimpeded Dwayne Michael Carter Jr. successfully released Tha Carter V.

Throughout this arduous path, Lil Wayne inevitably lost some attention in the ever-changing rap game. He surfaced in several features of popular songs, most notably on Chance the Rapper’s “No Problem” in 2016 and Kodak Black’s “Codeine Dreaming” in 2017, but, in the end, he still played second fiddle. However, in early 2018, Dwayne gave us a strong, but unfortunately overlooked, reminder of his presence: a number of remixes compiled into his Dedication 6 album and “Vizine”, a single on the clothing brand Ethika’s mixtape. I especially loved the latter, in which Wayne opened up about personal issues in beautifully refined verses. A great example of this appears in a portion of the chorus, reading: “Why do I look up and see my feet? Am I rising? But why do my peak look like it’s out of my reach?” These lines imply that his legal tribulations have resulted in an apparent downfall, but also, on a more auspicious note, that he does not believe he has reached the pinnacle of his career yet. In fact, the song title mentions the mourning Lil Wayne is in need of Visine eye drops, for he simply cannot believe the eyes through which he witnesses all the mayhem occurring around him. Later in the song, he sings, “Cut off the wings now I’m soaring,” which makes you question his mental health, for it seems counter-intuitive at first glance, but he may actually be referencing Birdman, the co-founder of Cash Money Records, in an oppressive light. The two famous rappers have been personal and professional friends for many years, but this amiability quickly faded once Wayne revealed that Birdman greatly contributed to his poor relations with the label. Though “Vizine” never came close to portraying Dwayne as having liberated himself from his restrictive parent organization, the song still served as a comforting indication that he has retained the ability to create great music. The single only increased the already brimming excitement for Tha Carter V and Lil Wayne finally answered his fans’ prayers on September 28th.

This should not come as a surprise since Kendrick Lamar has already earned his place at the top of the rap game and continues to bring great verses whether in his own songs or as a feature. “Mona Lisa” tells a well-written story, performed by two of the best “storytellers”. Lil Wayne guides the listener through a stick-up tactic, presumably led by him, in which a girl makes the acquaintance of a man then lets her co-conspirators into his house to steal valuables. Kendrick Lamar comes in abruptly and proceeds to rap the beginning of his verse in an appealing choppy flow as he describes the relationship at the surface without acknowledging the malicious background. Towards the end of the verse, Kendrick completely transitions to the role of the swindled man and begins to grow skeptical of his girlfriend’s relation with Lil Wayne. Her refusal to budge drowns him in sadness, emphasized by Kendrick’s changing voice, and the song ends with his suicide. Notably, at 3:40 he sings, “In a minute he gon’ be admittin’ that he love her on his mother”, then exactly one minute later at 4:40 he sings, “Tell me who love you I bet I love harder.” Not only does Kendrick deliver fantastic lines, but his incredibly subtle attention to detail only reinforces his greatness.

In “Uproar”, Swizz Beatz produced a catchy remix of G-Dep’s “Special Delivery” (2001), and Lil Wayne developed the rhythm through his lyrics. The “Uproar Challenge” rose to popularity for a reason: it’s a good beat. Zaytoven’s iconic style can be recognized in “Problems”, but it cannot quite match up to that of “Uproar”, which takes a vintage beat and adds some modern touches to it, such as the amplified bass and sporadic pauses that compliment Lil Wayne’s flow. The song itself, along with “Used 2”, serves as a reminder that Dwayne can still take it back to his hardcore rap roots with expertise.

Best Song: “Let It All Work Out”

I first listened to Tha Carter V while I drove to school, and Lil Wayne nearly brought me to tears every time his trademark lighter-flick blessed my ears. I quickly favored a handful of songs over others, yet “Let It All Work Out” was not among them. Humbly placed in the twenty-third spot of the twenty-three track album, this song did not stand out at first. After going through Tha Carter V several more times, though, I realized that Wayne transcended his facades of materialism and machismo, which have defined the rap genre since its inception, in arguably his most emotional song to date: “Let It All Work Out”.

Lil Wayne proves that he needs no bass-boosted beat or popularly featured artist to make a sensational and powerful track. In fact, by stripping away from as many auxiliary aspects as possible, he let the flow of his words take control, resulting in a more genuine experience. The uplifting rhythm of the piano quickly captures the listener’s attention and sets the tone, then completely gives way to an equally simple type beat that facilitates the beginning of Wayne’s verse. He mentions the retainment of his independence despite critics, singing “I feel like I got ten middle fingers”, and notes his superior authenticity in comparison to other rappers. Nevertheless, he acknowledges the humbling effect of his long career: “Had to swallow my pride, though, swear it tastes like spearmint.” As the song title implies, Lil Wayne heeds the advice of taking a more passive approach to problems in his life as opposed to dismally dwelling on them. The second verse continues the positive mood of the first, with Wayne reflecting on his prosperous life. As a veteran in the rap game, he gives a series of short pieces of advice, including “beat odds, never beat women”. Though this may seem glaringly obvious, unfortunately, a number of younger rappers have been accused of domestic violence, and they would take much from following his sound morals, not just the sound of his music.

In the third and final verse, Dwayne Carter opens up to the world with a heartfelt ballad of despair and hope. For this perfect conclusion to the song, and to the entire album, he produced the lyrics from a place hidden deep within him. Lil Wayne deliberately contrasts the first and last verses through parallelism at their beginnings. The first lines of the introductory verse read, “Tunechi, you a genius/Looked in the mirror said ‘Don’t let the money come between us’”, while those of the last verse read, “Tunechi, you a monster/Looked in the mirror but you wasn’t there, I couldn’t find ya.” The former reflects his optimistic view of his great success over the years and shows that he tries to remain humble despite his affluent life. On the contrary, the latter verse holds a more pessimistic, and perhaps realistic, view on the detrimental effects of Wayne’s rise to fame. He seems to believe that some of his character has indeed been drowned by the stacks of green paper and that he has lost himself in his obtainment of celebrity status.

The last part of the final verse serves as the direct source of Dwayne’s raw emotion, for he reveals the truth behind the enigmatic self-inflicted gunshot wound of his childhood. It is well known that he almost died at 12 years old after finding a handgun in his house; however, the specific details have been purposefully kept secret. In “Used 2”, even Dwayne’s mother admitted, “I still don’t know today- Was he playing with the gun or was it an accident?” Aside from subtle and inconclusive hints given throughout his many songs over the years, Lil Wayne has remained silent about the topic to virtually everyone up until now. He recalls the traumatic event in “Let It All Work Out” with such precision that one might think it happened very recently. Dwayne paints a beautifully dreadful picture with his paintbrush of lyricism and strokes of genius.

This encapsulates the distinguishable characteristics of Tha Carter V, for Wayne dives into disturbing parts of his childhood that hold great meaning to him, an uncommon theme in rap, yet incredibly powerful nonetheless. In the last two lines, he claims that God made him both a “prophet”, a messenger of his divine word, and also a “profit”, by investing in the 12-year-old’s survival and successful future. Lil Wayne draws hope from the dregs of his anguish, while masterfully making use of the double entendre.

The Carter V stands out among Lil Wayne’s other albums because of all the emotion packed into it. For the most part, his smoother and calmer flow greatly compliments his sincere lyrics. Though he could not release it for years, the amount of time and effort that went into his work is clearly evident. Lil Wayne has been credited by many for birthing the era of “Soundcloud rappers” since they followed his lead by inking their faces and mimicking his music. Whether through a direct admiration for him or through the impact he had on the rap scene as a whole, Lil Wayne undeniably shaped the future of the rap genre. In fact, his song “Dedicate” addresses his effect on younger peers, and even Eminem, one of the greatest and most influential hip-hop artists of all time, noted the precedent set by Dwayne in Eminem’s album Kamikaze. Although rappers such as Lil Pump, Lil Xan, Lil Skies, and Lil Uzi indeed emulate Lil Wayne, they do not compare in regards to lyricism and subject matter. Admittedly, Lil Wayne often sings about the numerous ways in which he experiences women or drugs; however, his style and content have grown with him throughout his career, to the point where most “Soundcloud rappers” cannot remotely relate. This does not mean that he has turned completely sentimental, for the album also reflects his ability to successfully write a diverse group of songs. The versatile subject matter changes from violent and boastful to romantic and thoughtful to sad and confused, yet his ever poetic language binds these meaningful themes together into a masterly crafted album.