Crew Reflects on a Triumphant Season

Crew Reflects on a Triumphant Season 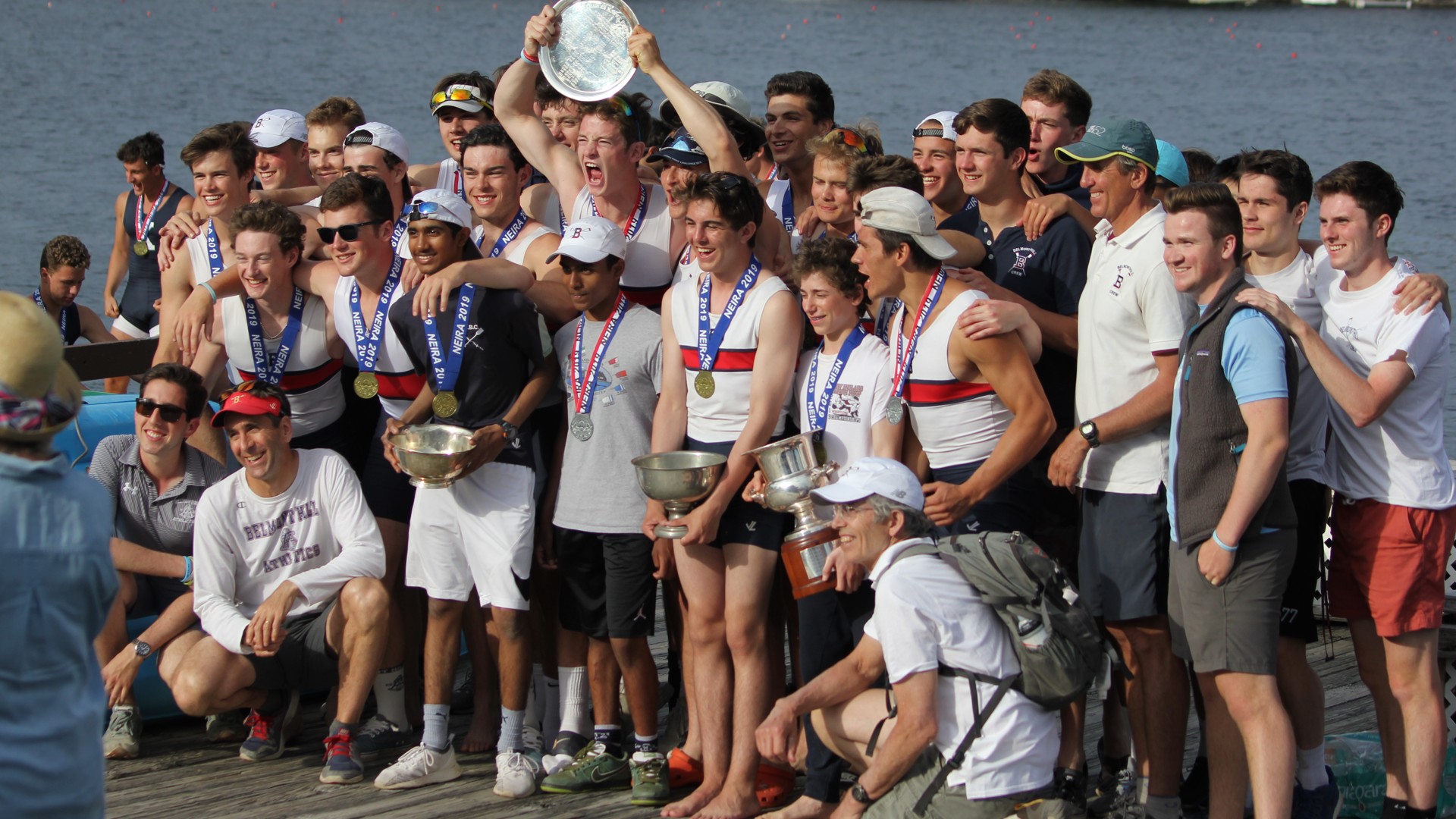 This crew season served as a benchmark of the hard work, determination, camaraderie, and grit that future crews should aspire towards. Led by captains Jackson Stone, John High, and Teddy Danziger, the team enjoyed a dominant season over other New England crews, with the 7v4, 3v8, 4v4, 3v4, and 2v4 finishing their runs undefeated and the 1v4 only losing once outside of regattas. Undeterred by an unfortunate boat malfunction at the Founders’ Day Regatta, the crew set their eyes on winning the New England Championship and defeating longtime rival Deerfield. The team met countless hours on the water, late practices, yoga sessions, an ergometer marathon, and several erg tests with dogged resolve, and their hard work this season finally came to fruition this past weekend.

The Belmont Hill crew team capped off their tremendous season at NEIRAs (New England Interscholastic Rowing Association Championships) with a team win over fast crews such as Deerfield and Nobles. The 4v4, 3v4, and 2v4 all defeated their opponents in hard fought races that came down to the second in margins, while the 1v4 avenged a defeat by Nobles earlier in the season with a strong second place finish, qualifying for Youth Nationals. The rowers were ecstatic with their results, satisfied that their time-consuming training had paid off. Ever since the beginning of the season with their record-breaking erg scores, coaches Richards, George, Stone, Parejo, and Plaut knew that they had something special in the 2019 team, and the New England Championship simply confirmed their hopes. As the 7v4, 3v8, 4v4, 3v4, and 2v4 retire for a well-earned summer break, the 1v4 looks ahead to a nationals rematch with the Deerfield 1v4 in in Sarasota, Florida, on June 6-9th.