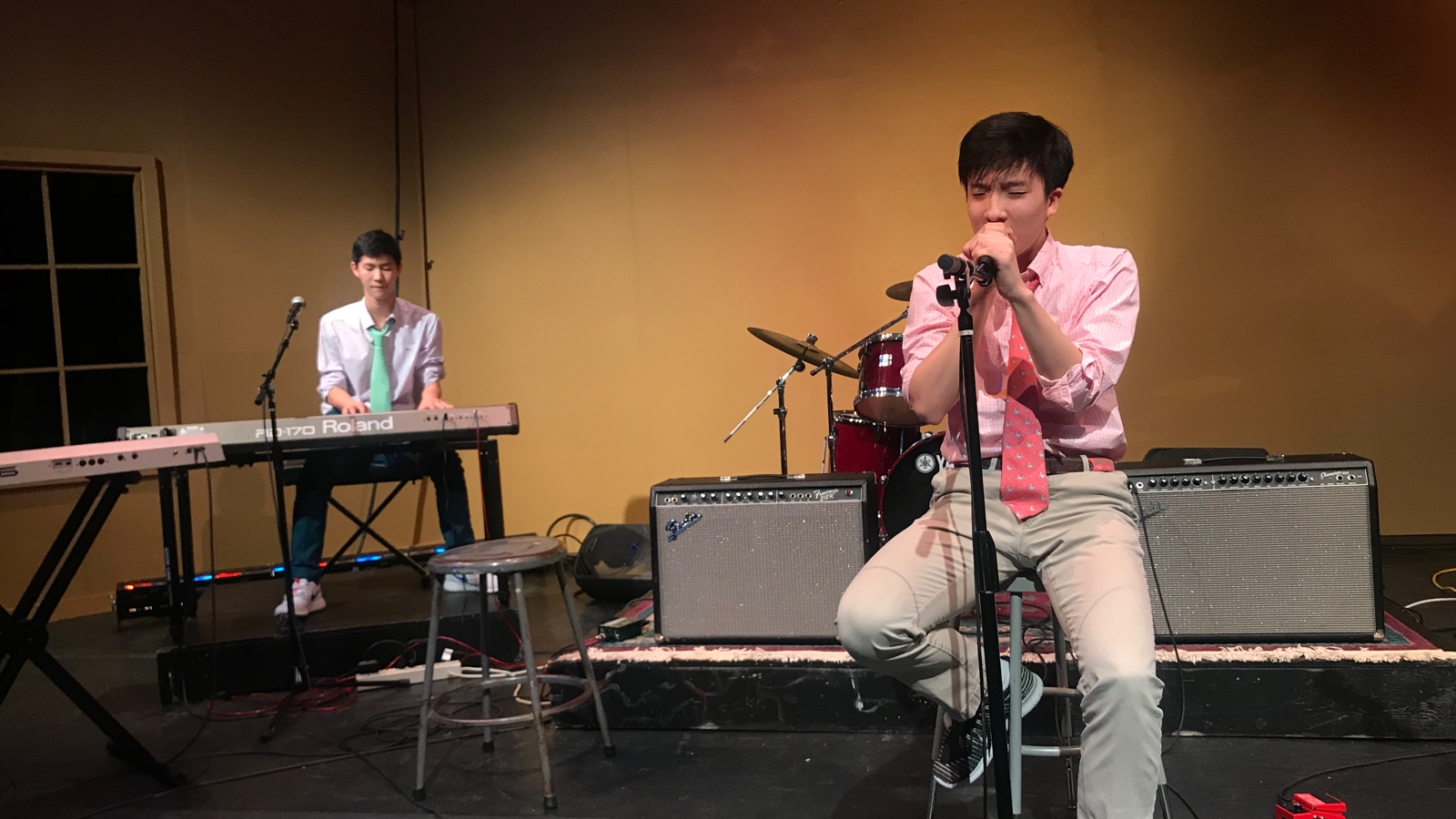 Throughout his six years at Belmont Hill, Andrew Jinhee Lee ‘20 has been one of the most accomplished members of the arts and music community.  With powerful compositions and inspiring performances, Andrew has contributed much to Belmont Hill and continues to be an active participant in school events. Andrew’s musical journey began when he started playing piano at the age of 4 years old.  When he was younger, his piano pieces focused exclusively on classical music; however, over time, his devoted enthusiasm for music led him to accumulate a wide variety of piano genres: classical, contemporary, and mainstream pop. In addition to playing the piano, Andrew began singing in the first grade.  Although he has never competed in any vocal competitions, his love for music compelled him to perform in local school concerts and the coffee house.

Andrew’s expression of choral music at Belmont Hill began in the Fourth Form when he joined the B-flats as a tenor 1 singer.  Expanding from his usual musical comfort zone, he greatly appreciates the experience and support he received from Brother P and other older musicians. One of his first live performances at Belmont Hill was his breathtaking “Lean On Me” solo in the opening school year chapel two years ago.  For many students and faculty, that remarkable solo was one of the first signs of his gifted artistic ability. After joining the B-flats, Andrew actively involved himself in Belmont Hill’s Coffee Houses, where he delivered powerful duet and solo performances of “When I Was Your Man” by Bruno Mars and “Naked” by James Arthur.

Outside of the school’s performing arts, Andrew is a gifted music composer and artist.  In terms of visual art, Andrew works independently in digital video, creating photoshopped images of his personal likings.  In terms of composition, Andrew creates vocal-piano songs which he categorizes as “pop” or “soul” music and also writes in many different forms: poems, stories, and books.  Currently, he is working on a realistic-fiction book titled “Fragments,” which is based on his life. The book, which is soon to be completed, is truly an admirable and impressive feat.  Because of his personal interest, Andrew tries to experience and discover as many different forms of art and music. When I asked him about his inspiration for music composition, Andrew credited his father as one of his most influential musical idols: “I remember how my father was always deeply interested in music; he even won a few singing competitions in his former hometown of Oklahoma.  I think he is one of the reasons I started to enjoy music and continue to create my own music.”

Since entering Belmont Hill, Andrew has truly become a reliable and talented vocalist, pianist, and composer for Belmont Hill’s music and art community.  He continues to become a source of inspiration for younger musicians and artists. Grateful to Belmont Hill for its support and appreciation of his work, Andrew hopes to build upon his work and continue composing and performing in his college!