Artist of the Issue: Austin Kwoun

Artist of the Issue: Austin Kwoun 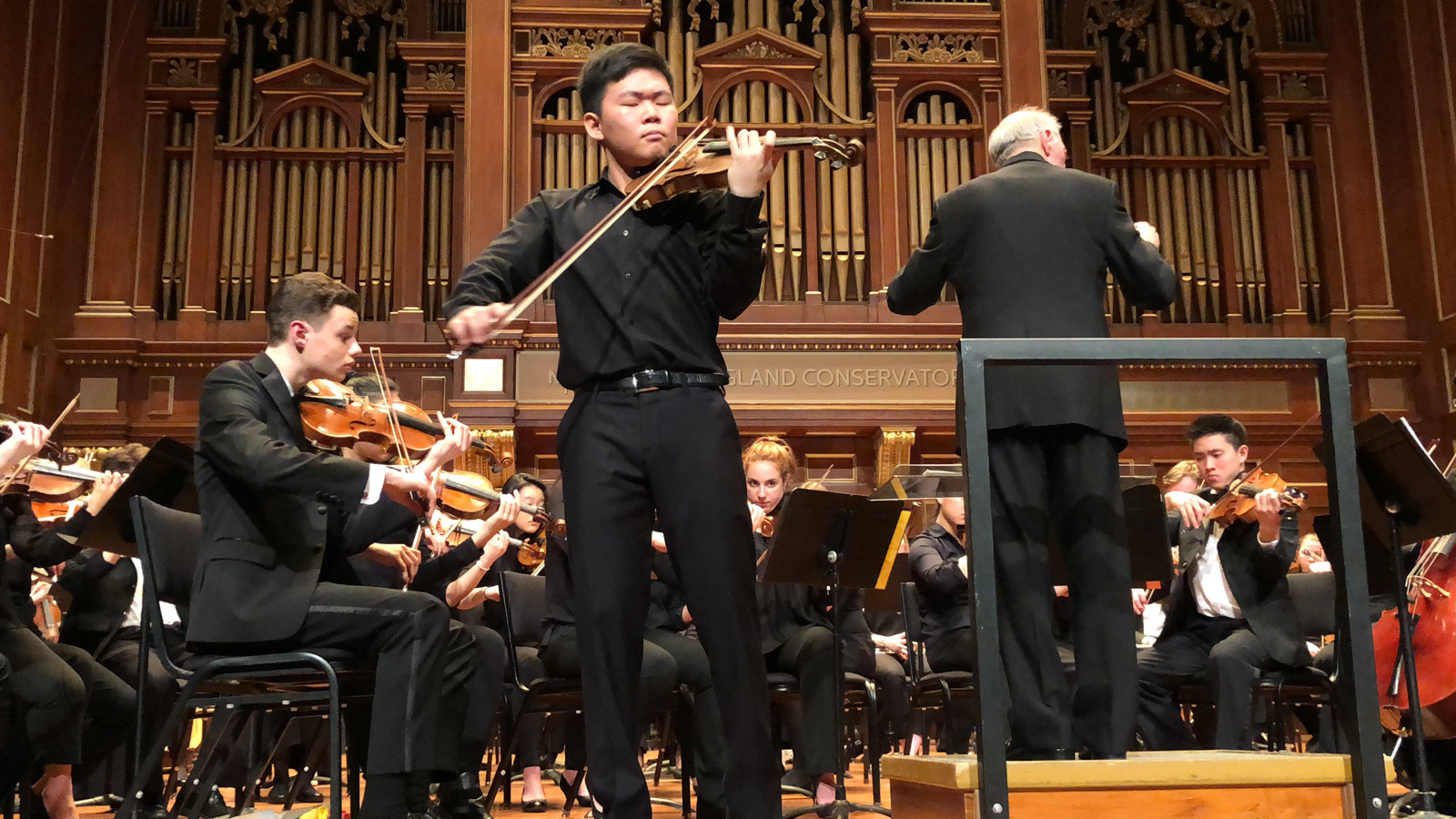 When I was deciding who should be the Artist of the Issue for this issue, Austin Kwoun ‘18 was probably the last person that came to mind. I had immediately assumed that Austin, who is so well known for his musical talents (even that may be an understatement), had already been featured as the Artist of the Issue before. Thus, when I learned that he had not, I was shocked. It shouldn’t have come as a surprise to me, however, that the former Arts editor for The Panel would have selfless chosen to showcase other artists over himself. For Austin, that tremendous dedication to the arts at Belmont Hill, even above his own work, is second nature.

Austin Kwoun began his musical career at the precocious age of five when he started playing the piano; however, while his experience tickling the ivories would serve as a great exposure to the world of classical music with which he would become so entwined, Austin would not be introduced to his true passion, the violin, until the age of eight. From there, he would sprint towards his destined role as a violinist, focusing solely on it by ten. When asked what made him fall in love with the instrument, Austin replied, “I  don’t remember exactly why I started either, but I know that I picked the violin because I was inspired by the notion that, according to my teacher of 9 years, the violin was the instrument that most purely represented the human voice.” Ultimately, it would be that notion that would drive Austin to devote himself so fully to the craft, spending as much as 3 hours a day practicing, and to aspire for and achieve such startling levels of success, as he put it, eventually reaching “human tones in ranges and tempos beyond human capability.”

In his five years at Belmont Hill, Austin Kwoun’s talents would flourish. He joined the Belmont Hill Orchestra in his first year, and would play with the group for the remainder of his time in high school. In freshman year up through junior year, he would participate in various chamber groups in the Belmont Hill Chamber Society, including the Piano Trio, which received lessons from a professor at the Curtis institute of Philadelphia, one of the premier music conservatories in the world. In his senior spring, Austin even joined the B-Flats, Belmont Hill’s singing group on campus, for fun. Austin’s achievements at Belmont Hill, however, are just the tip of the iceberg.

Outside of school, Austin would prove to be even more of a musical phenom. Among his numerous accolades, he has been the concertmaster of the Youth Philharmonic Orchestra at the New England Conservatory, the winner of the New England Philharmonic Concerto Competition, the winner of categories C and D of the New England Conservatory Concerto Competition, and a two time runner of the Boston Symphony Orchestra Concerto Competition. He has travelled the world to perform at some of the most renowned concert halls, including Carnegie Hall and the Lincoln Center in New York City and Jordan Hall and Symphony Hall in Boston. Perhaps most notably, however, Austin would be a boundary breaker as the first violinist in history in the Robert and Jane Morse Endowed String Quartet, with which he has performed in venues from Massachusetts to Philadelphia to even Norway. Oh, and don’t forget he was part of an orchestral assemble featured in a Nike ad with Kyrie Irving. Words almost fail to describe the breadth of his accomplishments.

Attending Harvard next year, Austin plans to continue playing in large ensembles and, if he feels like he can handle the workload, he’ll continue in small chamber groups as well. While Austin’s auspicious future is still uncertain, however, the Belmont Hill community can be sure of one thing, Austin’s presence will be sorely missed, both for his exceptional musical abilities and for his warm personality. And maybe, just maybe, we can look forward to hearing his name called at the Grammy’s sometime in the distant future.