Artist of the Issue: Daniel Rashes ’22

Artist of the Issue: Daniel Rashes ’22 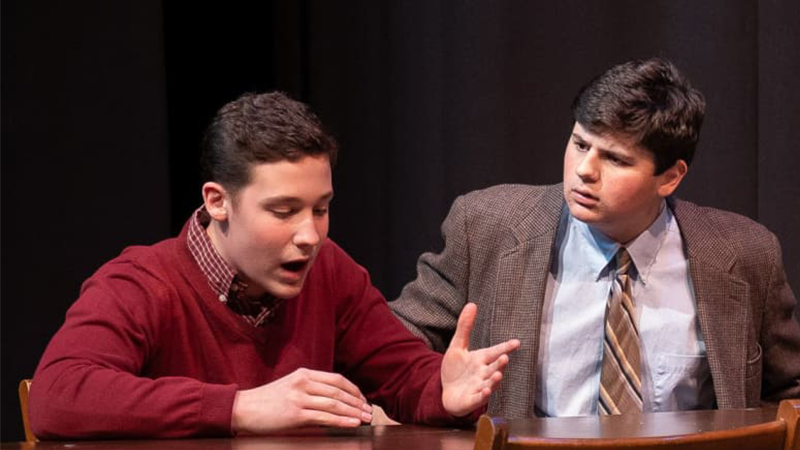 Since his arrival on campus, Daniel Rashes ’22 has remained a dedicated member of the Belmont Hill theater program, partaking in productions such as Private Lives and All in the Timing. He began his acting career at the age of seven, playing the Flying Monkey at the Chestnut Hill School summer camp production of The Wizard of Oz. Daniel says he always loved making people laugh and theater was the perfect outlet for him to elicit a chuckle from audiences.
Daniel’s love for theater also stems directly from his passion for film, which precedes both his attendance at Belmont Hill as well as his acting gigs. Daniel first witnessed the marvels of motion pictures in the early 2000s—the era of VHS tapes. His love for film subsequently grew so strong that he ended up wearing out several tapes, including childhood classics like Shrek and Beauty and the Beast. His favorite films are The Goonies, Guardians of the Galaxy, Back to the Future, and Forrest Gump.
In an interview with The Panel, Daniel cited the ability of film to connect viewers emotionally as a significant motivating force to begin acting, stating, “I had come to appreciate how entertainment could evoke an emotional response from an audience, and I found it fulfilling to pay that forward.”
Now a senior, Daniel continues to participate in the Belmont Hill performing arts, currently starring in Take Ten, a collection of short plays. After Belmont Hill, he hopes to pursue a career in writing and directing, with four college-level filmmaking courses already under his belt. The Panel looks forward to seeing Daniel on the Kraft Theater stage in the near future, and wishes him the best of luck in his acting and filmmaking endeavors.