Athlete of the Issue: Aidan McGaugh

Athlete of the Issue: Aidan McGaugh 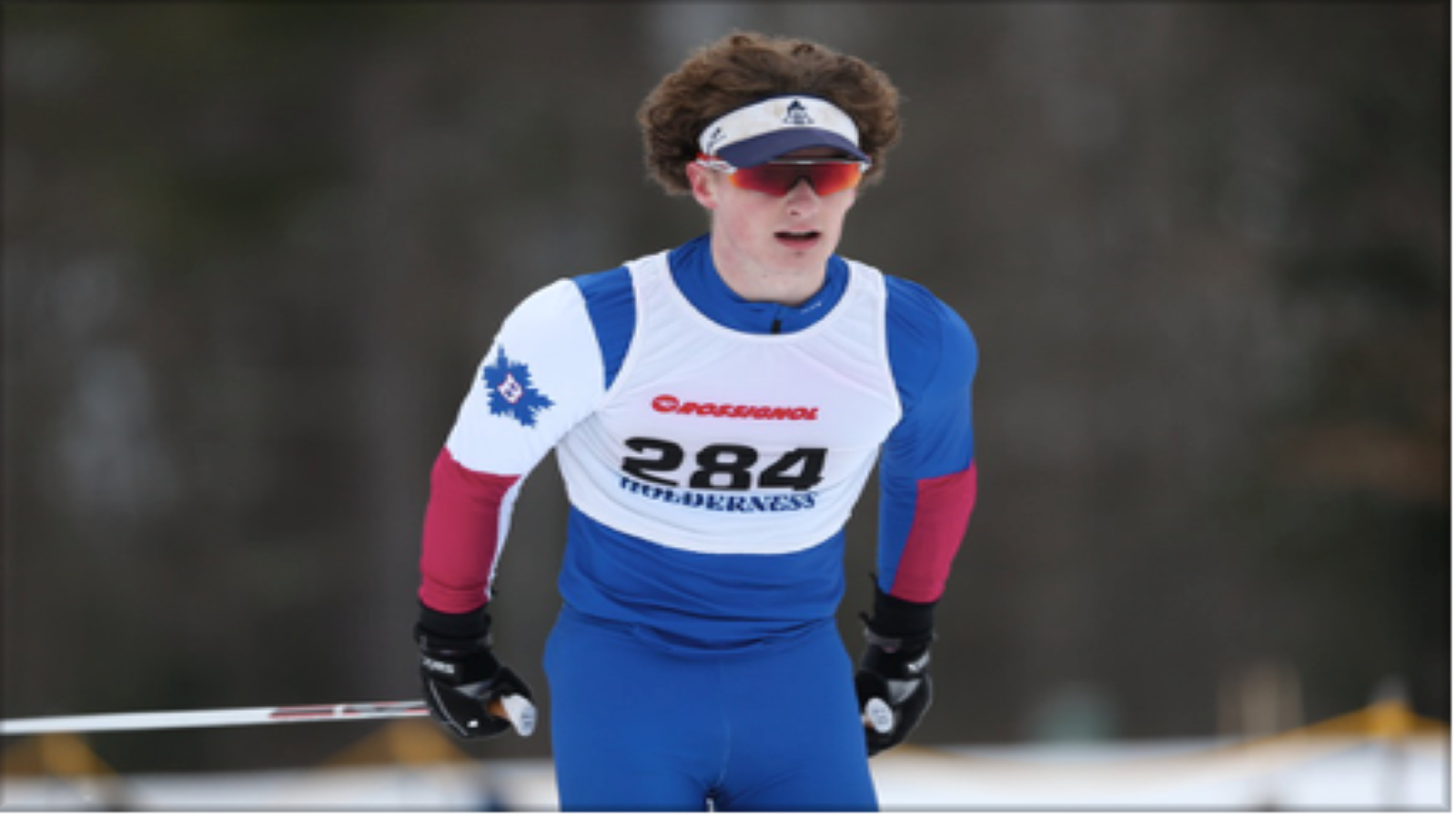 There is no denying the most popular sports at Belmont Hill are football, hockey, and basketball. They always have the highest attendance and have multiple “LoopTM” emails throughout their seasons. Nordic Skiing is not one of the most attended sports on campus, but it might be the most grueling of any of our sports. Nordic Skiing is cross country running but on skis, and for Belmont Hill’s team, they frequently travel to the negative temperatures of Vermont and New Hampshire to race elite competition. The hard work and perseverance that the team puts in to succeed is truly astonishing, which isn’t surprising considering their two-time captain is Aidan McGaugh ‘20.

Waking up at 5:30 every morning for early workouts, which include training at Harvard Stadium or roller skiing for 25-miles through Belmont, Aidan is the quintessential leader and captain. He is willing to do the most grueling workouts in the morning and still leads his team in the afternoon; he sometimes even does the same workout twice in one day. This dedication had direct results for the Nordic Ski team last season. Aidan led the team to Belmont Hill’s first-ever Lakes Region championship as well as 2nd place at New England’s, which is the highest in school history. His leadership led to team success, but his hard work also resulted in the highest finish ever of an individual skier from Belmont Hill, with Aidan placing 3rd. The greatest accomplishment in Aidan’s Nordic ski career came in early December when he set the world record for his age group for a 10k on the Ski Erg, with a blistering time of 39 minutes 44 seconds, beating the previous record by over two minutes.

Even though Aidan is the most successful Nordic Ski Captain in the history of Belmont Hill, and is in the top tier of athletes in the senior class, with 12 varsity letters, it is his leadership that sets him apart. Having attended most Cross Country meets, I saw up close how, as captain of XC, his pre-race speeches and calm demeanor before extremely difficult courses and conditions, would impact the team. His teammates have full faith in him as a leader, and he has earned their trust through the examples he has set. Fellow Cross Country, and Nordic Captain, Charlie Donahue ‘20, knows the impact Aidan has, commenting, “Aidan truly leads by the power of his example and no one works harder and I think the entire team takes their cue from him.”

His teammates, his coaches, and his friends will all tell you there is nobody they would rather have by their side, and personally, I hold Aidan in the highest regard as a friend and as a man, which is the ultimate validation of somebody’s character. These beliefs truly exemplify who Aidan McGaugh is as a captain, a leader, and a person, and why there is nobody better to lead Belmont Hill’s Nordic Ski Team to their first-ever New England Championship this season.