Athlete of the Issue: Ben Bramley ’18

Athlete of the Issue: Ben Bramley ’18 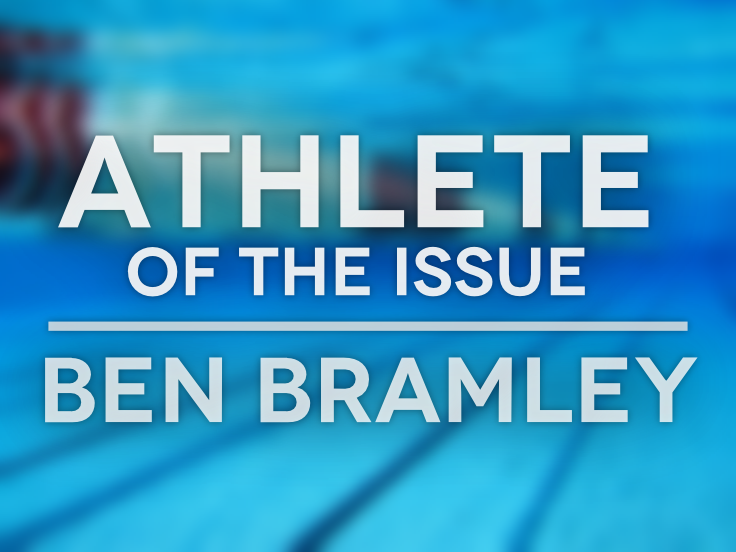 Ben Bramley ‘18 earned the title of Athlete of the Issue with his outstanding performance in San Antonio, Texas, at the 2016 USA Diving Synchronized National Championships. At the meet, Bramley and Max Flory, his diving partner out of Fairfax, Virginia, took gold in the ten meter competition for boys 14-18, and the two are now focused on the upcoming Olympic trials in June.

For Bramley, this victory has been a long time coming. Bramley first started diving six years ago, when he joined Charles River Diving under coach Agnes Miller. In 2014, Miller and Bramley attended the 2014 USA Diving Junior National Championships in Knoxville, Tennessee, where he took fourth in the three-meter springboard for boys 14-15. Not only did he finish well, but his combined scores qualified him to compete at the 2014 FINA World Junior Diving Championships in Penza, Russia, representing the US. Before travelling to Penza, Ben told Wicked Local that he “was extremely excited because I did not expect to make the meet at all.”

After a successful trip to Russia, Bramley returned ready to work even harder. This fall, Bramley left Charles River Diving for the Beede Center out of Co
ncord Carlisle High School, a much easier commute from Belmont Hill. As well as individual diving from heights of one, three, and ten meters, Bramley started working with Flory for synchronized diving. Because Flory lives in Virginia and there are no ten meter platforms in New England, Bramley has had to make several trips to practice with him. Virginia also offers ten meter diving platforms, something not found in any New England diving facilities. Leading up to this year’s Synchronized National Championships, Bramley practiced seventeen hours a week. When the time came for Flory and Bramley to compete in San Antonio, they blew the field away with a combined score of 618.27. The Olympic trials in June present the duo with a new challenge, meaning more diving trips and extra hours at Concord Carlisle. In the face of this daunting task, Bramley is all smiles, saying, “it’s just nice to see all my hard work pay off.”

Below: Ben Bramley and Max Flory at Winter Nationals in 2015