Athlete of The Issue: Connor Hopkins ’19

Athlete of The Issue: Connor Hopkins ’19 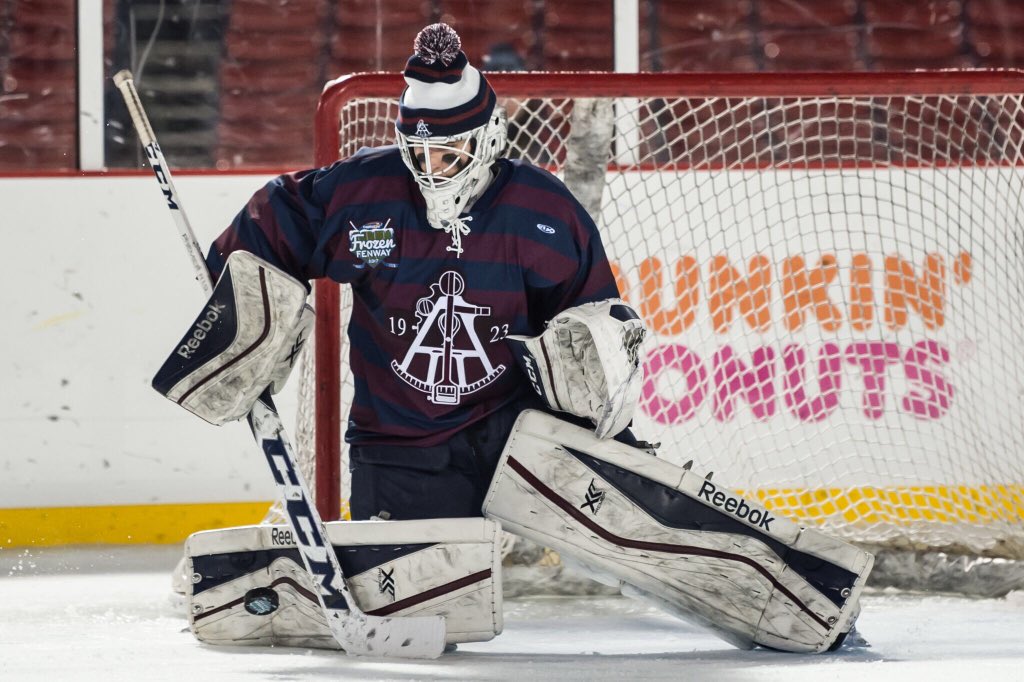 A well-known face on the Belmont Hill campus, Connor Hopkins is considered one of the best goaltenders in the United States. Committing to prestigious Yale University after finishing his freshman year, Connor continued his dominance in his sophomore year. His stellar goaltending was a large piece in the “puzzle” that led the BH hockey team to an Elite 8 birth last season. As a junior, he played a major role in some major games, including a late-season game against Nobles in which Hopkins held them to one goal on roughly 35 shots. Although, Connor never thought he would start playing goalie, “I started skating when I was 3 and was on my first team by age 4 or 5. My brother’s team didn’t have a goalie so the coach asked my dad if I would play and that’s when everything started.” Connor continued his youth hockey career with the Boston Jr. Eagles and participating in the most anticipated youth hockey tournament: The Q Tournament located in the Canadian province of Quebec. Connor described his youth hockey days as, “I was kind of thrown into the net at a young age but once I was in there I never wanted to come out. Probably the most fun thing in the world for me is frustrating shooters, stuff like that never gets old.” Connor’s role model is legendary goalie Marc-Andre Fleury, who, according to Connor, is a “beauty.” Before every game, Connor likes to stick to the same routine, “I would say I’m pretty superstitious. It’s the same thing before every game: re-tape my sticks, play some sewer ball, dynamic warm-up, then I like to visualize for about 10 minutes before I start to get dressed. And it’s been that way for years.” In his three years on the varsity team, Connor had a save percentage of .921% and tallied over 1500 saves.

Things would soon change for Connor though. On Saturday, February 24th, Connor received a call from the coach of the Tri-City Storm, a USHL Affiliate out of Kearney, Nebraska. Their starting goaltender was injured, and since Connor had two breakout seasons, they asked him to be flown out to Nebraska for the rest of the season. Connor decided to join the team and carry out the rest of his high school career in Nebraska. An emotional day for the Class of 2019 to lose such a friendly face, Connor’s departure brought the best out of all of us. Everyone was wishing him luck on his last day and he made his final goodbyes. A great friend, classmate, and goaltender, Connor Hopkins will be dearly missed from Belmont Hill, but his legacy will live on. We wish Connor the best of luck in his journeys! Big things are only to come for him.