Athlete of the Issue: Ikenna Ugbaja ’21

Athlete of the Issue: Ikenna Ugbaja ’21 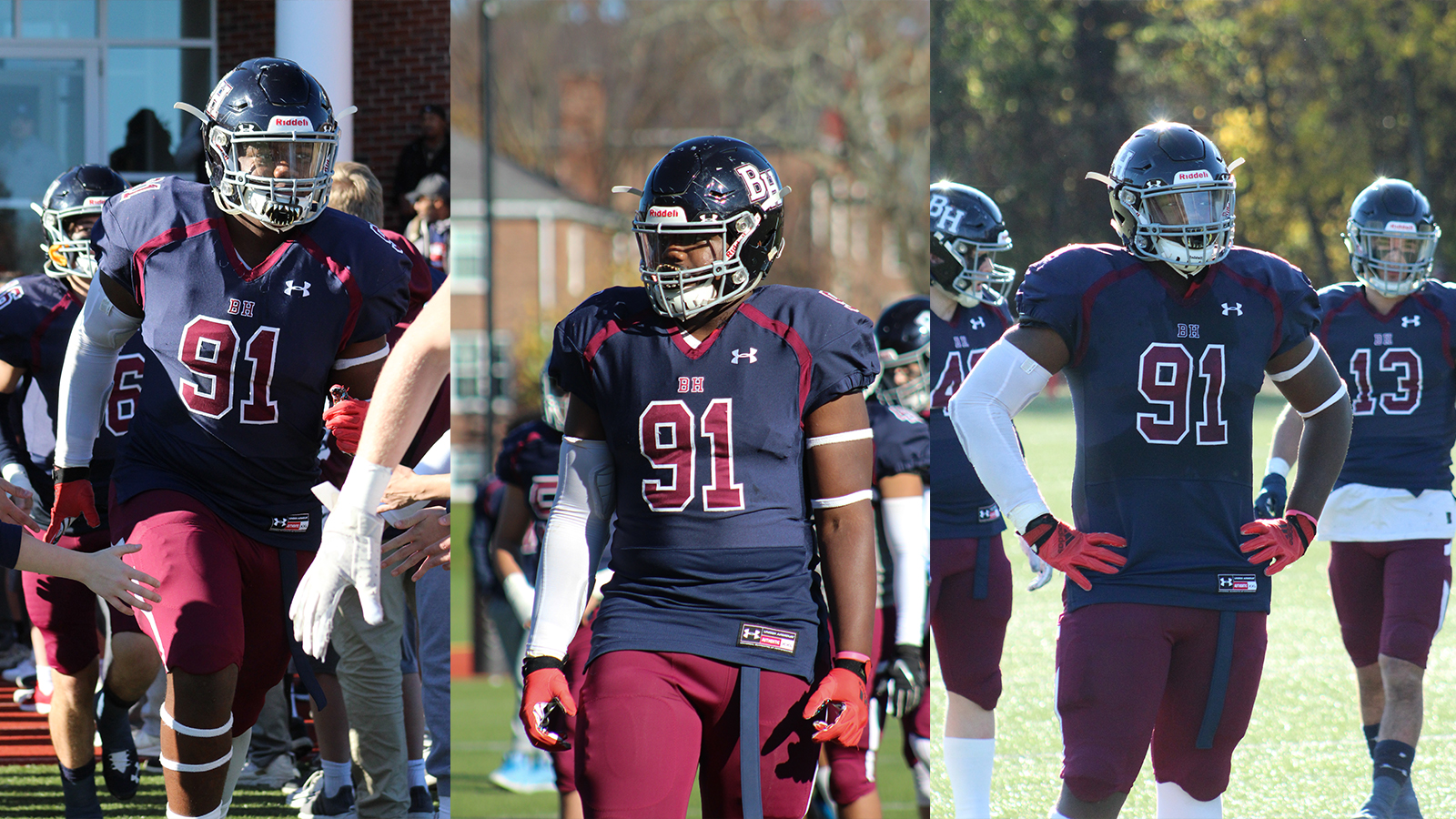 Most of us know Ikenna Ugbaja as the towering lineman and Yale commit that he is, not to mention one of the best athletes Belmont Hill has to offer. He has built up an impressive name for himself over the past five years, attracting all sorts of attention from a mix of schools, with strong representation from Division I and Ivy League schools. These successes are seen externally, but it is important to acknowledge Ikenna’s triumph as the product of incredibly hard work.

According to Ikenna, his journey started in his sophomore year. His modesty was obvious as he explained his football career thus far to me; he told me that, as a sophomore, he had no inkling that he would start on the team by the second game, let alone play at all. He faced intense pressure stepping onto a team full of New England Champions and all-around incredible players. His expectations for any sort of recognition after the first season were low, but he was quickly proven wrong after multiple high-level college coaches followed him on Twitter and he received four offers in two weeks. In another display of modesty, Ikenna stated, “I never expected any of this to happen, but I took advantage where I could, going to camps and training almost every day.” Ikenna loved the game unconditionally; to me, he was bound to play football at a higher level.

One only has to look at Ikenna to know that he is an incredible football player. He clearly has the physique of a defensive lineman, as well as the physical prowess necessary to set the edge on a football field and throw some bodies around while he’s at it. However, only by watching Ikenna’s playstyle closely does his real talent reveal itself. Don’t get me wrong, he likes to hit kids and cause chaos, as any good lineman should, but Ikenna’s real flair lies in his skillful footwork and unprecedented speed. In Middle School, he was a star receiver on the football team. I’ve played with Ikenna since Form II, and am confident in saying that, even though his body type has changed drastically to fit the profile of a defensive lineman, he has not sacrificed any speed or footwork skills. In fact, he can be almost anywhere on the field in seconds in a way that rivals even the most elusive high school receivers due to his refined technique and broad range of motion. Head Coach Chris Butler put his talent into perspective, saying, “Ikenna is the best defensive tackle I have coached in my career. He has that rare combination of size, strength, speed, and quickness.” The impressive, multi-dimensional nature of Ikenna’s skill comes from his training strategy. Anybody who has witnessed him practicing on and off the Belmont Hill turf would agree that he takes conditioning and footwork just as seriously as weight lifting and tossing St. Sebs kids around.

This year has been unusually tough for football players, but Ikenna is unusually tough. Although he will not have an opportunity to carry his team to an ISL championship or a ring this year, Ikenna has remained a major source of energy and spirit on the football team. He is the team hype man and disciplinarian; Ikenna leads the Belmont Hill jumping jacks at the end of practice, and his voice booms out more than any other as we yell B-E-L-M-O-N-T  H-I-L-L for the world to hear. He fills the team group chat with both logistical reminders and hype messages; one second he will be reminding us to respond to a coach’s email, and the next he’ll be typing in all caps about throwing kids around at the newly-scheduled scrimmage.

Ikenna also excels beyond the football field, in true Belmont Hill athlete fashion. As a winner of the Woodbury Public Speaking contest and an avid poet, not to mention a funny guy to be around, his skills are truly well rounded. Coach Butler recognizes Ikenna’s all-around excellence, stating, “I am so excited for him and his opportunity next year. Yale will offer him an outstanding football program and top-notch education.” The entire football team certainly shares this sentiment, and I think I can speak for everybody at Belmont Hill when I say I wish Ikenna luck in the years to come.