Athlete of the Issue: Jake Bobo ’18

Athlete of the Issue: Jake Bobo ’18 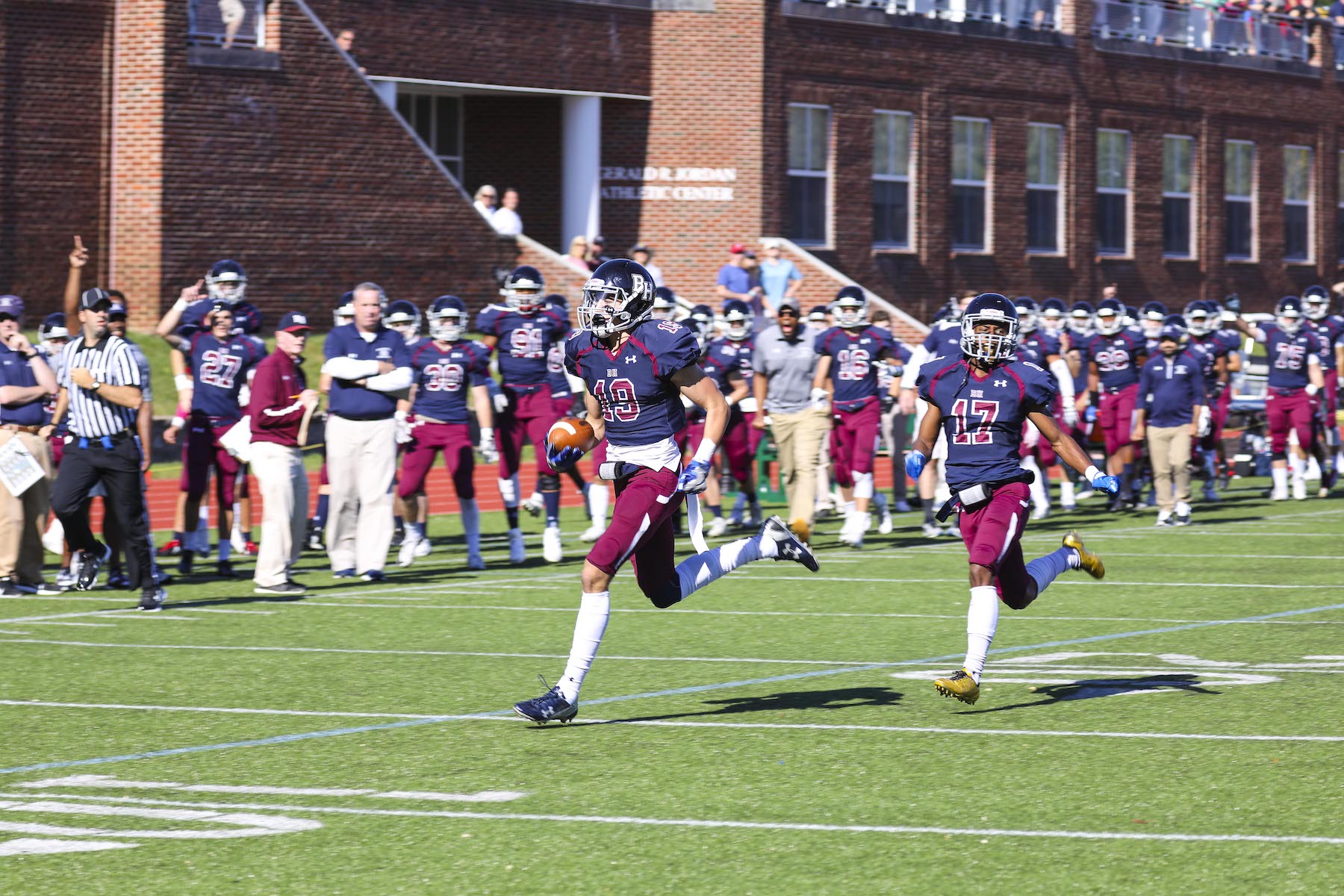 Belmont Hill football has seen a resurgence in recent years. Coming off a disappointing 1-7 season in 2015, the 2016 season saw BH Football rebound with a strong 7-2 record that finished with a resounding 41-24 win over Wilbraham & Monson Academy in the Kevin Fleming Bowl. When looking for the root cause of this newfound success, one need look no further than the high powered offense led by star wide receiver Jake Bobo. Elected captain as a senior, the 6’4” wideout has taken the ISL by storm in the past two seasons. Recording ten touchdowns, 70.2 yards per game, and 20.4 yards per reception in 2016 earned Bobo the honors of Boston Herald All-Scholastic, 1st Team All ISL, and 1st Team All New England.

However, Bobo does not concern himself with individual stats and accolades, as his main focus rests on team success. Currently 4-3 on the year, BH is tied for third in the ISL six, yet Jake believes they have the pieces to recreate last season’s success. When asked about his aspirations for the rest of the season, Bobo simply stated “I am focused on winning out and returning to a bowl game.”

In the offseason Bobo keeps himself occupied by playing on Varsity Basketball in the winter and Track in the spring. John Pappo ’18, the Captain of the Track team, said what makes Bobo so special is his “raw athletic ability” combined with an “incredible work ethic.” “Last year the team needed someone to participate in the triple jump for a the New England and ISL meets, and we asked Jake to step up. Starting his training just a week before the meet, Jake was able to perform extremely well at the tournaments, coming in third place and greatly helping the team on very short notice.” From the field to track to the classroom, Bobo is known for his hard work and determination.

Next fall, Bobo will continue his dominant football career at Duke University, where he looks to add to an up-and-coming D1 ACC football program.