Athlete of the Issue: Jimmy Harrington ’22

Athlete of the Issue: Jimmy Harrington ’22 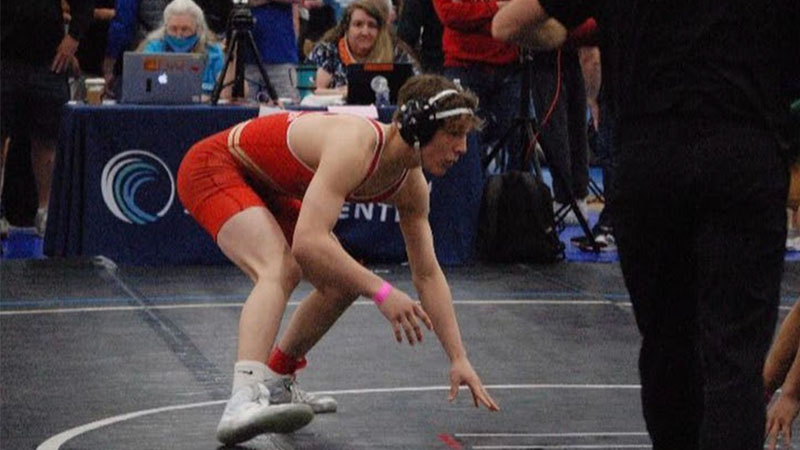 Over the last decade, Belmont Hill has had one of the best wrestling programs in the country, having won many ISL and New England Championships. They also have had an abundance of star-athletes, having placed many All Americans, however none have stood out like Jimmy Harrington ‘22.

Having started wrestling at the age of four, wrestling has always been a part of Jimmy’s life. After dominating in the local youth program in his town, Jimmy then seeking a higher level of competition, joined Belmont Hill in ninth grade. As a freshman he placed 8th at prep nationals for the 106 weight class, making him an all-american. As a sophomore, Jimmy took a big step up, by placing 5th the following year with much more competition at a higher weight class. Finally during Covid, Jimmy was able to take a break from wrestling and reignited his passion for wrestling, and in that next season he won prep nationals.

Jimmy attributes some of his success to his dad, who helped him elevate his game being a wrestling coach himself. Jimmy remarks how, “ there was definitely a point where I was ready to take it to the next level … and he recognized that, and then we were going to tournaments every weekend, driving hours on end.” He also thanks his many coaches saying, “I am very lucky to have had many amazing coaches, it’s a blessing.”

Jimmy is prepared to go even further in his wrestling career, he is committed to wrestle at Harvard next year. The wrestling team and Jimmy hope to win the New England championship and prep nationals once again this year. And Jimmy hopes to win prep nationals once again as defending champion of his weight class. Jimmy hopes to leave with one final piece of advice to wrestlers and all athletes, “ Love what you do … and then don’t back down from a challenge.” The Panel wishes the wrestling team and Jimmy Harrinton luck on their upcoming season.