Athlete of the Issue: John High ’19

Athlete of the Issue: John High ’19 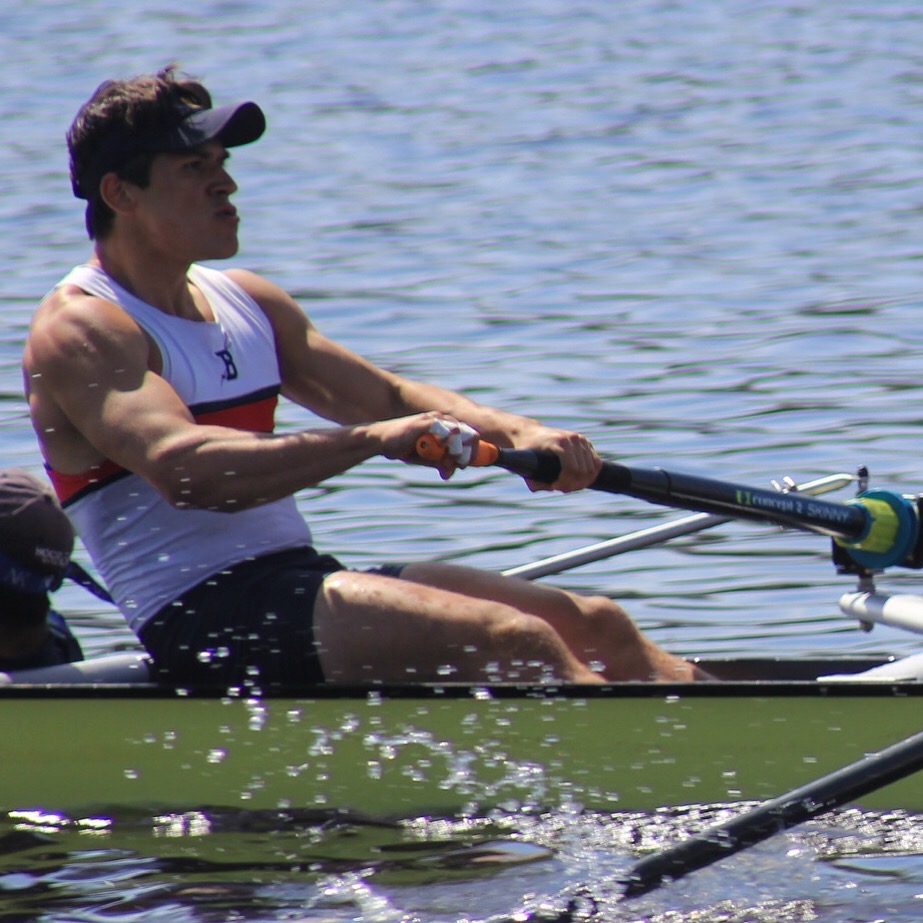 Like many other past great rowers, John High began his Belmont Hill rowing career having never stepped into a shell before.  He entered school as a star cross country and track runner, as well as an aspiring hockey player, in the fall of 2016. Before his first spring season, he found the allure of Belmont Hill crew irresistible and ditched his track spikes for an oar.  Watching John’s progression as an oarsman has been special for me because he and I rowed together in the completely novice 5v4 together in 2017, our first year. While we were not a particularly technical crew, we rowed a few gutsy races and even took on the 4v4 in an almost successful attempt one afternoon at Middlesex.  While he was not naturally adept, John possessed all the fundamental characteristics that make someone great at crew; most of all, grit. Coach Richards noted, “You can teach technique to anyone, but what you cannot teach is how to pull hard, that is innate, and every time John High’s blade entered the water, he pulled as hard as he possibly could.”  After a solid first year, John returned for his junior spring where he became an overnight phenomenon. His erg scores were solid, and once his technique came along, he bounded from the fourth boat to the second boat quickly. At the conclusion of the season, John and his crew took home the only gold medals of the day for Belmont Hill at NEIRAS, and his teammates elected him captain.  This year as a senior, he is a fundamental part of the team’s top boat, a solid contender for a New England championship. Also, he is hard on the heels of entering Belmont Hill’s most exclusive erg club, the 23.00+ weight adjusted watts category. Only eleven guys in the history of Belmont Hill rowing have cracked this barrier, and John is now one of them. Coach Richards had this to say about it, “I once coached with a guy who described a rower in one of his crews as ‘so tough he would bite the #ss off of a bear’. This is how I think of John.  He is super-tough, super-motivated, super-modest, and super-devoted to his team and teammates. He has made incredible progress since he started rowing just over two years ago.”  Next year, John is off to Princeton University where he will row for the Tigers on the men’s lightweight team. For now, he and the Belmont Hill team have unfinished business on the Charles and on Lake Quinsigamond at the end of May!