Athlete of the Issue: Luca Foschi-Walko ’20

Athlete of the Issue: Luca Foschi-Walko ’20 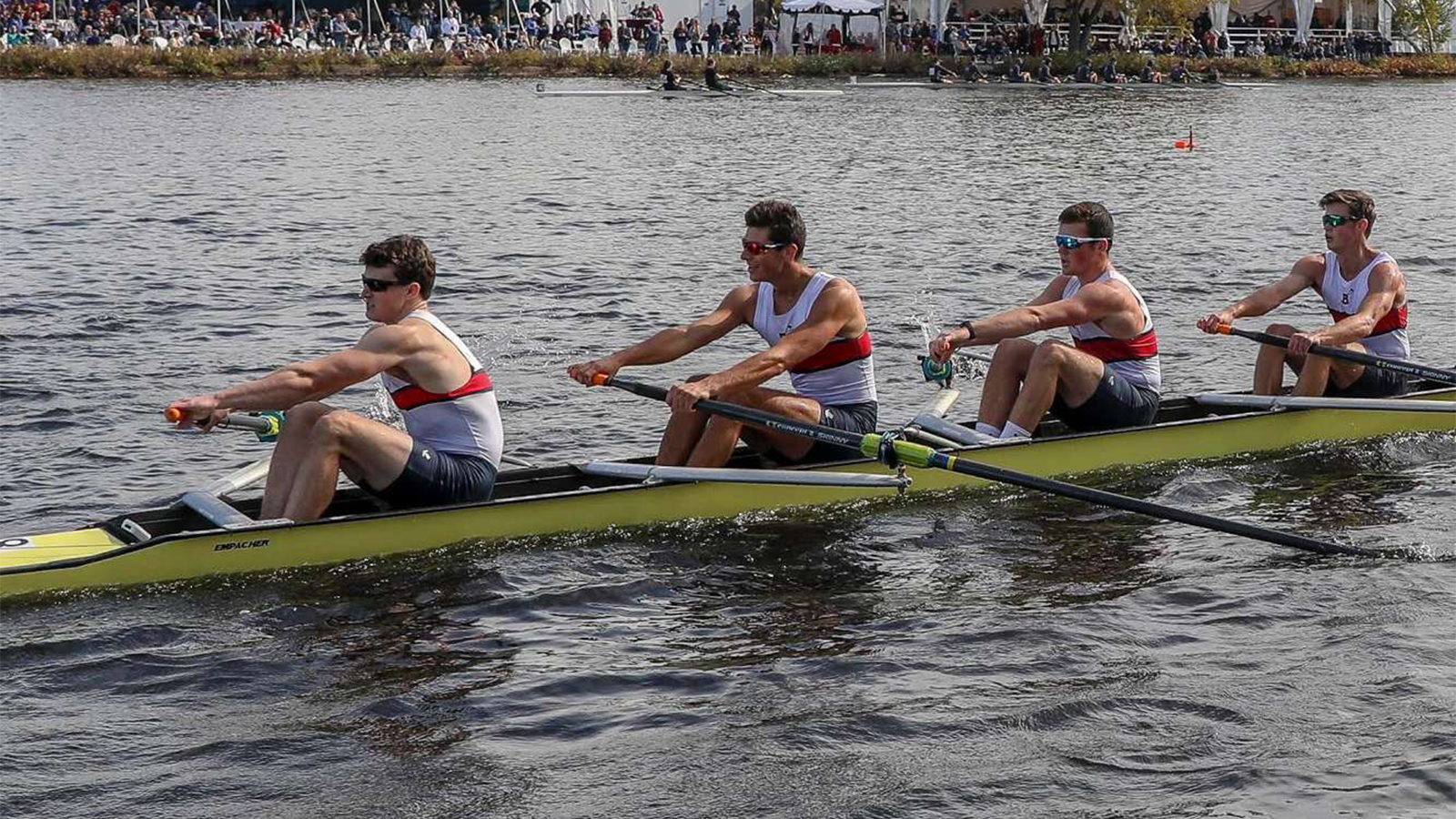 From November to February, the humming of the fans of the rowing machines echoes throughout the Jordan Athletic Center. Luca Foschi-Walko has rowed millions of meters in the cramped hallway above the squash courts, staining the ground with his sweat. Luca’s path to rowing was different from most Belmont Hill students. A family friend who owns the only rowing program on Cape Cod helped convince him to try the sport over the summer. Luca’s first strokes were with the two-week Cape Cod Youth Rowing learn to row program. A natural athlete, in his 9th-grade year, Luca played varsity soccer, hockey, and crew in the spring.

As a sophomore, Luca became more serious with his rowing. He would erg until one am after his winter hockey practices, building his aerobic base. Realizing that Cape Cod Youth rowing was limiting his development, Luca looked into taking his talent to a private school. He first toured Belmont Hill in 8th grade but hesitated about attending an all-boys school. However, he found his way back to Belmont Hill a couple of years later as a sophomore. After his visit day with Andrew Berg ‘18, Luca realized the closeness of the Belmont Hill crew team. Speaking with Coach Richards in March closed the deal for Luca: “Just the fact that you guys were training in Florida for your season, made it clear that it was a very legit program.” Additionally, Belmont Hill logistically made the most sense for Luca because he did not want to go to a boarding school, but needed the five-day boarding option.

Luca’s fondest crew memory was winning the 2v New England Championship last year. The 2v event is special for Belmont Hill with an impressive winning streak of 14 years. After the season, Luca went to the Chula Vista Elite Athlete Training Center to try out for the United States Junior National Team. Although he was not selected to compete at Junior Worlds in Tokyo, Japan, the tryout experience helped Luca set goals for his 2020 season campaign. He trained to beat and achieve better results this year than those that made the team. Despite the cancellation of his senior season, Luca reflected that “More than anything this year, I wanted to be in the minds of the coaches as one of the best captains ever on the team.” As a proud team member, I believe that Luca has achieved this goal. He took the initiative to create a training plan for the winter training group, helped organize a meter challenge for the spring, and is a friend to all. On paper, Luca may be remembered for his blistering 2k time of 6:12.4, placing him second in Belmont Hill history, but to me and others, he will be revered for his leadership.