Athlete of the Issue: Matthew Goncalves ’20

Athlete of the Issue: Matthew Goncalves ’20

If you’ve had the chance to wander down to the varsity soccer field and watch a game, chances are you’ve witnessed senior striker, Matthew Goncalves, score a few goals. This past Wednesday at St. Marks, the team won 3-0 and Matthew banged in two goals to tie the Belmont Hill all-time scoring record of 60 set by Jake Duker ‘05. This past Saturday, he scored a beautiful goal away against Governor’s Academy to secure his spot in the Belmont Hill history books. Matthew’s stats since Form III are incredibly impressive despite multiple injuries. Matthew scored 11 goals in Form III, 16 goals in Form IV, 14 goals in Form V, and 20 so far in his senior season.

Matthew is a scoring machine. Defenders everywhere have learned to fear his skill on the ball and finesse finishes. Captain Hamza Shemsu ‘20 speaks very highly of Matthew: “He is a very talented player who can make something out of nothing. He’s a dynamic player that is able to connect well with his teammates and also dribble.” With this talent, Matthew has helped the team qualify for New England’s three out of the last four years.

While Matthew’s soccer skill is certainly something to admire, it is his heart and desire to win that sets him apart. Despite being the all-time goal scorer at Belmont Hill, he remains down to earth. Hamza commented, “He looks to improve every day and knows that he can continue to get better in every aspect of the game.” His work ethic and desire to grow as a player inspires the rest of the team to be the best that they can. He truly puts his heart and soul into every game he plays. Any Belmont Hill soccer player can attest to the fact that he is the most excited when the team wins and the most heartbroken when they lose.

Being a recruited athlete at Cornell University, a two-time all-ISL player, and an all-state player, his accomplishments are many but he still looks towards the future. Matthew can’t wait for the challenges ahead of him and will surely do everything he can to assure that the team reaches their goal of earning a home playoff game. Matthew genuinely believes that “we can shock a lot of people in New Englands and win the championship.” I believe him too! Varsity soccer is set to play Worcester Academy on Wednesday, November 13th, at 2 PM. With Matthew’s skill combined with his worth ethic and heart, anything is possible. 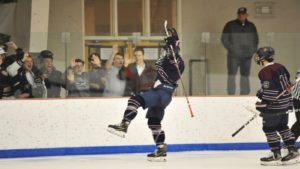 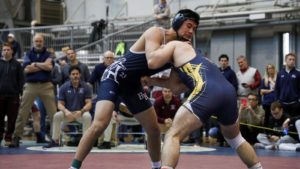