Athlete of the Issue: Ray Hunt ’17

Athlete of the Issue: Ray Hunt ’17 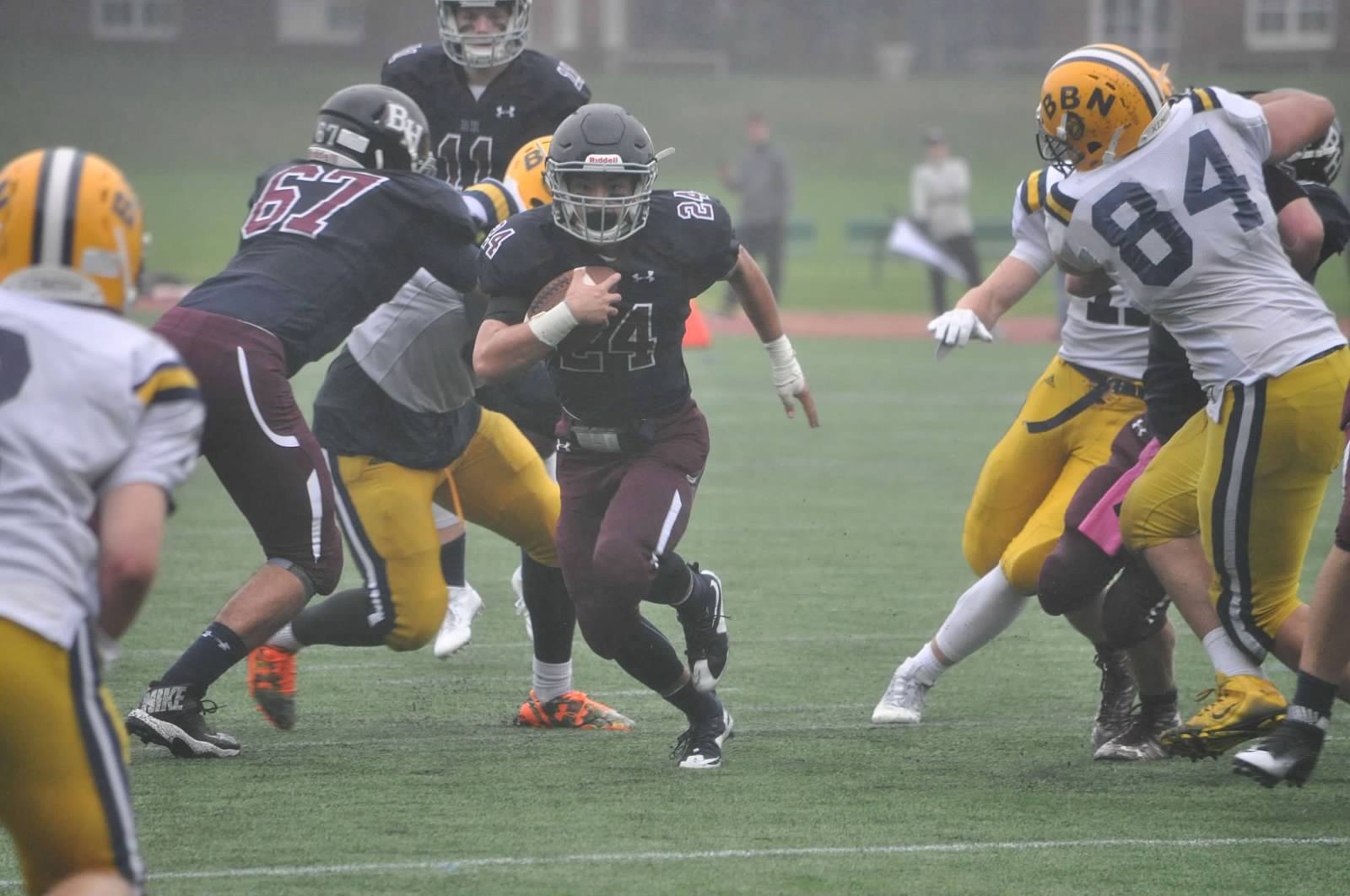 All that can be heard is the uproar from The Loop. Ray Hunt ‘17 has just broken a tackle and flown into the end zone. This is a very common occurrence on Saturday afternoons in the fall. As Ray, the school president, explained in his speech to the school, his talents were not always as outstanding as they are today. After being put on the defensive line as a seventh grader, Ray’s ambition to be a running back pushed him to be better. Six years and countless sprints later, Ray is now the captain of both football and track. Not only can these feats be attributed to his skills, but also his natural leadership ability. Ray’s passion for athletics and Belmont Hill rub off on any student, or teacher, that spends time with him. Last season, when the football team did not have the most successful year, Ray still showed up to every practice with a smile on his face and ready to improve. His reliability as a sprinter and running back makes him a serious threat to other teams. Not only is Ray able to gain yards in times of need, but also protect the quarterback on passing plays. His experience on offense and defense make him an excellent mentor to all the younger players on varsity football. Ray’s determination to improve makes him an excellent role model for all athletes at Belmont Hill. Being a two-sport varsity captain, school president, member of the Cum Laude Society, and violinist in the school orchestra, Ray truly is a “ray-naissance man”.