Athlete of the Issue: Tom Goguen ’22

Athlete of the Issue: Tom Goguen ’22 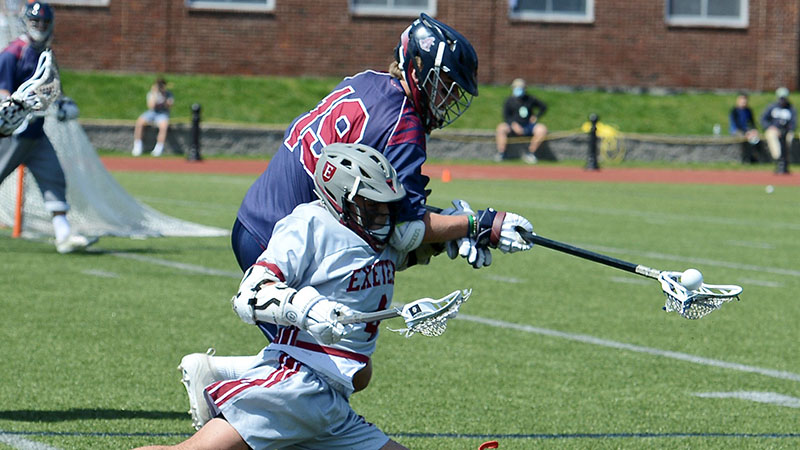 Tom Goguen ’22, captain of both the Hockey and Lacrosse teams, is coming off a successful senior hockey season and preparing for his final spring lacrosse season at Belmont Hill before heading off to Dartmouth to continue playing lacrosse. On the field, whether playing for the Belmont Hill varsity team or his club, the Fighting Clams, Tom has shown consistency in his athletic successes.

Although the COVID-19 pandemic disrupted his season, with games canceled or spectatorship limited since the spring of 2020, Tom has still managed to thrive among his teammates. He notes that “some of my most memorable moments as an athlete at Belmont Hill have been beating Sebs three times last lacrosse season and this hockey season as a whole. Being a part of these teams has been an honor.” In addition to his teammates, Tom thanks his “Dad for being the one who influenced my athletic career the most. He has pushed me to be the best version of myself not only as a player but as a leader and teammate.”

Tom is looking forward to returning to the lax field this spring. He “believes in the team and [is] excited to learn, grow, and compete alongside them.” The team is poised to challenge for an ISL title again under the leadership of Coach Sullivan and Captain Tom Goguen.

In addition to his upcoming season playing for Belmont Hill, Tom has committed to Dartmouth for lacrosse and anticipates playing in college. He stated, “I’m looking forward to forging my own path as a college athlete and taking on a new challenge.” He is as prepared as he can be for the increased competition in the Ivy League.

As a final note, Tom said that “I would like to thank all my teammates, coaches, and my family for molding me into the man I am today. I’d also like to shout out the hockey team this year. Love you boys.” The Panel wishes Tom the best for his final spring season and his future lacrosse career as a player at Dartmouth.