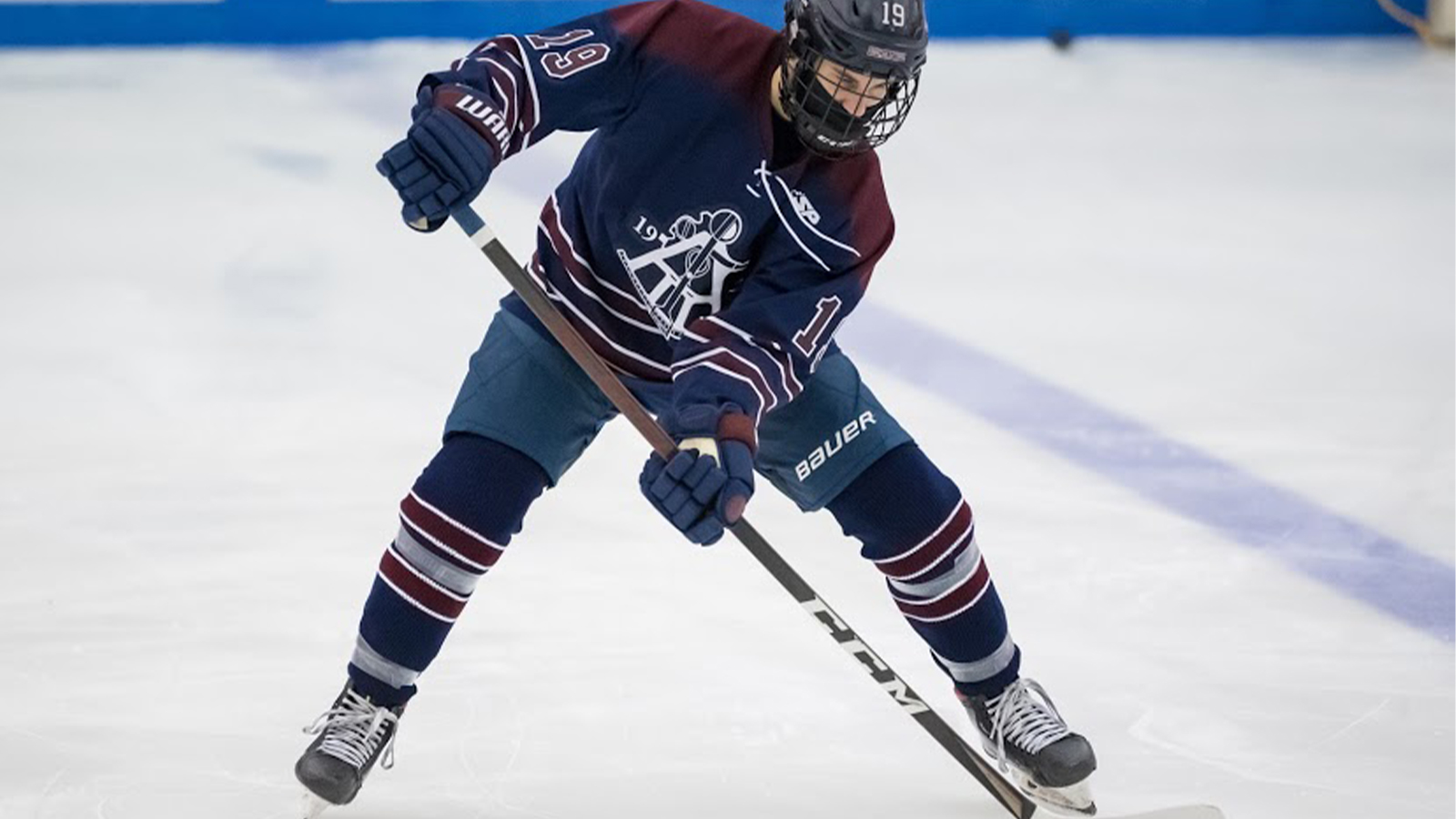 As one of a number of committed athletes at Belmont Hill, Tyler Rubin ’21 has made a name for himself on the ice. His strong academic record and athletic excellence have earned him a future spot on Princeton’s hockey team, while he currently continues to lead our Belmont Hill team as captain.

Rubin started skating when he was 3 years old, and for the past ten years has played for the Boston Junior Eagles on top of his three years of varsity hockey at Belmont Hill. He says he began the sport because his older brother played, but what started as a hobby for young Tyler has turned into a central part of his life. “It’s what I look forward to every day,” he says. He loves the game because it “lets me be in control and dominant on the ice,” and allows him to feel like an entirely different person between the glass.

Now in my second year on Varsity hockey, I was able to witness the importance of Tyler’s crucial role on the team last year as a starting defenseman, and now this year in an even greater leadership position as a co-captain. Despite having no regular season, Tyler has always made sure to push the pace at practice, keep morale high, and get us ready for whatever scrimmages we have on the weekend.

Talking about the team, Tyler says that Belmont Hill has been an integral part of his growth as a hockey player. “I love the boys and all my teammates. They push me every day to get better.” He also thanks Coaches McCarthy and Phinney for their influence on him over the past three years, citing that he “wouldn’t be where [he is] today without them.” Beyond his growth and success as a hockey player, Tyler tells me that he is grateful for his teammates and the memories they have shared together.

As the winter ends, Tyler will lace up the skates one last time for Belmont Hill, etching his final marks into the team’s long, storied history. While Belmont Hill will surely miss Tyler and his presence on the ice, Princeton will be getting one hell of a hockey player and one hell of a kid.