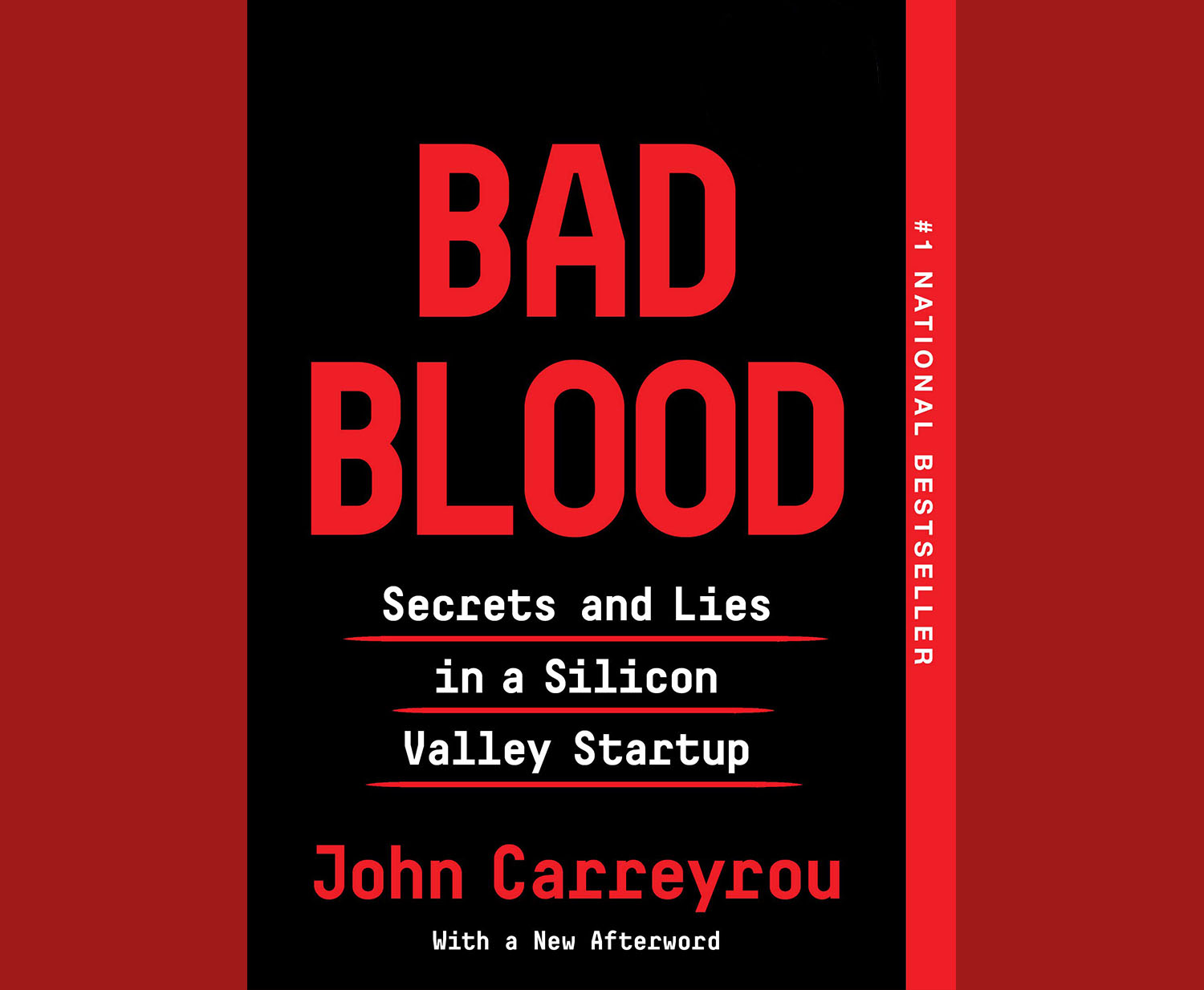 Bad Blood by John Carryrou tells the story of Elizabeth Holmes and her company Theranos. It highlights her dubious practices at Theranos, which claimed it could do blood tests with small machines and very little blood, as well as the journalism and investigation that led Carryrou to bring the case into the limelight. Carryrou is a writer at the Wall Street Journal, where the first story about Theranos gained public attention. His investigative approach, fine tuned through his work as a journalist, and his depiction of an unconventional office romance between Holmes and her co worker contribute to a captivating book.

Elizabeth Holmes, the founder of Theranos, led the company to its financial peak at over 9 billion dollars. She was often considered the female Steve Jobs due to their similar dress and demeanor. Thernos’ hook was how simple, effective, easy, and efficient the blood testing would be. The only issue is that the “technology” that it created wasn’t accurate. The machines did not work correctly, and several people throughout the United States were affected by Theranos’ deceit.

What drew me to this book was its relevance to current news; Holmes is currently on trial for fraud. I think the book successfully presents a complex and interesting narrative while also providing accurate information. It was fascinating to read because the first three-quarters of the book is about Homles’s company, and the last quarter is from Carryrou’s perspective and what he saw while uncovering this story.

The book is a relatively quick read at only 300 pages and is one of my favorites of the year. I recommend anyone who enjoys nonfiction to read this book because it is very factual, accurate, and analytical.