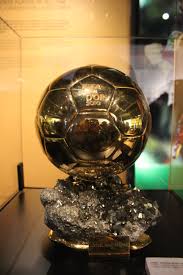 The FIFA Ballon d’Or is the most prestigious individual award in the worldwide sport of soccer. Since 2010 when the FIFA Most Valuable Player of the Year Award and the Ballon d’Or were merged into one, this has been an award for which the greatest male players around the world have contended. To close out 2015, the semi-finalists for the award were the Spanish La Liga standouts: Messi, Ronaldo, and Neymar. They were chosen not only for their tremendous statistics and moments of soccer brilliance but for their team play and sportsmanship in the game. In a tight decision, Leo Messi took home the award for the record fifth time, begging the question; is he the best player to ever play the game? While he has had great club and international success, many claim he needs to seal the deal and win the World Cup with his national team Argentina, a task easier said than done as he reached the finals in the 2014 World Cup against Germany only to lose in stoppage time on a remarkable goal from Mario Götze. Also at this end of the year FIFA celebration, Carli Lloyd received the women’s equivalent of the Ballon d’Or in the form of the FIFA World Player of the year, the only American woman to win the award other than the great Abby Wambach. Yet still, there is a relatively little-known award given out at this ceremony called the Puskás Award given to the “most beautiful goal of the year” according to FIFA. The winner for 2015 was a small league player in Brazil named Wendell Lira who scored a truly incredible off-balance bicycle kick, netting it in the bottom corner of the goal giving the goalie no chance. Making this award so special is that it is given to any credible goal, not only to famous players in big, famous leagues. This is an account of Wendell Lira from Brazil, “Once his dream was to meet Neymar. He was happy to be on the shortlist beside Lionel Messi. He didn’t sign a single autograph before the ceremony while walking on the red carpet because nobody wanted one…On a rainy day, he scored that goal in front of 250 spectators only. Someone uploaded that video to YouTube and the rest is history.” While soccer may not be the most popular sport in the US, it is most definitely a global phenomenon and a universal language uniting people from all walks of life of every age for its moments of passion, heartbreak, and uncompromising victory. Amidst FIFA’s problems with corruption, the Ballon d’Or shines a light of hope showing that nothing can taint the Beautiful Game or its magnificent virtuosos from the magical Messi to the lucky Lira to the little toddler learning how to dribble a soccer ball.