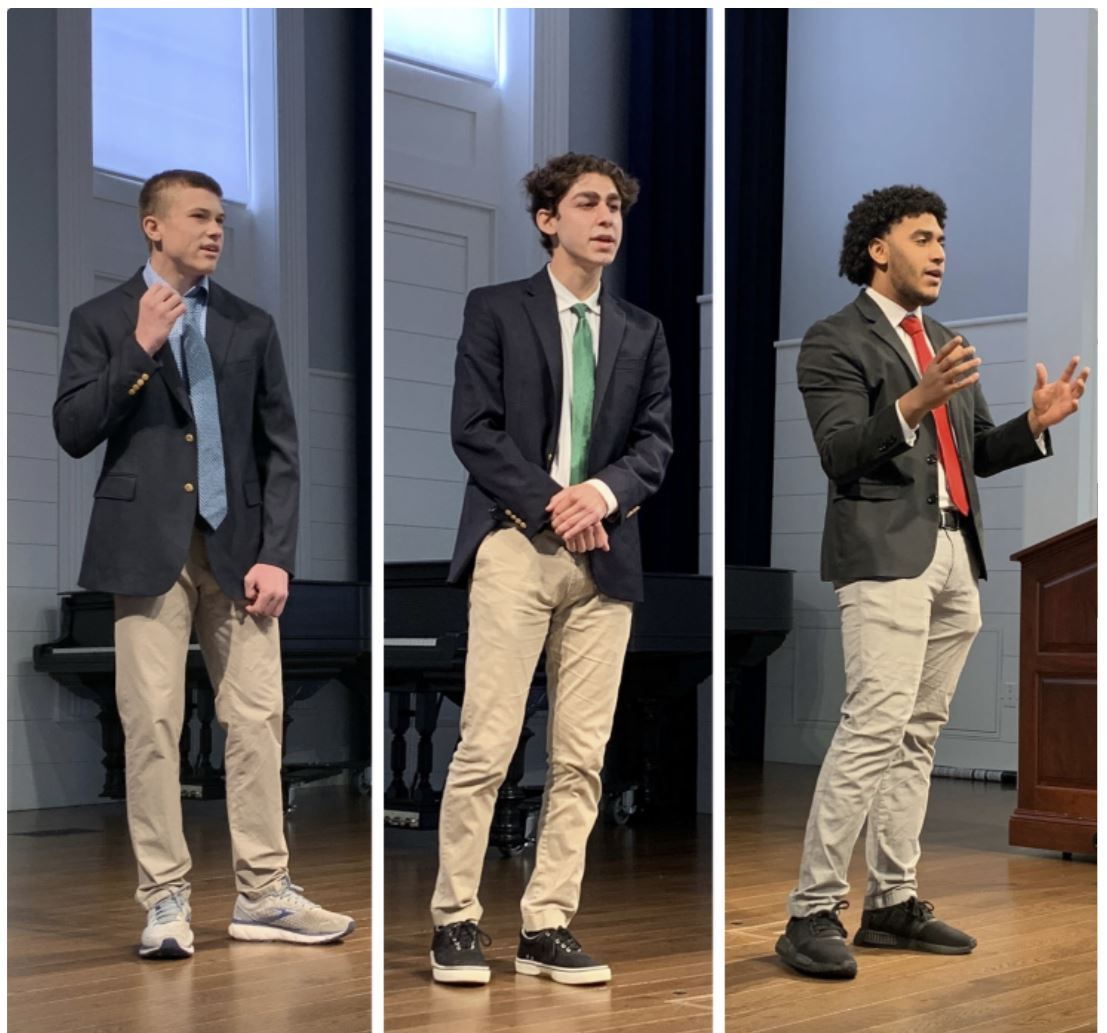 While all the performances were fantastic, three were distinguished as winners: Daniel Bittner with the incredibly long poem Ode to a Nightingale by John Keats, Arec Keomurjian with both an Armenian and English version of Scales by Hovhannes Shiraz , and Brathes Sanchez not only demonstrating the poem  Short Speech To My Friends by Amiri Baraka but also bringing attention to Adam Toledo , “a 13-year-old boy shot and killed by police.” This year was slightly different than usual as only the advisories of those participating were in person. However, the new chapel was a much-improved space with better acoustics and lighting.

Dr. Tift “ admired how the whole school rallied to find creative ways to hold Poetry Fests in English classes this year; it was also exciting to have the finals feel almost normal again, with the students filling the new-and-improved chapel with their excellent performances, met by enthusiastic applause from the live audience.”

The process of familiarizing, truly understanding, and then performing a poem is an incredible experience that represents Belmont Hill as a school and community.