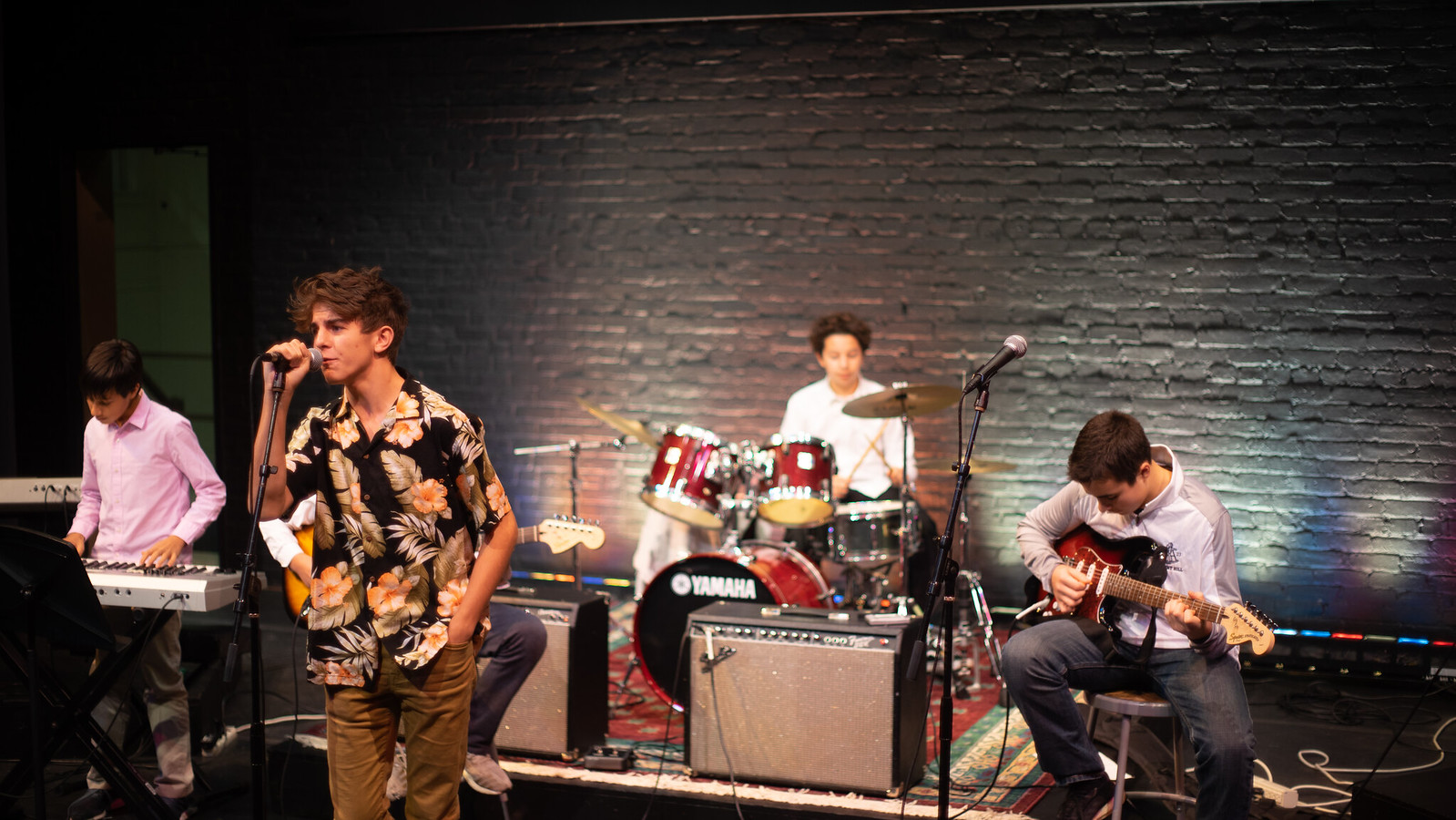 As the fall days become shorter, Belmont Hill’s music building continues to host a variety of talented student music groups. In highlighting each group, The Panel hopes to convey how many students are involved with music to some extent at Belmont Hill and the time commitment that these boys have made to the arts. Several new middle school musicians have provided great additions to the lower numbers of Upper School participants. According to Mr. Fiori, this year’s groups have proven ready to take on challenges, and student-musicians have not shied away from the challenging repertoire.

The Middle School Jazz band, for the first time in recent history, can be classified as a full ‘big band.’ The group touts a full rhythm section of piano, drums, and bass guitar, as well as four trumpets, two trombones, and five saxophones. The players have been working on “Soul Bossa Nova”, which is Austin Powers theme song, and “superstition” by Stevie Wonder. Mr. Fiori says that he is excited by the various number of participating students and to feature the school’s new tenor in the traditional five-piece saxophone section.

After a reduction in numbers last year, the Upper School Jazz band is excited to welcome four new members and attain the size of a ‘Little Big Band.’ This classification has broadened the number of scores available for the group to play; currently, they are working on “Freddy Freeloader,” “Ran Kan Kan,” “Pick up the Pieces,” and “Jazz Bug.” The Upper School Jazz Combo, while slightly reduced in numbers, remains energetic for a year of music. They finally have a full-time singer who provides an exciting addition for the piano, bass, and tenor saxophone players. The group has been rehearsing “Take the A Train,” a Jo Henderson Basanova called “Recorda Me,” and a Sam Rivers ballade named “Beatrice.”

Both the Middle and Upper School Rock bands have enjoyed the additions of new musicians, creating exciting arrangement opportunities. Both groups have enjoyed the additions of new multi-instrumentalists musicians, creating exciting arrangement opportunities. Of note, the Middle School group features two singers and has been working on “The Chain” by Fleetwood Mack, and “More Than a Feeling” by Igor Presnyakov. The Upper School group has notably chosen both exciting and challenging repertoire, which reflects the character of the group. The players have been working on a variety of different pieces, including “Reptilia” by The Strokes and a hybrid disco-pop and jazz piece called “What a Fool Believes.”

The Belmont Hill orchestra, after several notable senior losses in recent years, has regained their numbers in new First Form students. The makeup of the group features several firsts in recent history, including two double bass players, a more established wind section, and two pianists. As a whole, the group has been experimenting with their collective playing and finding their unique sound. They have been working with a mix of repertoire, including “Eleanor Rigby” by the Beatles, “Czardas,” and a selection from Sorcerer’s Apprentice. The group is excited to feature several younger musicians who will hopefully help the sound grow in the coming years.

The iconic school singing group, the B-Flats, began the year with a group smaller in size but high in energy. Brother Patterson commented that the group is diverse in ability and power, and remains well balanced despite many scheduling conflicts restricting some singers from participating. The boys have practiced “I Can See Clearly Now” for the Open House, and “Castle on the Hill” by Ed Sheeran for an upcoming collaboration with Roxbury Latin. This event, which took place in early November, featured a variety of songs and members of the group in a celebration at RL. The group looks forward to a year of spreading joy through singing.

Due to the reconstruction of the Belmont Hill Chapel, the primary performance space for the school, the Music Department has significantly altered the performance schedule for the year. Upcoming is the Fall Concert, which will take place on Friday, November 22nd, at 7 pm in the Kraft Theater, and the Winter Recital, which will be held on Thursday, February 20th, at 7 pm in the Wadsworth Room.