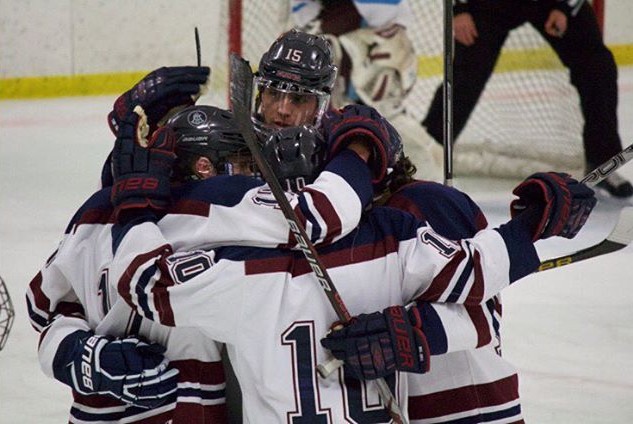 With a young and solid roster this season, Coach McCarthy and the Belmont Hill hockey team looks to repeat last year’s success. After a 0-2 start, the team quickly rebounded at the Lawrenceville tournament, where they defeated Upper Canada College and Choate Rosemary Hall en route to a third place finish. After a well-deserved break, the team returned to the ice in the annual Belmont Hill-Nichols Hockey tournament, which took place on BH’s home ice. Stacked with some of the best teams in New England, the Belmont Hill-Nichols tournament was a good way for the team to end 2017. After beating St. Francis School and Kimball Union Academy, two of the best teams in New England, Belmont Hill lost a double-overtime heartbreaker to Millbrook School in the quarterfinals. Yale-bound Connor Hopkins ‘19 was the MVP of the first half, playing outstandingly between the iron. Leadership by captains John Copeland ‘18 and Robert Radochia ‘19 capped an outstanding defensive start for the boys in blue. Lately, the team has been heating up on offense, as last week they put up 13 goals in three games.

Belmont Hill is currently tied for second in the ISL’s Finch Keller Conference, with a league record of 3-3-2 and an overall record of 10-6-3, and are looking to take home the much coveted ISL Championship and once again clinch a NEPSAC playoff berth.  With a great deal of experience, many fresh faces, and a strong D-core including junior James Perullo and sophomores Michael Brown and Brett Bliss, this Belmont Hill team is poised to accomplish a great deal and to be a hockey team worth remembering.