Belmont Hill Holds Their Own in Fast Field at HOCR

Belmont Hill Holds Their Own in Fast Field at HOCR 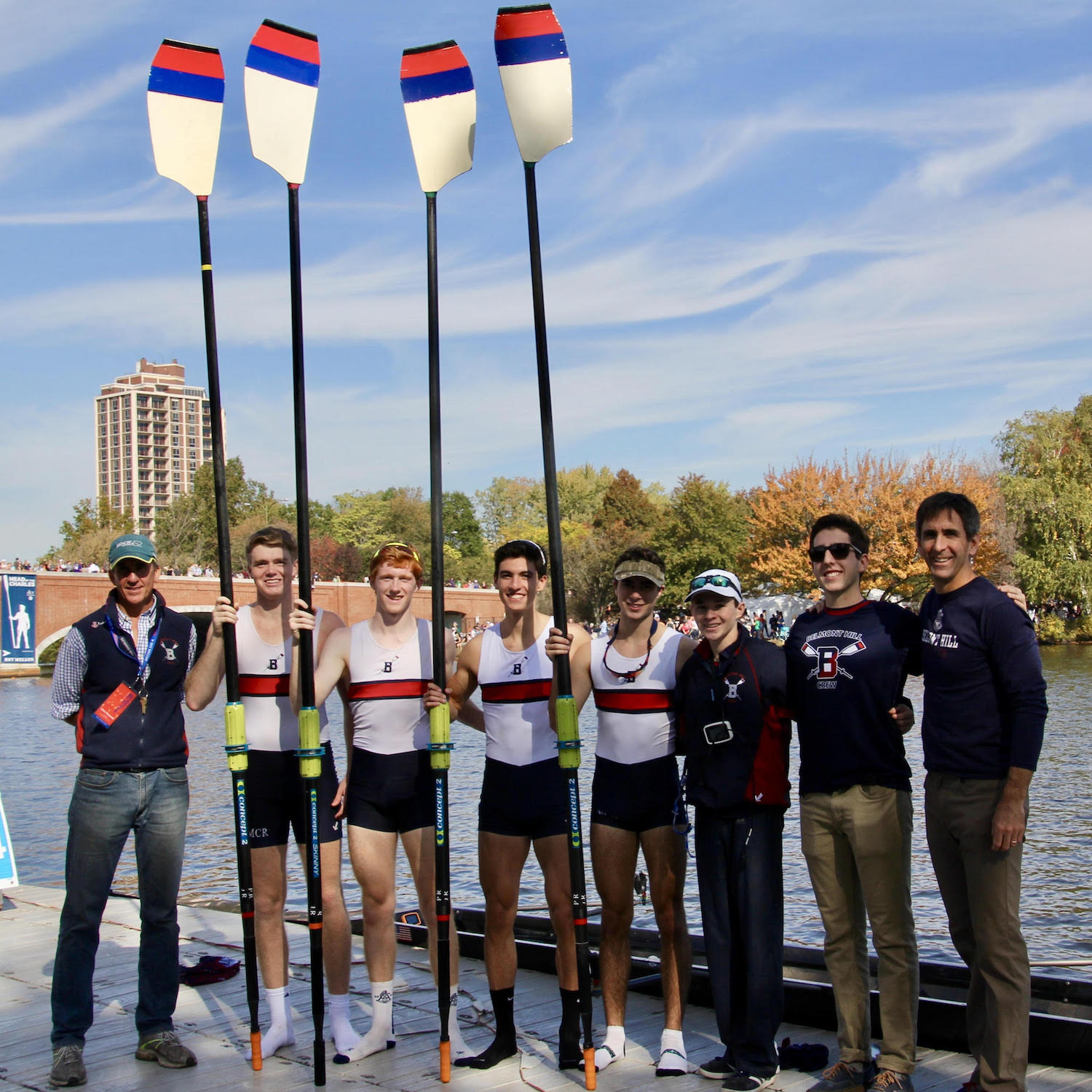 On Sunday, October 22nd, the Belmont Hill and Winsor boathouse filled with families and rowers alike, taking in the sights and sounds of the world’s largest regatta. The regatta is always a great event for Belmont Hill and Winsor families who get to enjoy the racing from the best viewpoint on the river. From the bridges packed with over 300,000 spectators to the constant stream of boats, it was truly a perfect day to watch some racing. In contrast to past years, the weather was nothing short of ideal for rowing. With temperatures over 70° and very little wind, the conditions were conducive to very fast rowing. Over the course of the regatta, seven records were set in various events and many of them were by a large margin. For example, all of the first 10 eights to finish beat the previous record for that event.

Belmont Hill entered two boats in the regatta, one of which was a four consisting of Sean Mannion, Andrew Berg, Eric Whitehead, and Henry Thomas (all members of the Class of 2018). This boat placed sixteenth in the Men’s Youth Four event. The winner of the Youth Four event was South Niagara, a club rowing team from Ontario, Canada. In the Men’s Youth Eight event, Belmont Hill entered a boat consisting of Nick Wilkins ’18, Luke O’Hare ’18, Jackson Stone ’19, Teddy Danziger ’19, Jack Vander Vort ’19, Ben St. Peters ’19, Colin Vallis ’19, and Ben Pradko ’18. The eight placed sixty-eighth in their event, one of the most competitive in the regatta. The winner of the Youth Eight event was St. Paul’s school in England. The winners of these two events, both foreign teams, show the ability that this regatta has to attract incredible competition from all across the world.

The Head of the Charles allows Belmont Hill rowers to experience one of the best regattas in the world and in doing so gain more racing experience. The Head of the Charles course is three miles (about five kilometers) and is significantly longer than the 1500m races that are typical for Spring racing. Belmont Hill is not a school that competes in the fall, so we have been fortunate to get entries in the regatta and experience a new type of race. The fall racing season concludes with HOCR, but it certainly plays a role in getting the team excited for the spring.