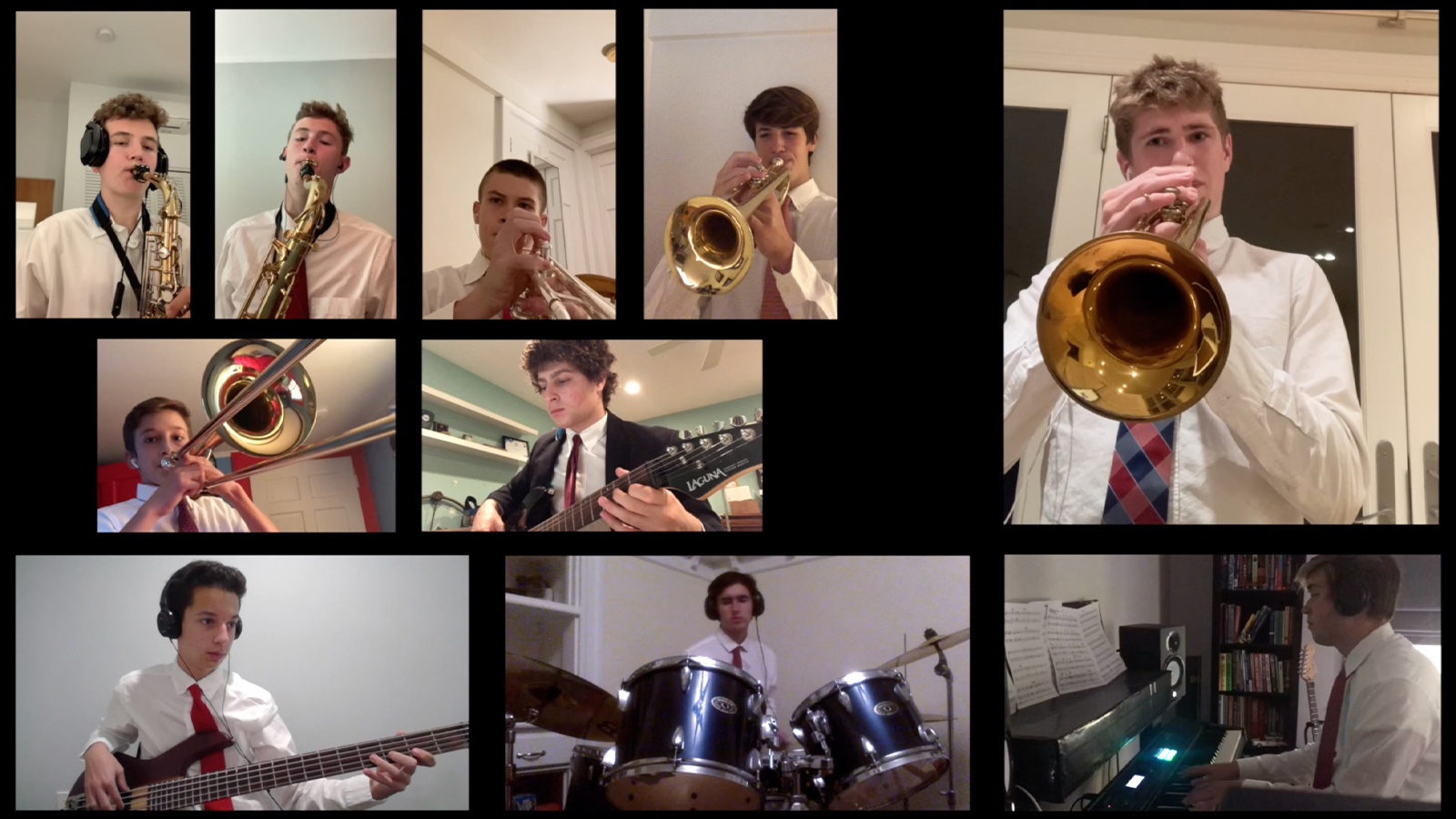 This past December, the Coffee House was held virtually over Zoom, with most acts performing live. Mr. Fiori described it as a “warm event,” as it allowed for interaction between each act as well as at the end of the show. The Coffee House provides students and other members of the Belmont Hill community with a chance to express themselves through nearly any means; all music genres, as well as all forms of poetry or other kinds of audible art are welcome. Several performers prepared pieces on various instruments, including guitar, drums, and piano for the show. The Coffee House is unique among other music productions at Belmont Hill in that it allows students to perform with their families. TJ Cannistraro ’24, in fact, played “Miss Atomic Bomb” by The Killers on the drums with his sister, Julia Cannistraro, who accompanied on keyboard and sang. Other performers include Ryan Cannistraro ’21, who presented his rendition of “Drift Away” by Dobie Gray, a soothing soulful track, on the guitar while singing. Three pianists, Will Kelly ’23, John Pena ’26, and Quinn Healey ’23 also participated. Will Kelly also sang, performing his take on Elton John’s “Your Song,” one of John’s classic ballads from his eponymous second album. John Pena’s presentation of “Capricho Catalan” by Isaac Albeinz, a classical slow-tempo and relaxing piece, and Quinn Healey’s performance of the more energetic and jazzy “Billie’s Bounce” by Charlie Parker also wowed audience members. Additionally, Juan Pablo Fernández del Castillo ’25 sang “Michelle” by the Beatles, an iconic 1965 release that was remastered in 2009. Headmaster Schneider also performed, playing Ralph McTell’s “Streets of London,” a calming tune with pensive melodies, on the guitar.

Mr. Fiori hopes to organize the next Coffee House sometime in the spring and is aiming for April or May. He encourages anyone who wants to participate does so, regardless of experience or access to equipment. Many students even performed with only their laptops, but as Mr. Fiori stated, “Sound quality isn’t great, but it’s the energy that matters.” Music provides people with a momentary escape from the realities of the pandemic, and as Mr. Fiori put it, the Coffee House is “a great way for us to all stay connected musically when we can’t do it live and in person.” Anyone hoping to perform in the next Coffee House should look out for Mr. Fiori’s email, which will likely be sent out mid-April.