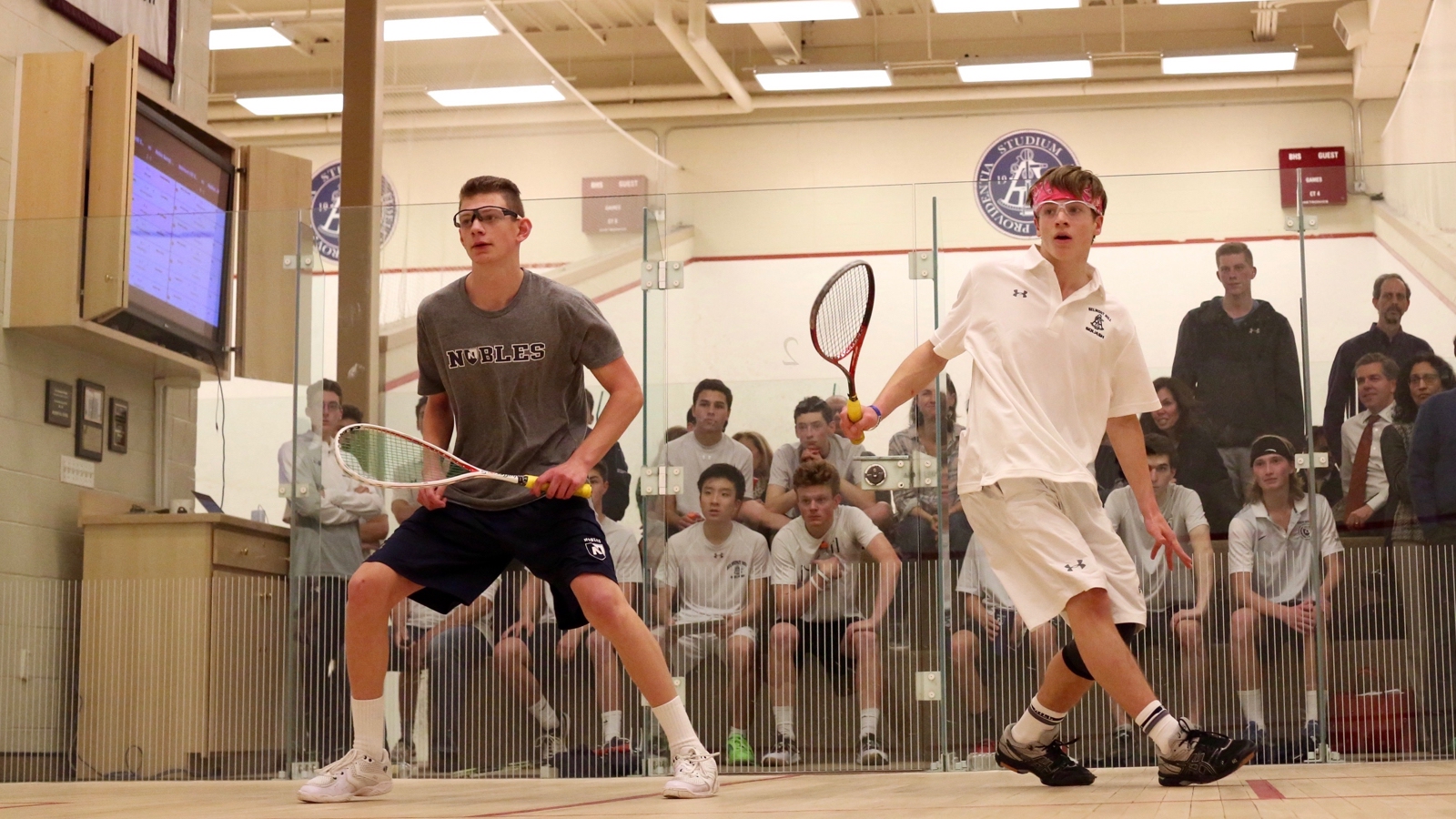 Since the start of the season, the Varsity Squash team has presented a commanding performance with a current overall record of nine wins and one loss. After their win at the annual Francis G. Jackson tournament, this team has continued to blaze through school after school, minus the minor hiccup against Deerfield. Other than a significant triumph against Philips Academy Andover earlier in the season, the squash team achieved an impressive victory over St. Paul’s School, after losing to them for two of the previous years.

Though Milton Academy looms on the horizon for the ISL Champion decider, the squash team is looking forward to High School Nationals at Trinity. Currently seated among the top 8 schools in the country, the Belmont Hill squash team is looking to make a dent at this event. “All the members of the team are working hard day in and day out. What will happen at High School  Nationals is going to be the result of their dedication,” remarks Coach Brownell.