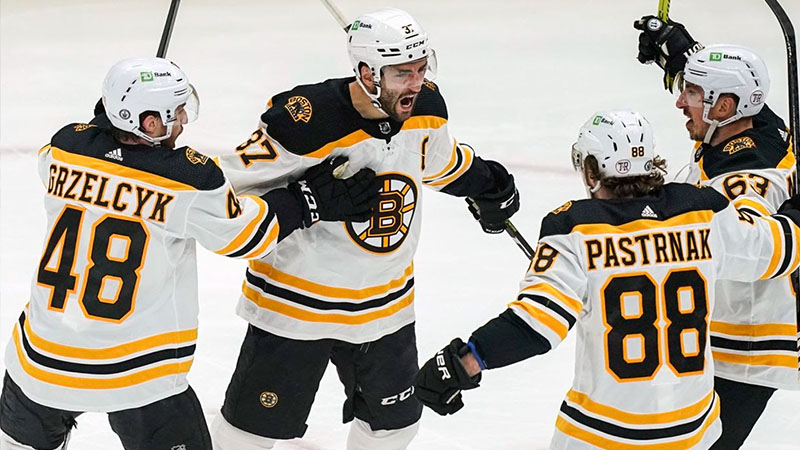 The Bruins’ offseason started in July with the loss of defenseman Jeremy Lauzon to the newly founded Seattle Kraken in the NHL expansion draft.

After finishing his current free agents Sweeney still realized there were some missing pieces to complete his team. He then transitioned to the open market to strengthen his core. The past few seasons the Bruins have needed depth scoring in crucial situations and that has not always been provided. So Don Sweeney decided to sign Nick Foligno and Erik Haula. Foligno is a gritty power forward who isn’t afraid of playing the body, someone who can put pucks in the net, and was a former captain. Haula is not the flashiest of players, but can be a great playmaker on the third line and can help the depth scoring. On the back end the Bruins replaced Jeremy Lauzon by signing former Winnipeg Jets defenseman Derek Forbort to a three year contract. Forbort is a stay-at-home defenseman who will be a great penalty kill specialist and a shutdown defenseman. With goalie Tuukka Rask out until early 2022 the Bruins needed to sign a 1A goalie. Even though the Bruins have Jermy Swayman in the system they took a different route by signing veteran goaltender Linus Ullmark.

The one concern for me is the key departure of center David Krejci. Krejci has been a Bruins player since 2007 but decided to take his talents back to his home country in the Czech Republic. Krejci had been the Bruins’ second line center and was the team’s best playmaker and always provided depth scoring. The Bruins did not address this need in the offseason, meaning current third line center Charlie Coyle will get the call up to the second line spot this season. If Coyle can not fulfil in Krejci’s footsteps I wonder if Sweeney will make a splash and maybe trade for a more well known second line center, but that is still unknown.

Overall Don Sweeney had a terrific off-season by adding Fabian Lysell through the draft. Also by boosting the core with stronger depth scoring, getting a shutdown defenseman, and signing a great goalie (before Tuukka Rask comes back from his injury), Don Sweeney worked the offseason to build a promising team. The pressure is on Coyle to step into Krejci’s skates. I can’t wait until the Bruins open their regular season against the Dallas Stars on October 16th. Go Bruins!!