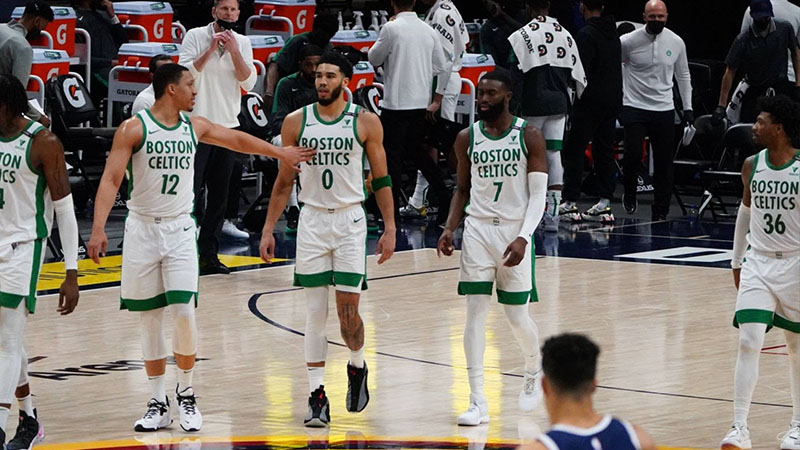 The Celtics’ first offseason with Brad Stevens as general manager did not exactly light up the headlines, but he made many moves that could eventually help out the Celtics on their quest to secure an NBA title.

Stevens’ first official move as GM was to trade Kemba Walker, the 16th overall pick in the draft , and a 2025 2nd round pick to the Oklahoma City Thunder in return for Al Horford, Moses Brown, and a 2023 2nd round pick. Walker’s contract prohibited the chances of the Celtics acquiring a 3rd star to pair with Jayson Tatum and Jaylen Brown, and this trade was effectively a salary dump of Kemba’s prohibitive contract (using the 16th pick as bait). In return for one season of Horford until his expensive contract expires, and Moses Brown. A few weeks later, Moses Brown was traded to the Mavericks for Josh Richardson, giving the Celtics an elite backcourt defender if he can rediscover his three-point shot from his time with the Heat as a playoff-caliber starting shooting guard.

In the draft, the Celtics had a singular draft pick, the 45th overall selection. They selected French point guard Juhann Begerin who will play in the French Pro League for at least the 2021-2022 season. The team also signed the undrafted free agent, Sam Hauser, out of Virginia. After Evan Fournier had already agreed to a contract with the Knicks at the start of free agency, the Celtics completed a sign and trade with New York. They sent a 2023 2nd round pick to the Knicks in return for a $17.2 million trade exception. This move is similar to the Gordon Hayward sign and trade last offseason. The Celtics also sent out a 2nd round pick and received a significant trade exception for a player who had already decided to sign with another team. The Celtics can use this trade exception to acquire a player worth up to $17.2 million without sending a similar salary back in return, even if the team is over the cap until the end of the 2022 offseason. They then traded Tristian Thompson to the Kings as part of a three-team deal in which the Hawks sent center Bruno Fernando and point guard elite defensive stopper Kris Dunn to the Celtics. The Celtics’ most prominent free agent signings brought back Enes Kanter, who played with Portland last season and signed point guard Dennis Schröder for $5.9 million. The Schröder signing, in particular, is an extremely wise move as he tries to rebuild his value after a poor season in 2020-2021 with the Lakers. Schröder turned down a four-year $80 million extension before the season and will likely start the majority of the Celtics games this season and can be effective as both a facilitator and on locking down the opposing team’s top guard.

Even with all the trades and signings, the most significant long-term moves for the Celtics were the extensions given to Marcus Smart, Robert Williams, and Josh Richardson within the same week. Smart signed a four-year contract worth $77 million, Williams signed a four-year contract worth $54 million, and Richardson signed for two years $24 million. While these moves on the surface would appear to hurt the Celtics chances of acquiring a 3rd star, I think that Stevens purposely locked up all of Smart, Williams, and Richardson now instead of waiting until they were free agents next offseason to potentially prevent losing them for nothing, while still having the ability to use them in a trade for someone like Bradley Beal or Zach LaVine at the trade deadline or next season. Marcus Smart’s trade kicker supports this assumption as a stipulation of his extension is that he will be paid more money if traded before his current extension ends. The Celtics then finished up their offseason by signing former Jazz forward Juwan Morgan to a non-guaranteed deal and trading the recently signed Kris Dunn and former second-round pick Carsen Edwards to the Grizzlies for Juancho Hernangomez. He will add needed big man depth behind Robert Williams as Jayson Tatum isn’t a true power forward.

The Celtics had a relatively good offseason in terms of adding help towards this year’s team’s chances of contending while still keeping flexibility for the future in terms of trading for a 3rd star, a reasonable goal to accomplish in the next year or two.