2017 Crew Season Heats Up With The Weather

2017 Crew Season Heats Up With The Weather 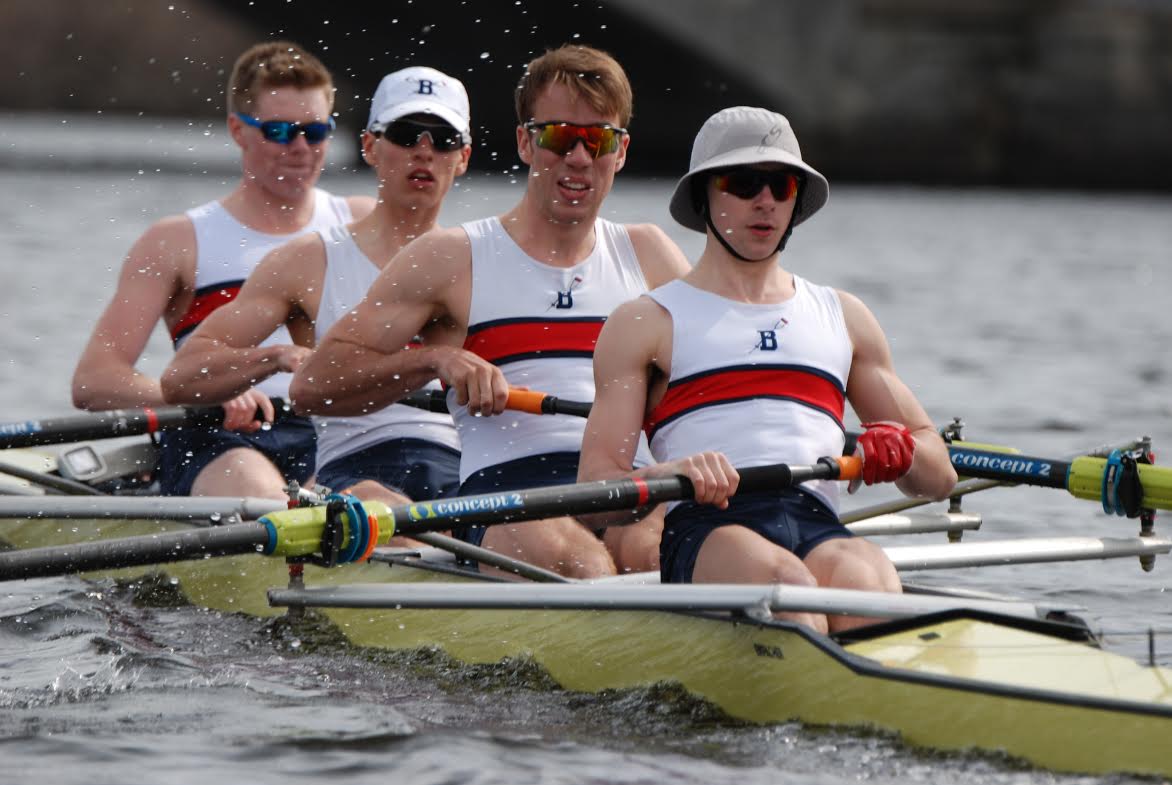 After a week of both brutal March practices and rigorous training throughout the month of April, the crew season has finally begun. Thus far, the weather has been wholly uncooperative, and the team has fought through wretched conditions. Despite this adversity, the team started off the year in mid-March with the feared 2000-meter ergometer test; the results stacked up well against the 2014 New England championship team’s times. During this opening test, Bobby Jahrling ‘17 captured the all-time school record from Alexander Richards ‘14, pulling a 6:12.1. Jahrling then broke his own record for the 1500-meter erg test with a time of 4:32.5. Alongside Jahrling, Andrew Berg ‘18, Sean Mannion ‘18, and Henry Thomas ‘18 round out the first boat, coxed by Ryan Williams. The second boat, coxed by Henry Vettel ‘18 and stroked by Pat Shea ‘17, includes Robbie Warming ‘17, Spenser Nuzzo ‘18, and Jackson Stone ‘19. The third boat consists of coxswain Sreetej Digumarthi ‘21, Colin Vallis ‘19, Mike Glauninger ‘19, Eric Whitehead ‘18, and Teddy Danziger ‘19. Lastly, the fourth boat, coxed by Michael John ‘22 and stroked by Will Ryan ‘17, consists of Jack Vander Vort ‘19, Nick Wilkins ‘18, and Luke O’Hare ‘18. Needless to say, the team, led by captains Ryan, Shea, and Jahrling, enjoys enviable depth. The team has begun the season on a high note, nearly sweeping Choate Rosemary Hall across the board. From late April to early May, Belmont Hill will race five times. Looking ahead to the end of the season, the team hopes to repeat last year’s victory at NEIRAs, the New England Interscholastic Rowing Association championships. Through all the hard work, late practices, trying pieces, and blistered hands, Belmont Hill expects to be a top contender at this regatta, a perennial favorite for the rowers and coxswains.