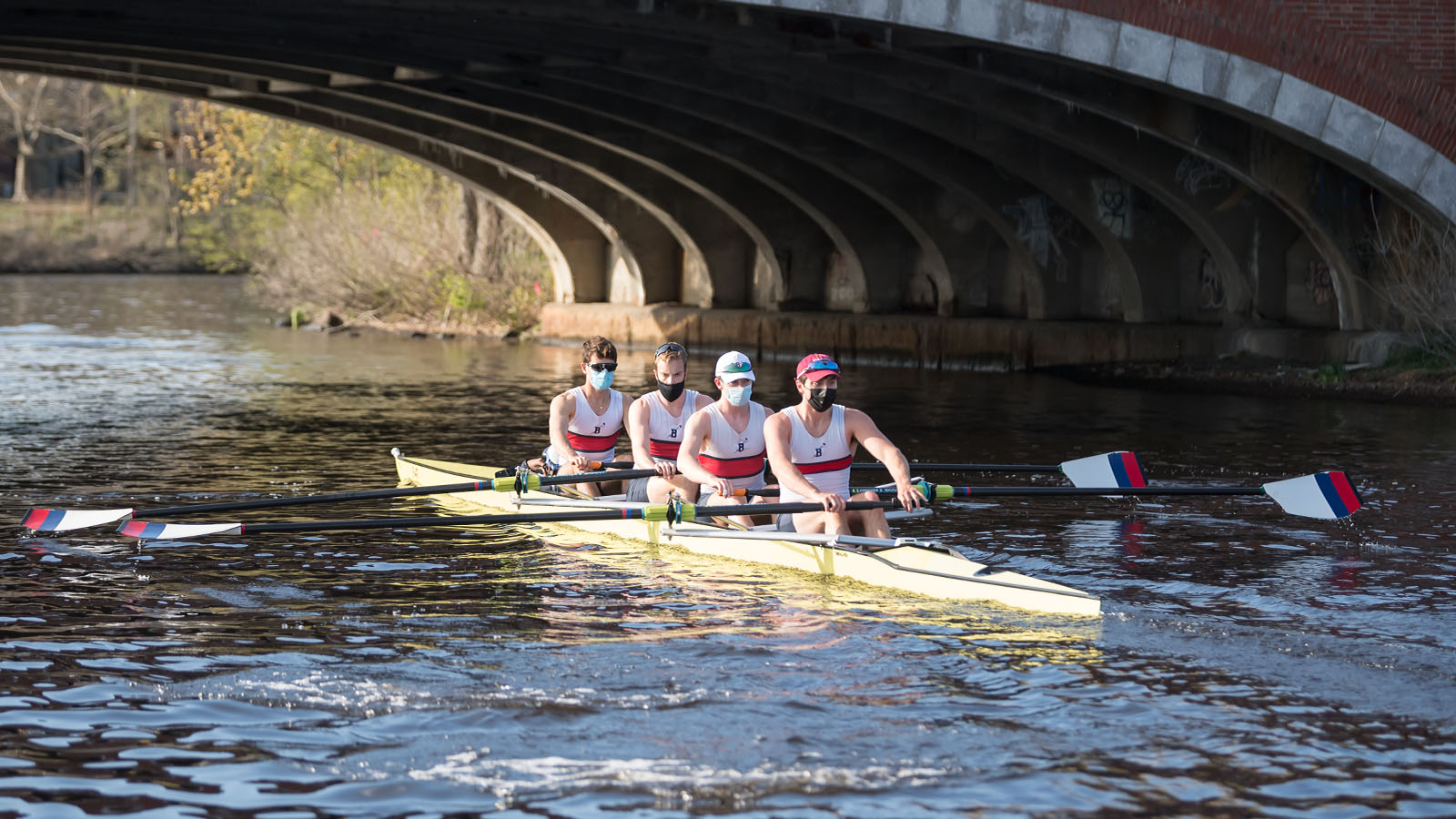 With just four weeks left in the season, the varsity crew team is well into the home stretch. Starting the season with all eight-man boats, the team scrimmaged BC High on the Charles River, followed by additional scrimmages with Nobles and Community Rowing Inc. The first official race of the season was against BC High, with each eight-man boat rowing in the basin just beneath the city of Boston. The results of the first race of the season were promising. The first, third, and fourth boats all placed first, with the second boat coming in a very distant second.

The second race of the season turned out to be perhaps the most important so far, maybe even the most important all season. All of the BH crews raced Nobles for the Bassett Cup, which is awarded to the winning crew, either Belmont Hill or Nobles, every year. Belmont Hill has kept the cup for almost 16 years, so the stakes were high leading up to the race. The start to the day was auspicious, with both BH eight-man crews defeating the Nobles crews, and the victories continued with the fourth four-man crew finishing in first. As the day went on, the third and second boats finished second, with each race being extremely close. The deciding race, however, was between Nobles’ and Belmont Hill’s first boats. In the first half of the race, it looked as if Belmont Hill would pull ahead. But Nobles soon caught up, making it a very close race. In the last minute or so, the Nobles crew pulled ahead and finished before the BH boat. Unfortunately, this meant that Belmont Hill lost the Bassett Cup. Regardless, it was a great day of racing with extremely close races and all crews putting out their best effort.

The Belmont Hill crew team hopes to carry on their initial successes in the coming weeks and finish the season strong.