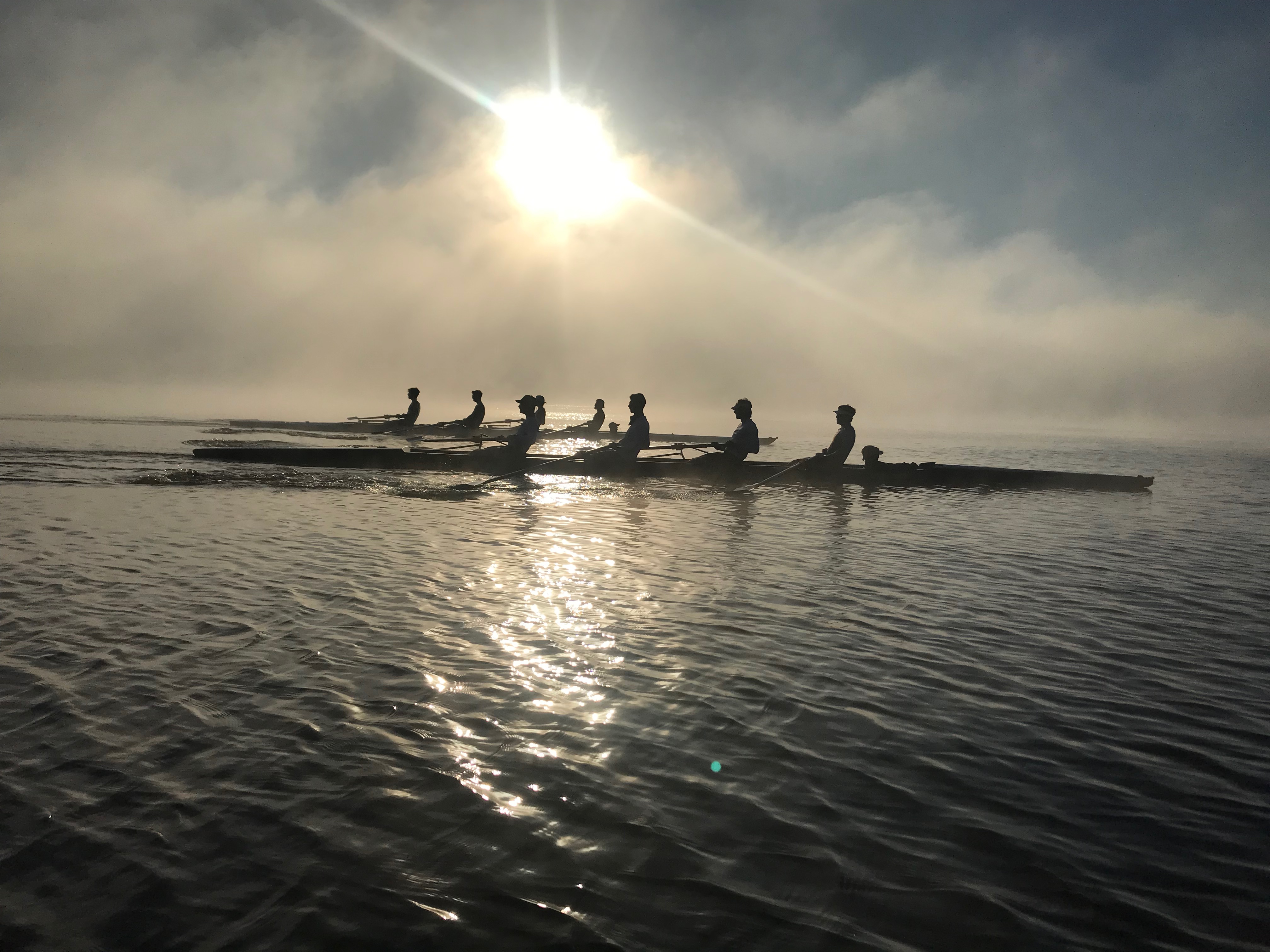 The Belmont Hill Varsity crew team has taken off at blistering speed at the onset of the 2019 season. Led by captains Jackson Stone ‘19, Teddy Danziger ‘19, and John High ‘19, the group spent the March portion of their season on the ergometers before flying down to Deland, Florida for a week-long training trip. Hosted by Stetson University and rowing out of the barely christened Aquatic Center, the team spent a productive week training on alligator-filled Lake Beresford. Despite hard training, including tens of thousands of meters on the water and a scrimmage with Tufts’ rowing team, good weather, a beach trip, and plenty of camaraderie kept morale high as the team wrapped up their time in Florida. For the second year in a row, the team has spent the second half of spring break training in the Sunshine State, and the new tradition seems to be paying off.

Back in Massachusetts, the team wasted no time in braving the still-chilly waters of the Charles. After scrimmages with Brookline High and CRI, the team faced their final scrimmage in an important early season match-up with Deerfield, their rival program. Racing in eights, Belmont made a strong statement with a dominant performance over the green-clad oarsmen, and although nothing is set in stone, such results encouraged the oarsmen and affirmed that their training had been paying off. At this point in the official season, the crew has defeated BC High, St. John’s Prep, and Duxbury, and so far not a single crew has lost a race.

In the upcoming weeks, notable events include the Founders’ Day Regatta and NEIRAs, in which Belmont will again face Deerfield and test their mettle. With the best average ergometer scores of all past Belmont crews for the top sixteen rowers, Coaches Richards, George, Stone, Plaut, Parejo, Ford, and their team are excited for the season ahead.