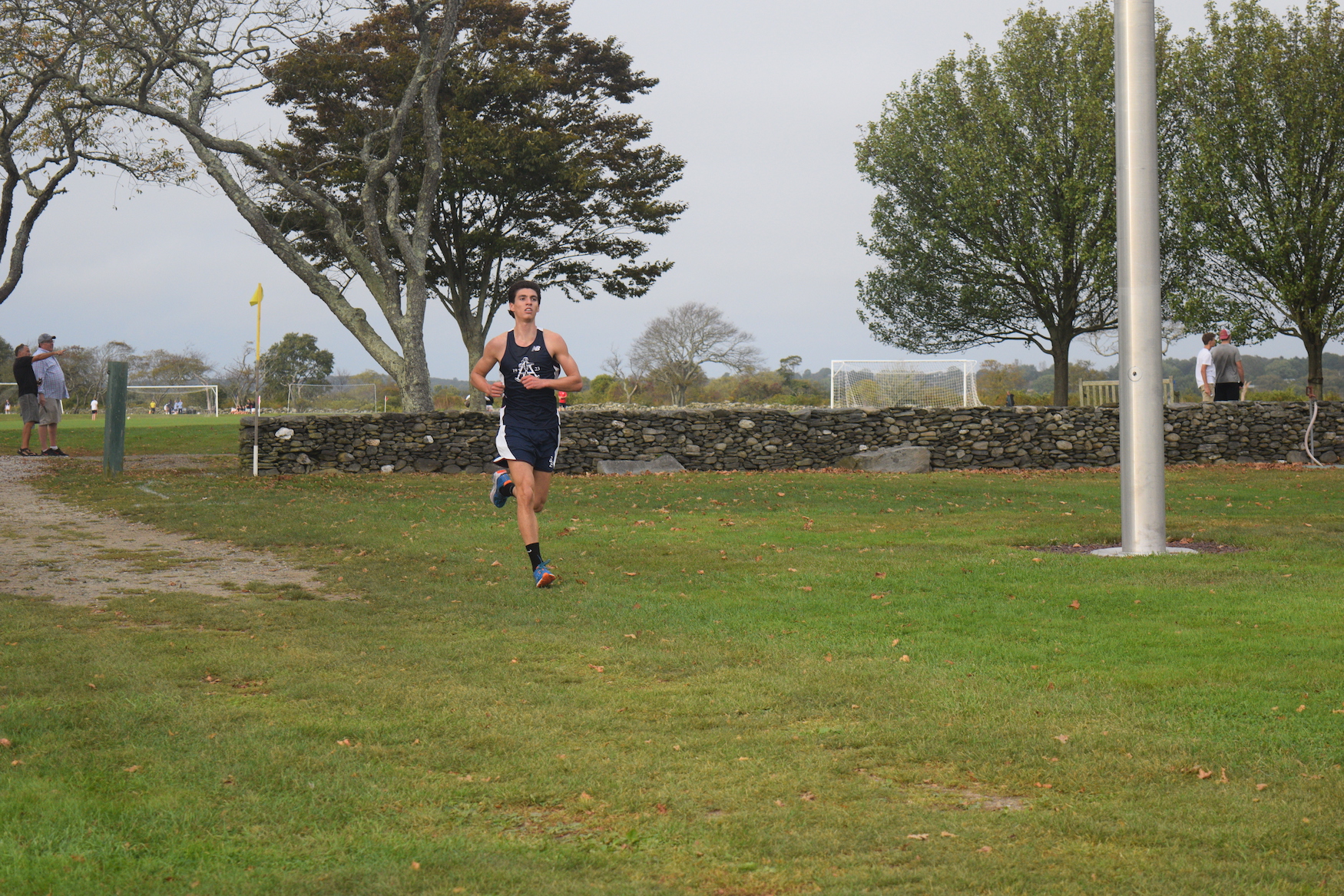 The Cross Country team traveled to the St. George’s School in Newport, Rhode Island on Saturday to face off against Tabor Academy, St. George’s, and Groton. A new addition to the ISL, Tabor Academy had displayed their talent as a team by posting fast times prior to their race with Belmont Hill; however, Belmont Hill defeated the newcomers, despite varsity runners Eric Whitehead ‘18 and Matthew Drucker ‘20 being absent. Additionally, All-New England runner Charlie Donahue ‘19 ran for the first time all season on Saturday, as he continues to recover from head and neck injuries that delayed the start to his season. Captains John Pappo ‘18 and Quin McGaugh ‘18 placed second and third, respectively, with Junior Olympic favorite James Donahue ‘22 coming in fourth. Running his first race of the season, Andrew Berg ‘18 shocked everyone by placing fourth for Belmont Hill and tenth overall in the race. Finishing close behind him, Matthew Smith ‘19 took eleventh in the race, rounding out the top five for Belmont Hill. While Tabor star Aly Hussein ‘19 was able to take home first place, beating his own course record in the process, Tabor failed to place another runner ahead of Belmont’s top three. Furthermore, Tabor’s fourth and fifth runners lost to both Andrew Berg ‘18 and Matthew Smith ‘19, sealing the victory for the Hill. The team hopes to defeat Tabor once again at the ISL championship race in November, capping off what would be back-to-back ISL championships.