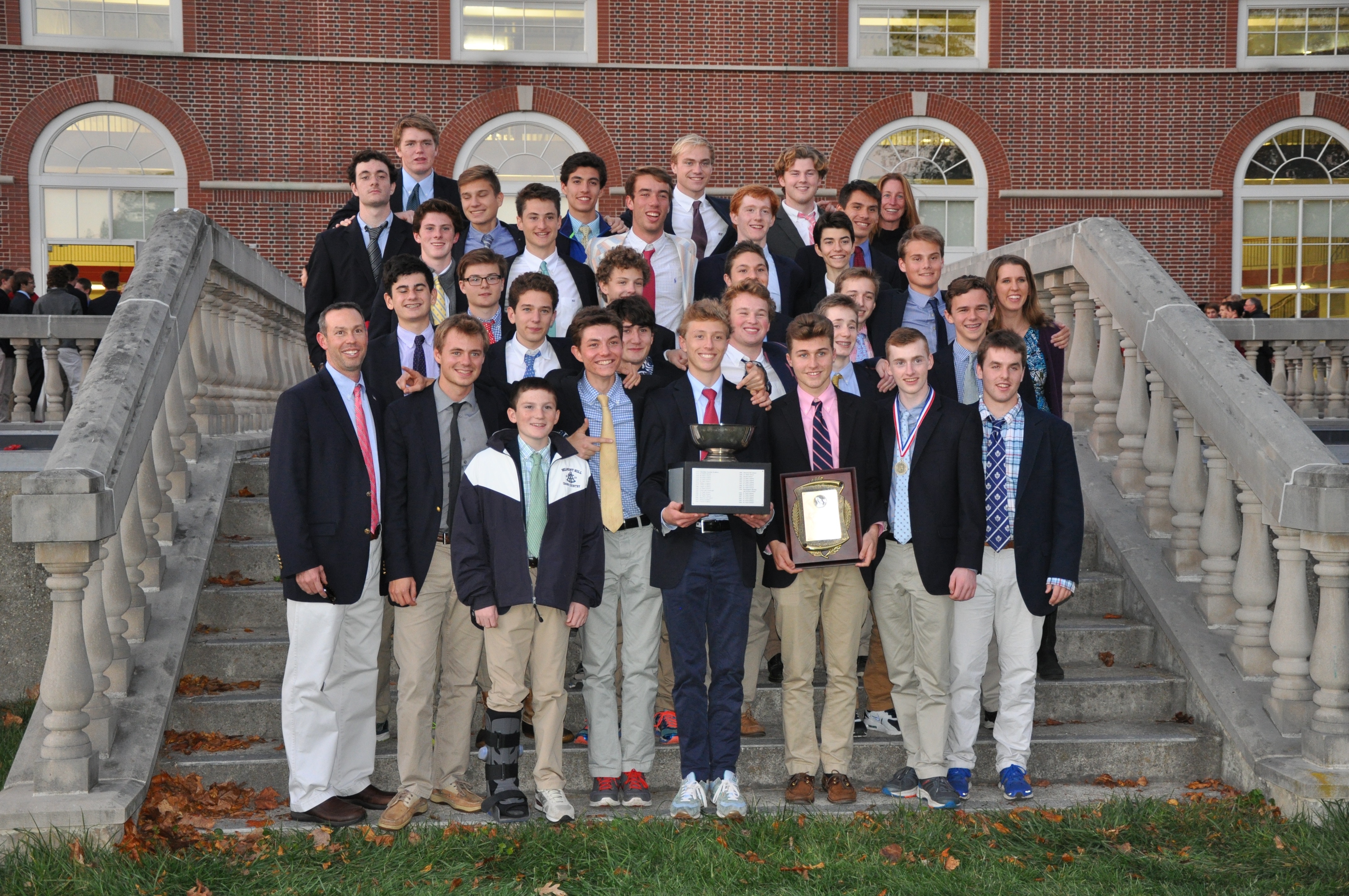 The secret to the team’s championship fall was the depth and parity in the thirty-man roster. Often met with setbacks of injuries, runners filled the gaps in the Varsity and top JV spots. Jack Daley ‘17, Andrew Berg, Bennett Morris, John High ‘19, and Nick Daley‘19 made a heavy impact in their rookie seasons; J. Daley and High anchored the Top 5, while Berg, Morris, and N. Daley all stepped up to compete with Varsity.

“Early in the season, I realized that we could win the league if we stayed healthy and pushed ourselves,” said Andrew, “everybody worked his tail off, and we had some really gutsy runs at ISL’s that let us take home the championship. I’m incredibly proud of what we have accomplished as a team.”

The team’s combination of long-distance runs, tempo pieces, and track workouts pushed them to be the fittest in the league. September gave runners a heavy dose of mileage to build a solid foundation for the season; workouts transitioned into shorter, faster pieces for the last month of the season to prime conditioning for the ISL championship. Coaches Trautz, Vailas, Harder, and Rice emphasized “team-running” and grit, stressing the importance of pack running, team support, and mental toughness in practice and races. “You can do anything for twenty minutes,” Coach Trautz often reminded the team.

The squad finished their regular season at 12-4, with losses to Nobles, St. Mark’s, St. Paul’s and ISL newcomer Tabor.

“I am extremely proud of this team,” remarked Coach Trautz. “They set a goal early in the season to win an ISL Championship.”