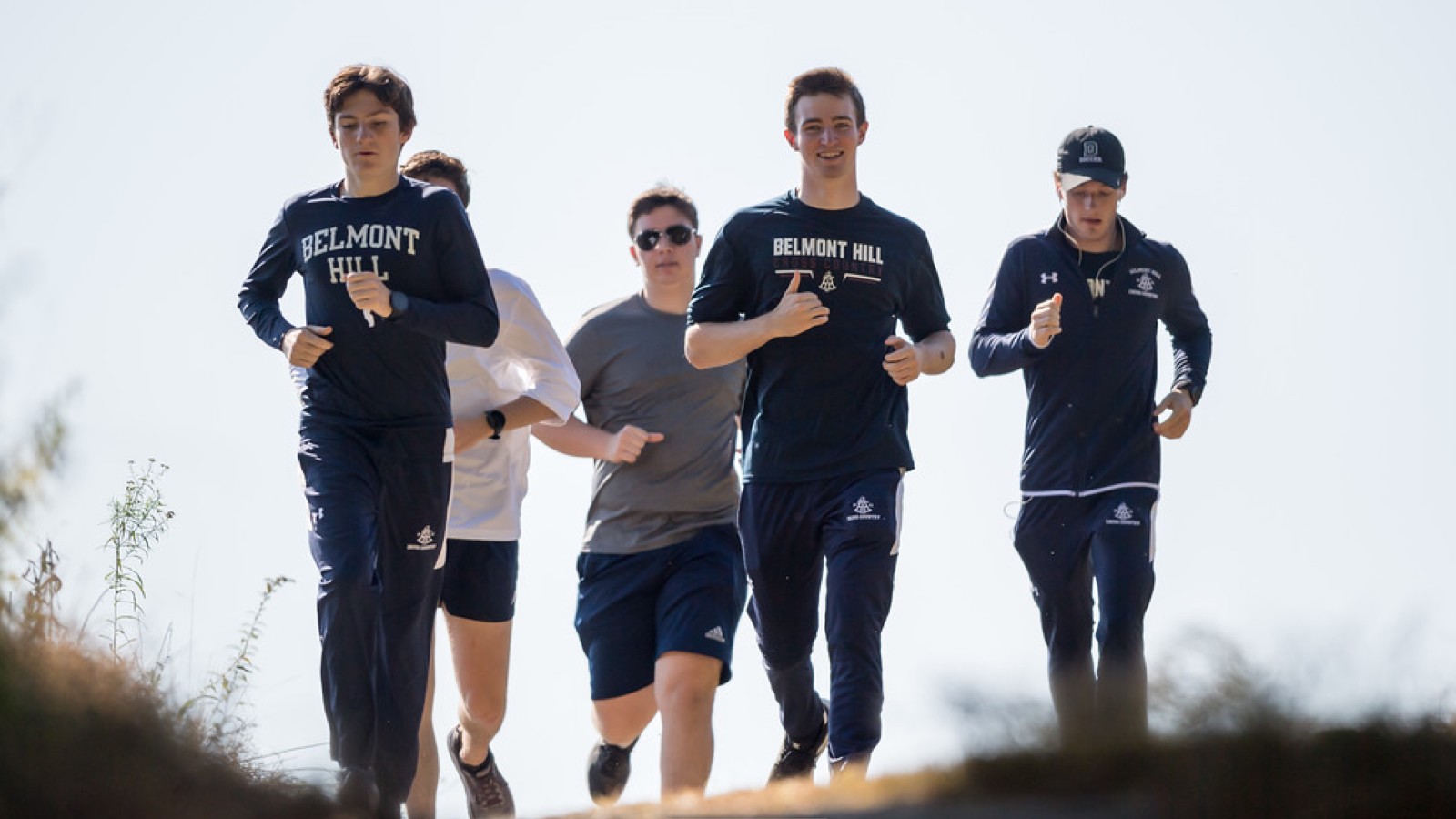 Varsity Cross Country is back on the roads of Belmont and Arlington, pounding the pavement as they prepare to take on stiff competition across the ISL. Led by captains Aidan McGaugh and Charlie Donahue, the team is focusing on hard work and team unity as the weeks progress. Having lost many seniors who played key roles in years past, Coaches Trautz, Harder, DiCaprio, Jarotschuk, and Rice are looking to develop the varsity lineup with new prospects from a team of fresh faces. James Donahue, a seasoned runner, has been joined by new varsity athletes such as Abe Tolkoff and Christiaan Eikeboom.

The team opened their season with the annual Michele Dufault ‘07 5K Memorial Run at Nobles and Greenough School and the Jog Your Memory 5K in Needham, warming up for more competitive races down the line while also running for important causes. At Fresh Pond, the team trounced BB&N and Governor’s Academy while falling short of a victory against Roxbury Latin. The following week, the team ran in grueling, humid conditions at St. Mark’s and suffered a loss to both the home team and St. Paul’s School. Putting the losses in the past, captains McGaugh and Donahue have urged the team to focus instead on doing their best in practice to improve for the future.

As the season progresses, captains, coaches, and teammates are looking ahead to the ISL Championships. The team will have another crack at rivals such as Roxbury Latin and St. Mark’s as they battle for the title of champion.