Debate of the Issue: Belmont Hill Maroon vs. Winsor Red

Debate of the Issue: Belmont Hill Maroon vs. Winsor Red 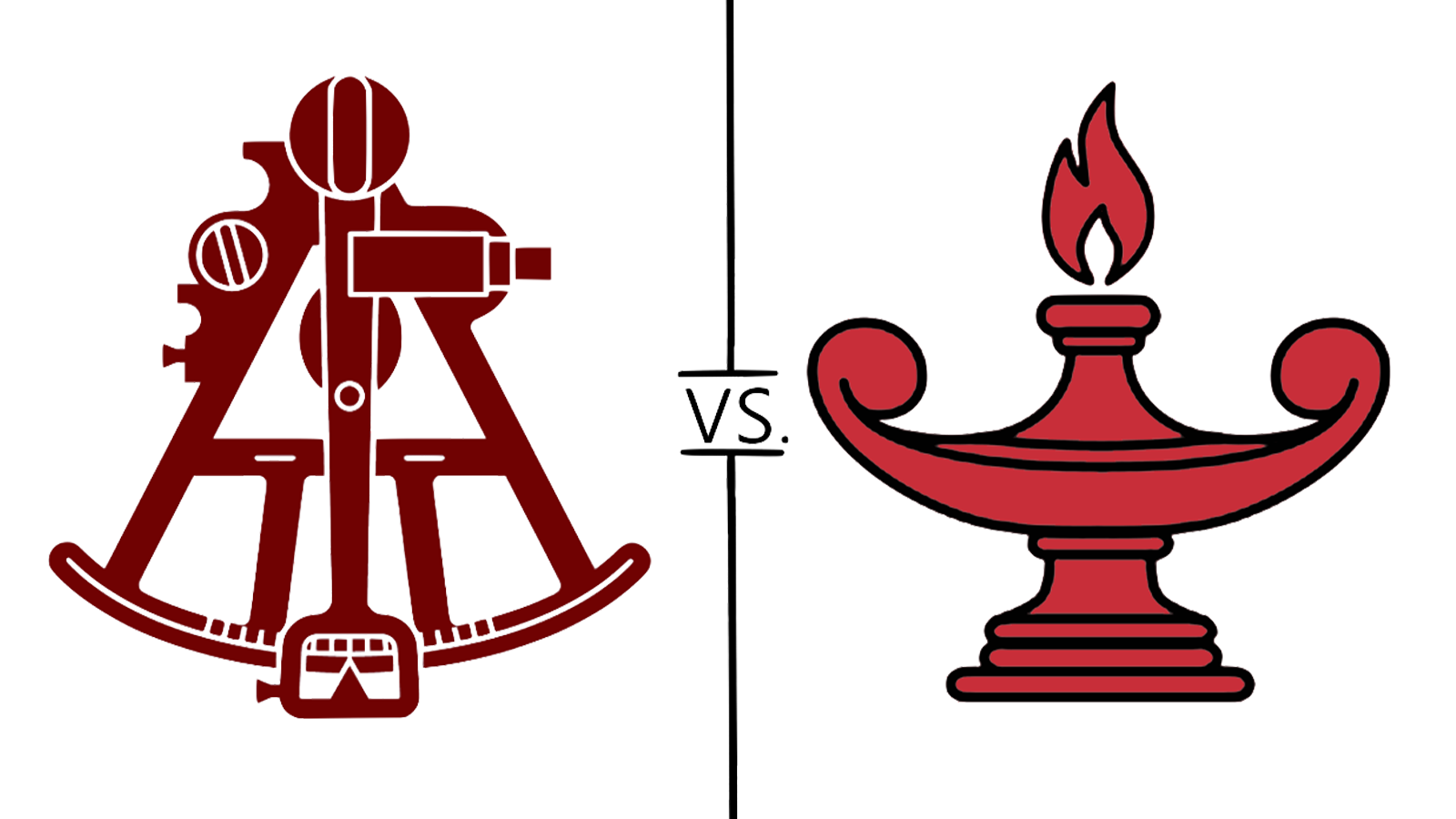 For many Winsor students, the color red is not only a part of our sports uniforms, our logo, or our mascot; it symbolizes the school spirit that Winsor students have had ever since the school’s founding. Every year since 1994, the students of Winsor flock to the sports fields on a Friday night in October to watch their peers play and to celebrate Under the Lights (UTL). The entire Winsor student body and many of the teachers don’t hold back, painting their faces with face paint and dying their hair red to show their school spirit. This tradition is one that many look forward to all year. As head of school, Ms. Pelmas put it in an article about Spirit Week for the website, “I love everything about this weekend, from the red face paint, to the fierce competition, to the fans cheering and screaming from every direction.”

Red. Short and sweet. Fiery, commanding, powerful. Maroon, a lackluster wanna-be red holds nothing to this brilliance. It’s just dark red, because red is the blueprint. When you think about it, is maroon even a version of red or is it purple? I don’t even think the color itself knows. While some might argue that red is basic, isn’t basic better than confusing. People flock to the classics for a reason. Why do hundreds of sports teams, logos and branding use the color red? I don’t see them using maroon. Because red turns the eye, it makes you desire, love, need. Maroon is bland, boring, one dimensional. What other color would have an entire best selling album with it as its name? Not maroon.

In conclusion, both as a whole and represented throughout Winsor, red is more than a color; it’s a lifestyle. Red can be so much more than you expect, as long as you let it.

The supple dark undertones of a solid maroon draw me in like nothing else. Whereas the bright highlights of a standard red abrade the eyes, the mellow nature of maroon allows me to ponder issues beyond myself; I get lost in the off-tone and ambiguous subduedness.

Maroon is mature. Maroon is sexy. I would like to take maroon out on a date. The double “o” cascades off the tongue like melted butter; you can almost taste the smooth richness of maroon. Red, however, is generic. Its abrasiveness pierces the ears as much as it does the eyes. Monosyllabic words in general are bland and uninteresting, let alone three-letter monosyllabic words. The “d” at the end of red slams into the top of one’s mouth, a far cry from maroon’s smooth departure from the lips.

Because Belmont Hill does not champion an entire day around the color of our logo, maroon’s essence transcends that of something to be celebrated and flocked around. Rather, its nuanced and reflective nature carries through in all aspects of school: in class, we praise maroon by reflecting on what is learned; on the sports field, we praise maroon through reflection in defeat or victory; in the theater, we praise maroon by presenting our viewers with matter to contemplate. A maroon lining on the numbers of a football jersey is a subtle but effective way to make a player stand out; while maroon emphasizes individuality, its identity as a soft undertone rejects cockiness. Red, on the other hand, stands out like a stain. It works against the team dynamic, promoting rash individual action instead of calm cooperation. All of this is thanks to maroon and the reflective essence inherent in its aesthetic value.

Lastly, maroon is incredibly “sty.” Spicing up a fit with maroon WILL turn heads. It’s a rare color; not many things in this world are naturally maroon. In conclusion, just like the students who wear it, maroon is simply built different.