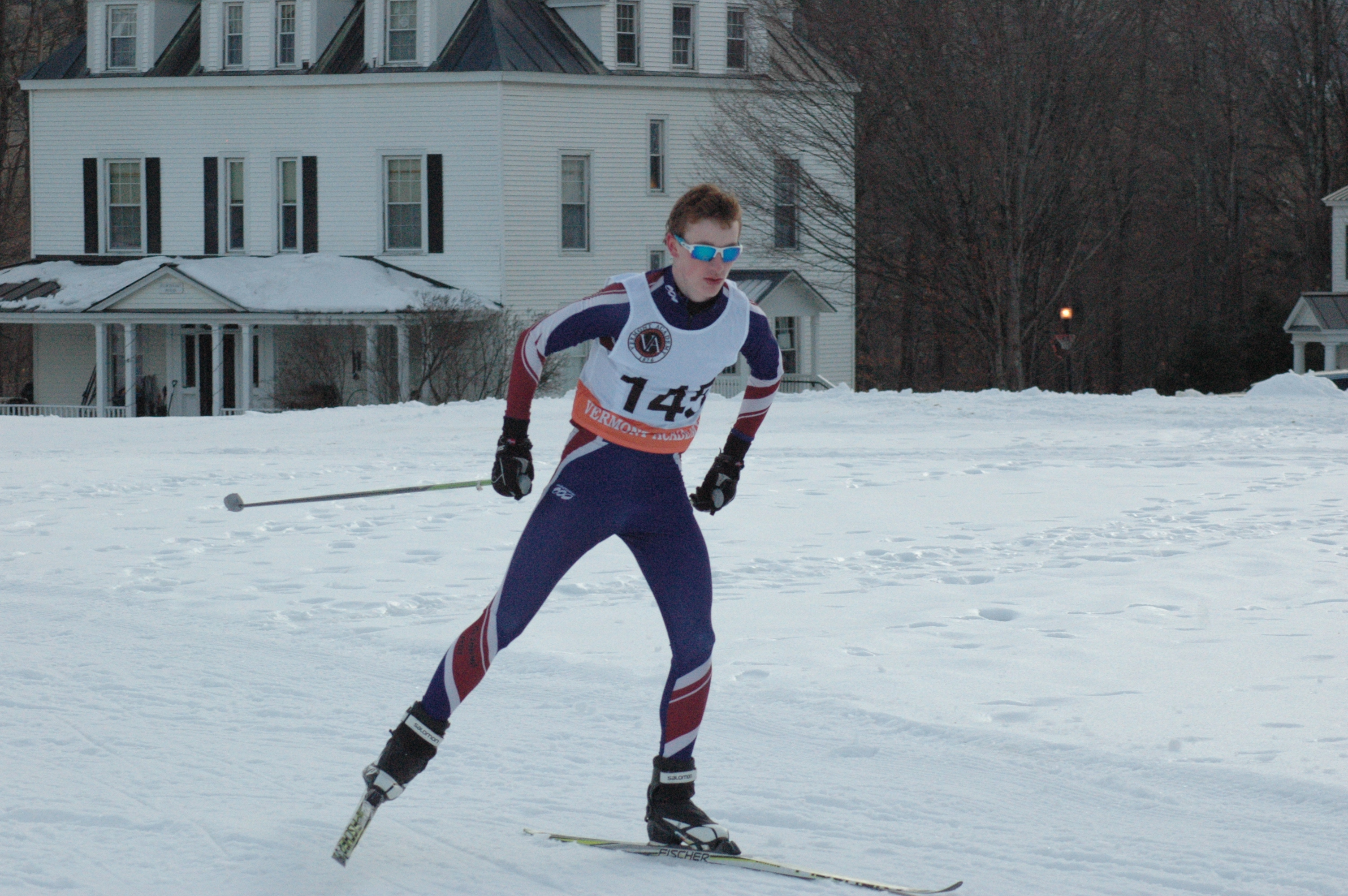 The Nordic team had a very strong finish to an already historic season. Heading into the New England Championships seeded fourth in the Lakes Region, the team had already set a new high for Belmont Hill Nordic, placing the highest that the team has seen in quite some time. At the Lakes Region Championships, the team skied well despite adverse snow and wax conditions, attacking the difficult course with determination and grit. The race involved a transition area in which the skiers were required to change from classic to skate skiing, adding another layer of complexity to an already challenging event. The team finished third in the Lakes Region, the highest ever seen by Belmont Hill Nordic Skiing, and immediately began looking forward to continuing its historic skiing at New Englands.

Leaving from school the Friday before the race, which would take place on Saturday, the team was dialed in, ready to leave it all on the snow, and anxious to prove that it deserved its newfound standing in the league. The New England Championship consisted of two races on Saturday, the first of which was a 5K skate race, followed by a classic relay later in the day. Despite the subpar snow conditions due to elevated temperatures, the team began the day with vigor, skiing hard during the skate section, with four of the team’s top skiers finishing in the top 20 overall (James Eysenbach (‘19) in 12th, Ben Pradko (‘18) in 16th, Aiden McGaugh (‘20) in 18th and Quin McGaugh (‘18) in 20th. Not far behind the first four was an impressive showing from Christiaan Eicheboom (‘21), a rookie on the team, who finished 31st overall. The team also skied hard on the classic relay, finishing fourth. Overall, it was a successful day for BH Nordic, capping off a historic season for the team as a whole.