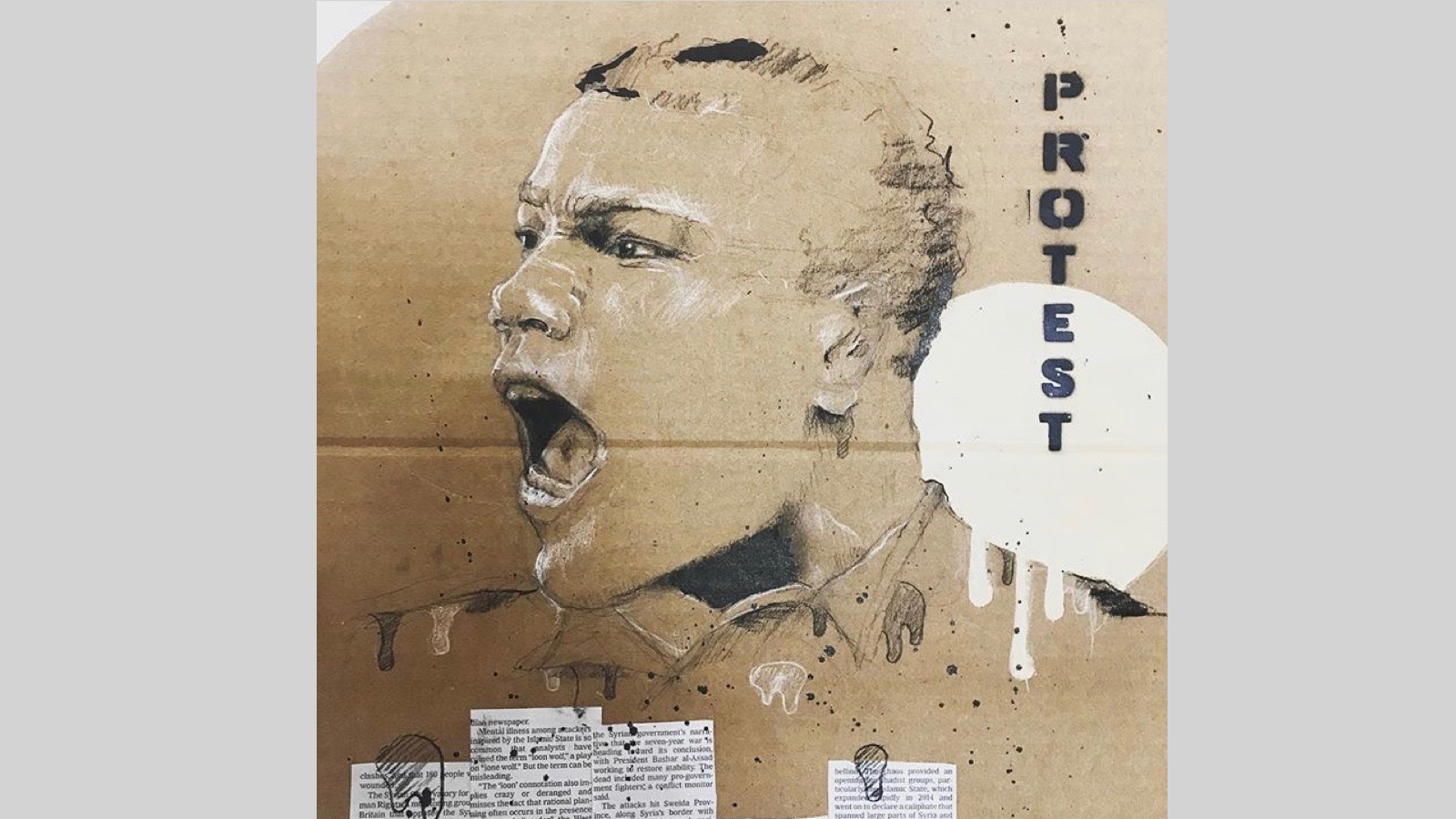 If you have been to Central Square in Cambridge, you have likely seen the infamous Graffiti Alley. This 20-foot passage, officially named Modica Way, is no secret; it is the heart of Central Square, the location of an ever-changing public art gallery. However, what is little known to Belmont Hill students is that we have a consistent contributor within our community. The prolific artist is Elias Hyde ‘20.

Initially picking up painting the summer before entering Belmont Hill in the Third Form, he made use of the arts program at Belmont Hill to turn this side hobby into a true passion. In his first year on campus, he honed his traditional skills alongside Mr. Zamore in a drawing and painting class. In this class, he built the base on which he could expand his unique style of portraiture.

In the following years, independent study classes with Mr. Kaplan continued to train him in the basic skills any painter needs. However, it is what he experimented with outside of class that has truly helped Elias become the artist he is today. While off campus, Elias was able to start using spray paints, eventually becoming his tool of choice.

Eventually, Elias mustered up the courage to step foot in Modica Way, entering the street art culture that he had forever admired. At first, he felt he wasn’t very accepted into the crowd that frequented this alley. The nature of this kind of street art is such that in order to create something new, you must cover someone else’s work. If your work isn’t great, other artists are a bit hostile towards you. Nevertheless, Elias continued to produce pieces in the alley, and eventually, as his work got better, he gained the acceptance of the regular crew. Now he feels welcomed in the public heart of Central Square.

Elias has big plans lined up once he leaves Belmont Hill. He will take a gap year to work as an EMT, an especially brave decision given the current state of things. Then, he will continue on to Yale University, likely pursuing a major in English. While his immediate future is not focused on his art, he will do everything in his power to not lose sight of his passion. Next year, he hopes to carry a sketchbook around to document his surroundings as an EMT, and at Yale he will make use of the fantastic art programs offered there. He is hesitant to pursue a Master in Fine Arts, the standard for most people looking for a career in the arts, because he is worried that, in doing so, his passion would become a chore.

The Panel would like to thank Elias for not only enriching the Belmont Hill community and our newspaper, but also the communities outside of our campus. We wish him good luck in the future, and we all look forward to seeing what you create next!