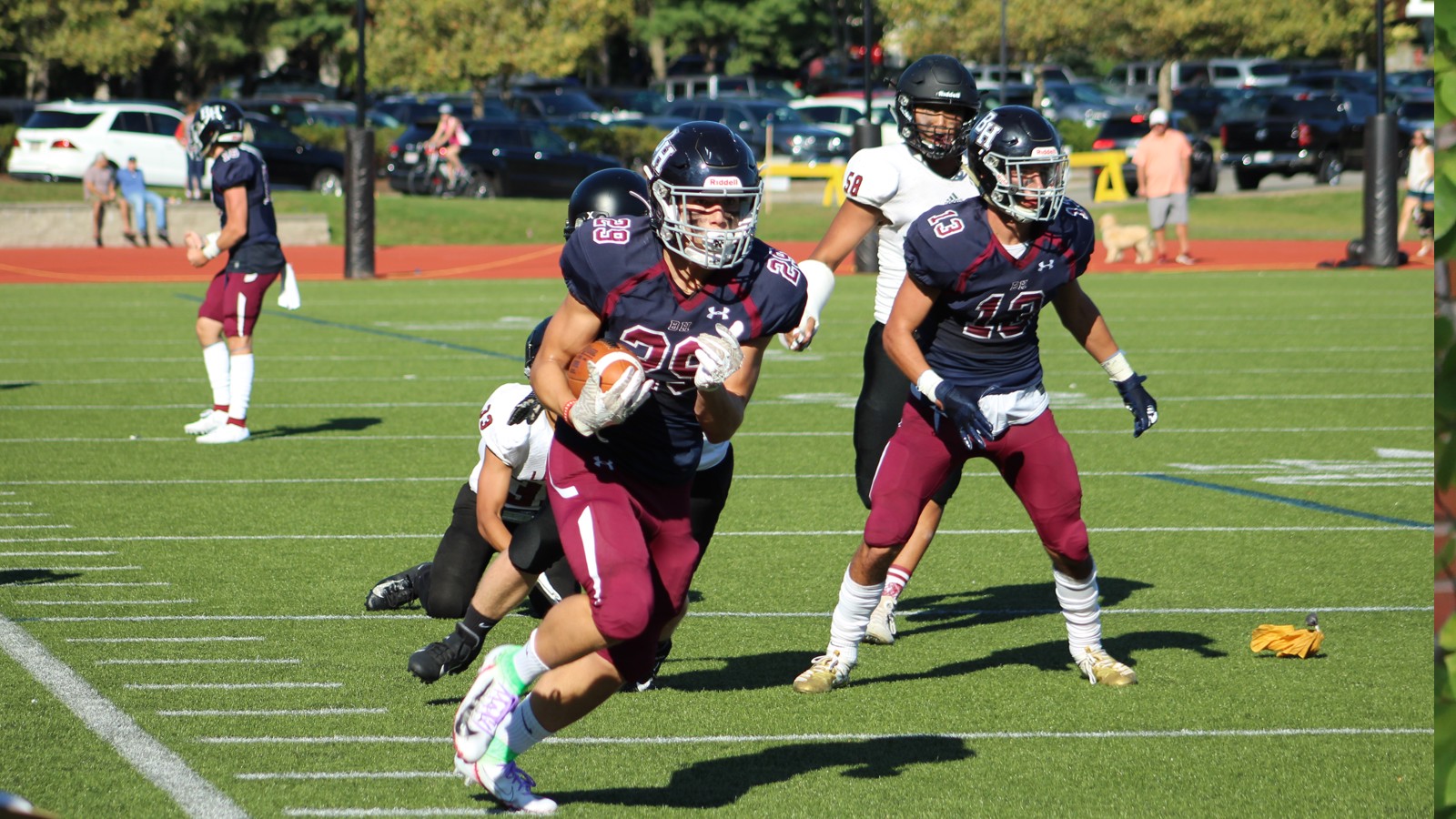 The Belmont Hill Football team is off to a dominant start. Even after winning both an ISL and New England championship last season, they were ranked fifth in the ISL preseason power rankings, according to the Boston Herald, and the team has used this as motivation to repeat as champions. Senior Captain, Jack McHugh, said this about the team’s quest: “Ultimately, we want to beat every team on our schedule and have the chance to play in another bowl game, the 12th in Belmont Hill History. As captains and seniors, we have emphasized taking it one game at a time and being sure never to overlook the competition. Coming off a championship season, we know we have a target on our back, and we love that. We look at the guys in the locker room and see that there is no reason why we can’t beat anyone in New England, and with hard work and dedication, we will achieve our ultimate goal of repeating as champions.” By a score of  35-7, in their first game of the season, Belmont Hill routed Lawrence Academy, who was ranked 3rd in the preseason polls. This statement win sent the message that they are still the team to beat in the ISL. Greg Desrosiers ‘20, accumulated 313 all-purpose yards, including a near 105-yard interception return for a touchdown, while Max Peterson ‘20 showed why he’s an LSU commit, by spectacularly hiking the ball through his legs. The team looks forward to rivalries vs. BB&N and St. Sebastian’s and will look to continue their 8 game win streak, dating back to last season.