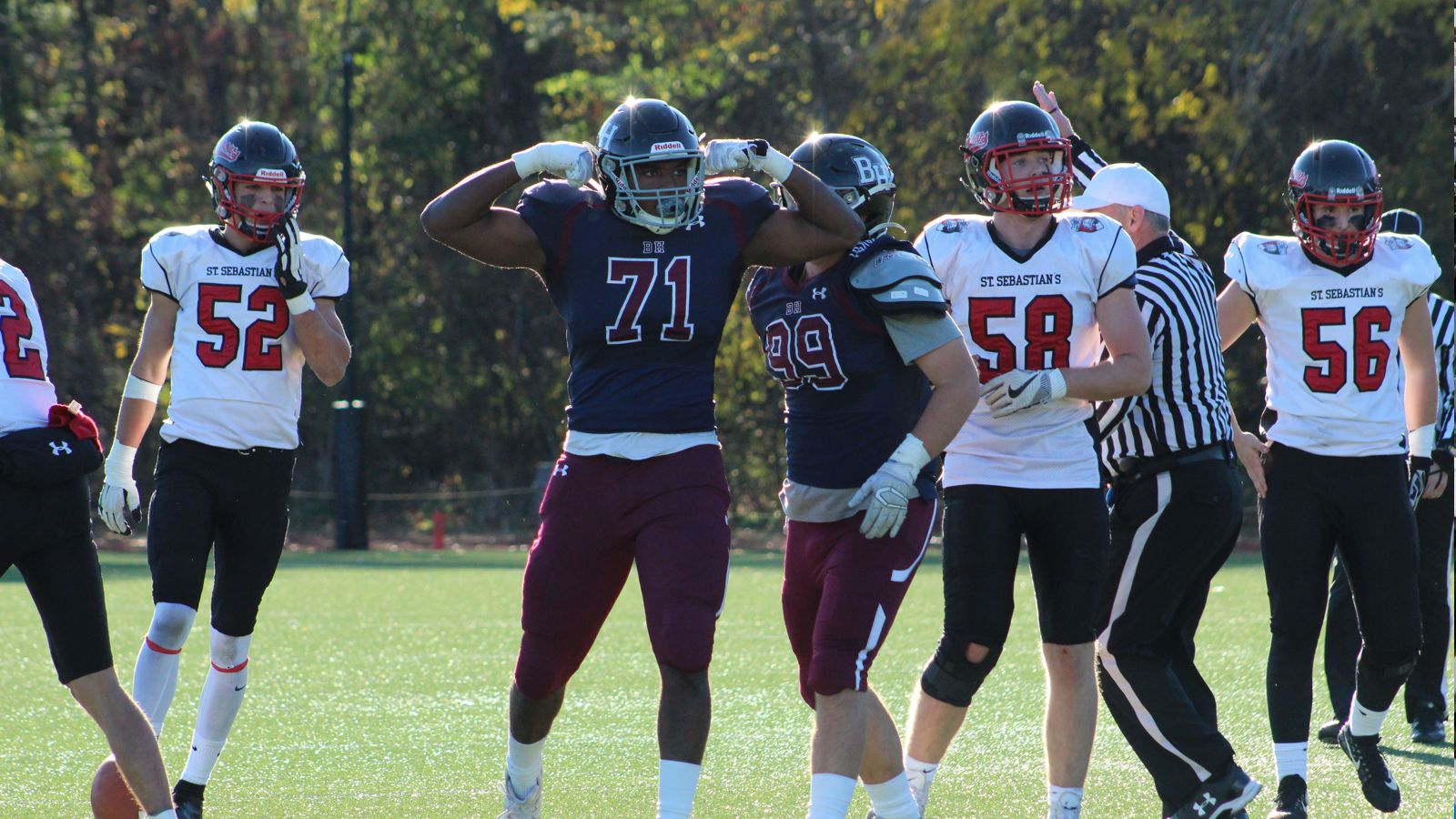 The Belmont Hill Football Team continues to display their elite talent and work ethic on the field. After losing to BB&N for 3 straight years, Belmont Hill went into Cambridge and proved they were officially the “Big Brother.” Down 21-20, with 2 minutes to play, quarterback Luke Bobo ‘21 converted to junior Cam Reirden on a 4th and 14 to put BH in a position to take the lead. The next play, Greg Desrosiers ‘20 did what he does best, making multiple jukes and diving into the endzone as BH pulled away 28-20.

Following a win under the lights against Thayer Academy, 21-7, Belmont Hill suffered losses against Milton Academy and St. Sebastian’s and Governor’s Academy. The esteemed Coach Butler has been “extremely impressed with the leadership of the senior class and how hard they have worked all season. Their dedication in practice has set an excellent example for the younger plays on the team. We know the hard work we put in will translate onto the field and success in their careers.”

Even though Belmont Hill will not have the chance to win back to back New England Championships, the team will continue to cement their status as an elite team in the ISL next fall.