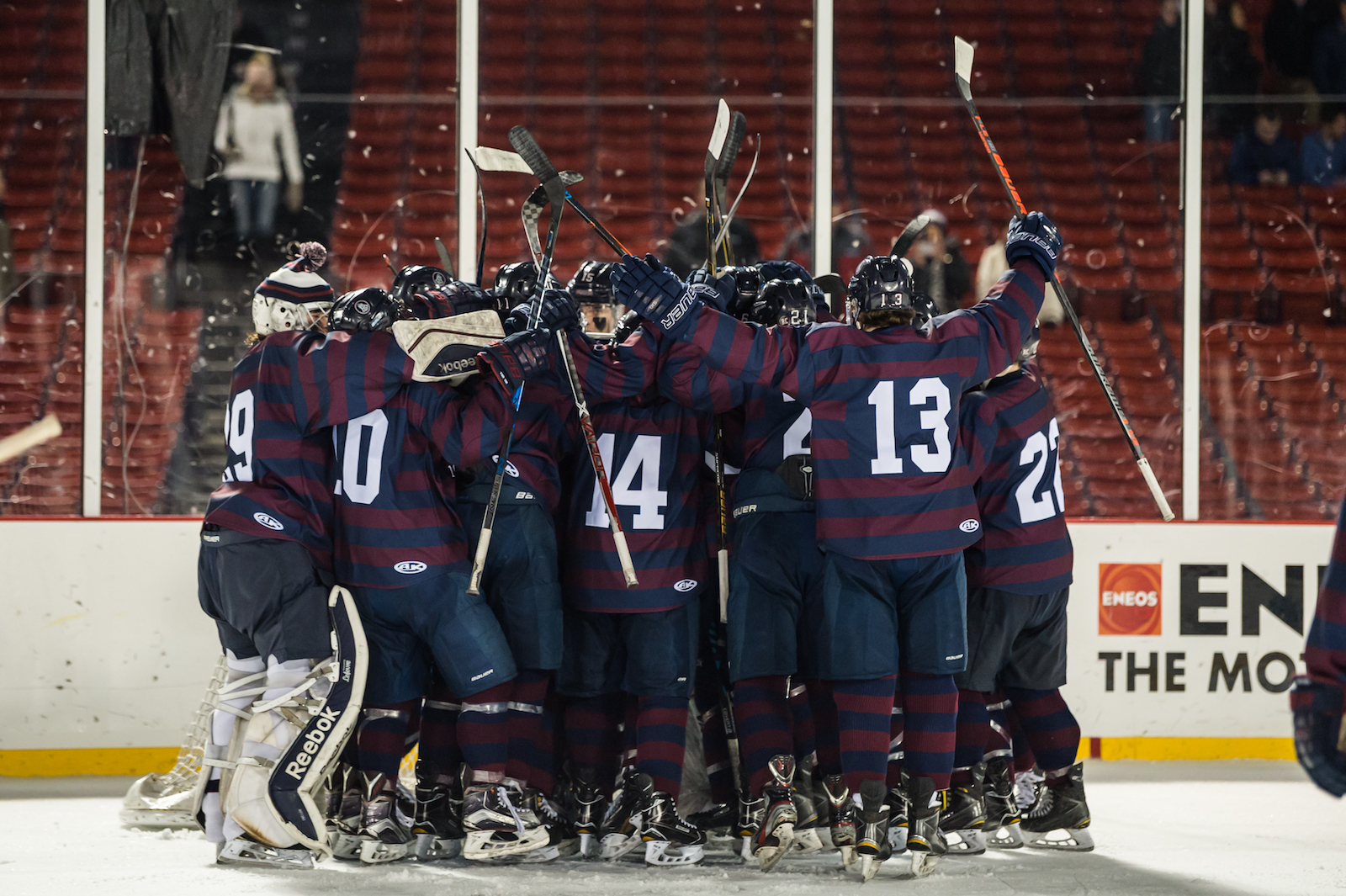 On January 11, 2017, Belmont Hill’s varsity hockey team took to Fenway. In this year’s edition, the squad took on the Tabor Seawolves. While the team looked to take in the incredible opportunity, captains Folsom, Hesler, and O’Neill also looked to leave Yawkey Way with a W. Leading up to the game, rain from the previous night threatened the playing of the game. Rumors regarding the ice melting and the team not being able to play quickly circulated. However, the next day, the game proceeded as scheduled and spirits were high. Belmont Hill’s Loop™ came out in full force as the weather was perfect for a night of outdoor

hockey. As the game proceeded, Tabor got off to a fast start as they potted a goal home within the first five minutes. However, this goal proved to be their only tally of the night as the rest of the night belonged to Belmont Hill. Senior Zach Shpilner put home the first goal off of a tip. Four minutes later, captain Jonny Folsom snuck a shot by the Tabor goalie and put the boys up one. The Loop™ was in full force, as a phenomenal number of kids both showed support and cheered their heads off. Then, another four minutes later, Christian O’Neill buried Max Fields’ shot while falling to ice. Finally, Jonny Folsom tallied the final goal off of a slick wrist shot. Special shout out to the varsity hockey team for making this night so special for all those involved.