The Multi-Sport Achievements of Greg Desrosiers ’20

The Multi-Sport Achievements of Greg Desrosiers ’20 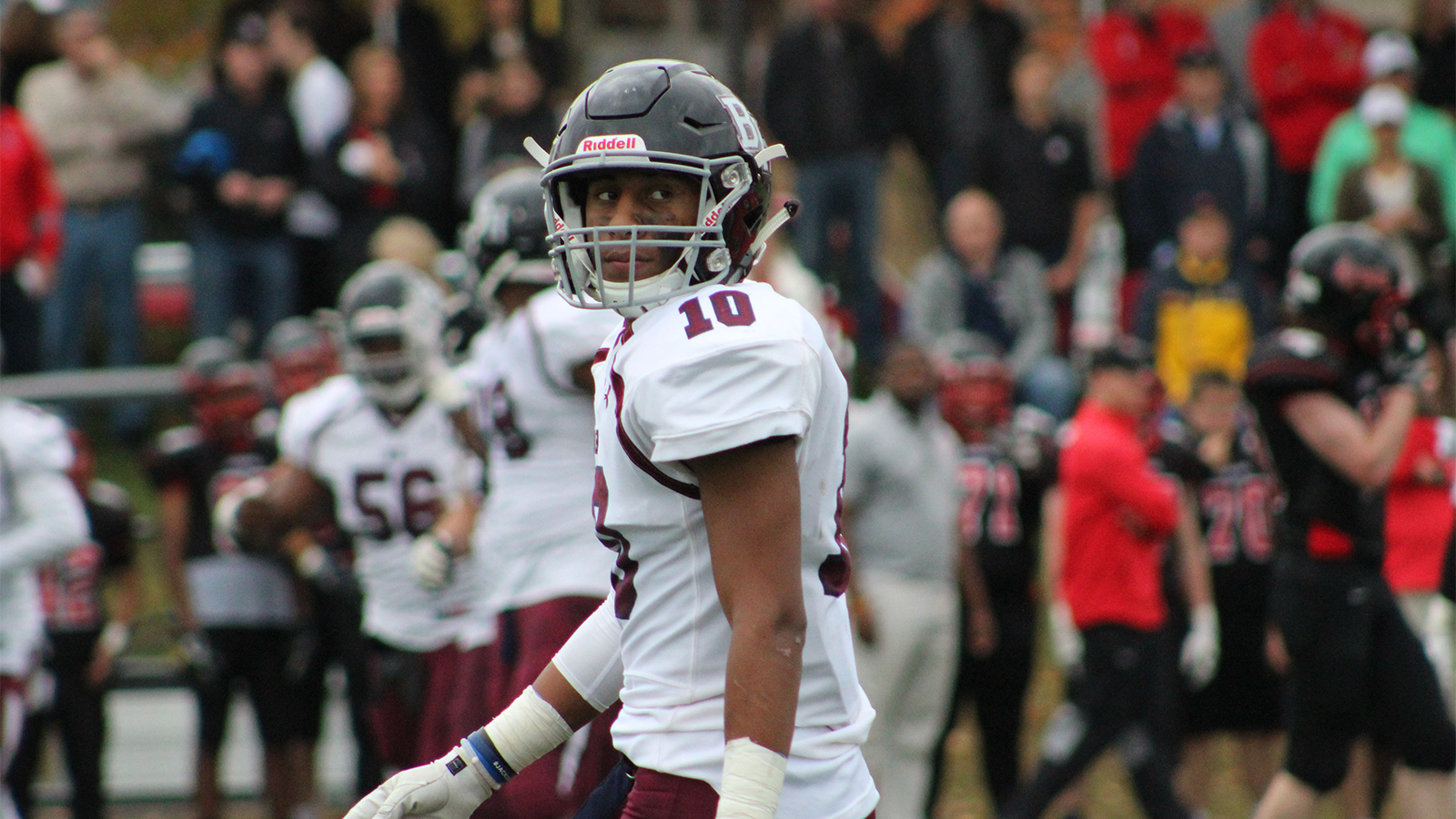 It was a bright, snowy winter day, and Belmont Hill’s future star athlete, Greg Desrosiers, happened to be touring. My brother, Luke, was in the college counseling office, waiting for the new arrival. This wouldn’t be the first time Luke had met Greg. Growing up, the two had played Pop Warner football together. “All we had to do was give him the ball, and he would do the rest,” Luke recalls of their time playing together. They were inseparable until Luke had to move away. And yet, when they saw each other in the hallway, it was almost as if they had never been apart.

From the start, Greg was Belmont Hill’s most electrifying player to watch on gameday. Week after week, just when you thought he was tackled, he would somehow pick up a couple more yards. In the Fifth Form, Greg earned All-League and All-New England honors. Additionally, the team would go on to an 8-1 finish and a league title. But Greg’s greatest performance was still to come. The Suffield Academy Tigers were just coming off a momentous season, having only lost one game in the regular season. The team featured multiple Division 1 recruits, including some who would go on to play at programs such as Miami, Penn State, and Syracuse. Looking back at the game, Luke said, “This team had no business losing… period.” Apparently, Greg wasn’t intimidated by all the hype. Through a multiple touchdown performance and an especially memorable blocked punt, Greg would lead the team to a victory. And according to Luke’s memory, Greg never came out of the game.

Then came his senior year. Although the team’s success was not quite as memorable, Greg’s performance became even better. And in no game was this more evident than that against BB&N. The previous year, they had beaten Belmont Hill’s team in a close, hard-fought game. This year, however, Belmont Hill was hungry for a win against the Knights. But there was one problem. Greg was running a high fever, and would later be diagnosed with mono. “My throat was killing me and I felt terrible, but I was ready,” Greg recalled of the game. Somehow unfazed by his condition, Greg delivered. Like most opponents, the Knights were not able to bring him down. On the final drive of the game, Greg carried it in for the game-winning score. That year, Greg was named Team MVP, as well as earning All-New England for the second year in a row.

However, Greg’s athleticism showed itself most in his ability to be the best in multiple sports. Greg was not primarily a basketball player, but his athleticism allowed him to compete with the most skilled. In every game, Greg was charged with guarding the opponent’s best player, which included players such as Penn State commit Dallion Johnson and Indiana commit Jordan Geronimo. He was largely effective. In his senior year, Greg would earn All-League and team MVP honors. Additionally, Greg’s contributions to the Belmont Hill track team were a major part of the team’s New England title last spring. Greg currently holds the school record for the triple jump, and would undoubtedly have broken several more records if the season had been held this year. Last spring, Greg traveled down to North Carolina for the track nationals along with Isaiah Gomes ’20. Greg placed second in the decathlon, and he is currently U.S. number three in the national rankings. Taking into consideration his considerable talents on the field, on the court, and on the track, it is safe to say that Greg Desrosiers has had one of the most memorable careers in school history.

Nevertheless, Greg is not only known around campus for his prodigious accomplishments athletically. Whether it is clapping and dancing in chapel, actively participating in the ukulele society, or making viral TikToks in the Goodband Commons, Greg means so much more to the school than his statistics or performances. Next year,  Greg will attend the University of Louisville, where he will play football and run track. I think I can speak for everyone when saying I look forward to seeing what Greg will accomplish at the next level. We’ll miss you, Greg!