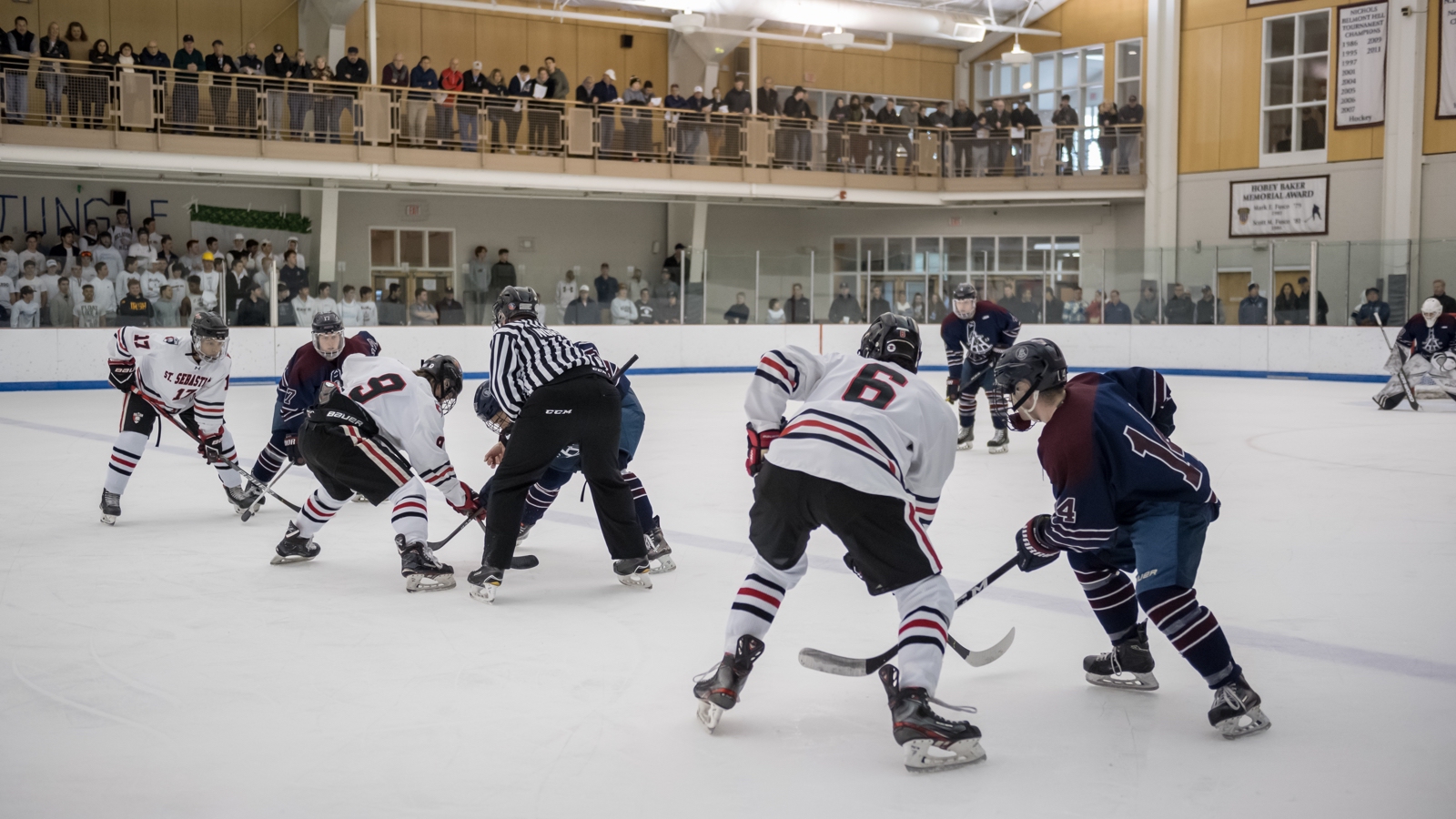 Despite a slightly disappointing beginning to their season, the Varsity Hockey team bounced back strongly, exhibiting true resilience by dominating the Lawrenceville Tournament over Winter Break. In the finals against the Nichols School, the team capitalized on their momentum throughout the weekend and won a strong 3-1 game. Building off this exciting victory, the team went on to win the Belmont Hill-Nichols tournament after Christmas. “The biggest factor has been the leadership of captain Luke Khozozian and seniors Liam Kelly and Zephan Kraus,” says Coach McCarthy.

Back in ISL games, the team lost a close game to Milton Academy but quickly returned in full force to defeat St. Sebastian’s at home, and Thayer Academy away. An important aspect of the team this year is the camaraderie among the group. While the players are relatively young, with only three seniors on the team, they have bonded extremely well and continue to foster a strong sense of team spirit. Senior Captain Luke Khozozian comments that “the Lawrenceville Tournament provides an elite team bonding experience” and that “the team is a lot closer than it has been in years past.”

One tradition that the players have continued in full stride is dressing up on game days during school hours. Not only does this build excitement for the team, but also the rest of the student body, who have responded strongly to the recent successes of the program. As they look ahead to a full schedule of vital games in the coming weeks, The Panel wishes them the best and hopes for a continuation of the strong upward swell they have recently been riding.