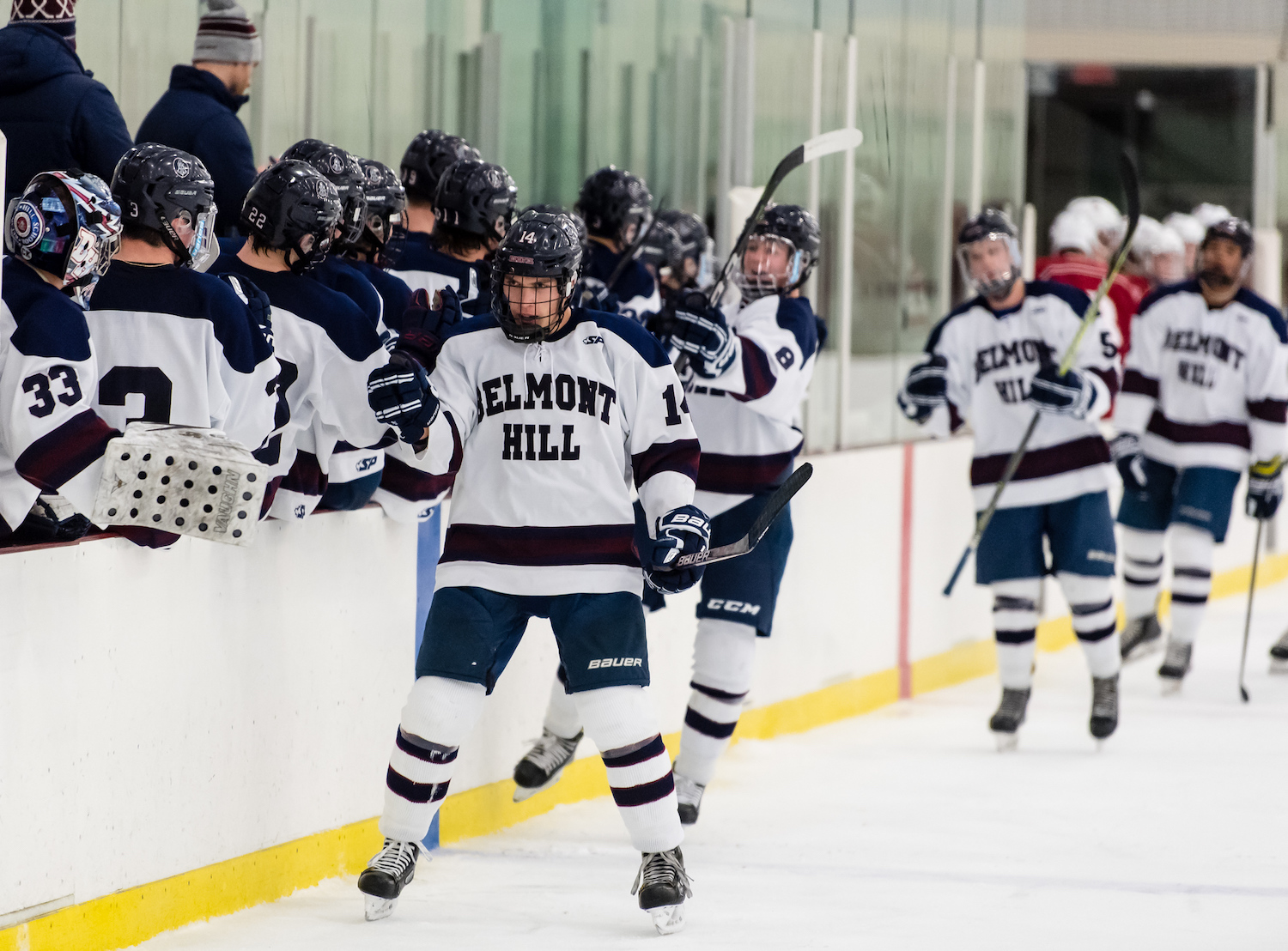 Unfortunately, our beloved Belmont Hill Hockey Club missed the NEPSIHA Playoffs, but it was a fun and exciting year nonetheless.  With banners as full as ours, some Belmont Hill hockey fans might consider an 8th place finish in the Finch Keller Division an underachievement, but on the scoreboard of life, each and every one of these players was a winner.  The hockey program bids farewell to Captain John Copeland, veteran core players Max Fields, Noah Traylor, and Matt Litchfield, first-year skaters Brian Antonelli, Tony Marinello, and Duncan Grant, and Goaltenders Jack Eselius and Anthony Devellis who all made a positive mark on the team in their one way or another as seniors and prior.

Next season the team looks to emphasize the areas in which they grew this year and improve however else Coach Jeremiah McCarthy sees fit.  Next years team looks extremely promising talent-wise with six returning members to the defensive corpse, headed by Captain Robert Radochia, James Perullo, Michael Brown, and Brett Bliss.  High-energy forwards Joe Goguen, Andrew Holland, and Michael Hayes all look to return to the ice and have strong senior seasons.  Key roles will also have to be filled by forwards Robby Griffin, Zephen Kraus, Luke Khozozian, Ryan McGuire, and Liam Kelly, defensemen Grant Litchfield and Will Killoran, all returning for their second career varsity season, as well as a myriad of other fresh faces yet to be decided.  Andrew Holland and James Perullo will join Robert Radochia as Co-Captains for the 2018-19 season.  Our beloved hockey club finds itself in an interesting predicament, in that they will start next season with no returning goaltenders, which begs a few questions: Will Charlie Lambert earn the starting job?  Will Cam Rubin be deemed healthy enough to play next season? Will Teddy Morrow make the team as the second or third goalie? Will the school grab another netminder through recruitment seeing the lack of depth at the position as a priority and a huge need?  Stay tuned next year for all this hockey news and more.

On February 24th, goaltender Connor Hopkins received a phone call from the Tri-City Storm, a United States Hockey League team based out of Kearney, Nebraska. The coach asked Connor to finish with the team for the season and play the next year. The USHL is known to groom and develop young players into solid NCAA and NHL players. Unfortunately, Connor is forced to leave Belmont Hill, a school he left his mark at. One of the few goalies to make the team as a freshman, Connor defied all odds and led BH to a Super 8 birth last season. Connor tallied over 1500 saves during his Belmont Hill career and had a save percentage of .921, a very impressive stat. After his USHL stint, Connor plans to attend Yale University. We wish Connor the best of luck in his exciting journey!