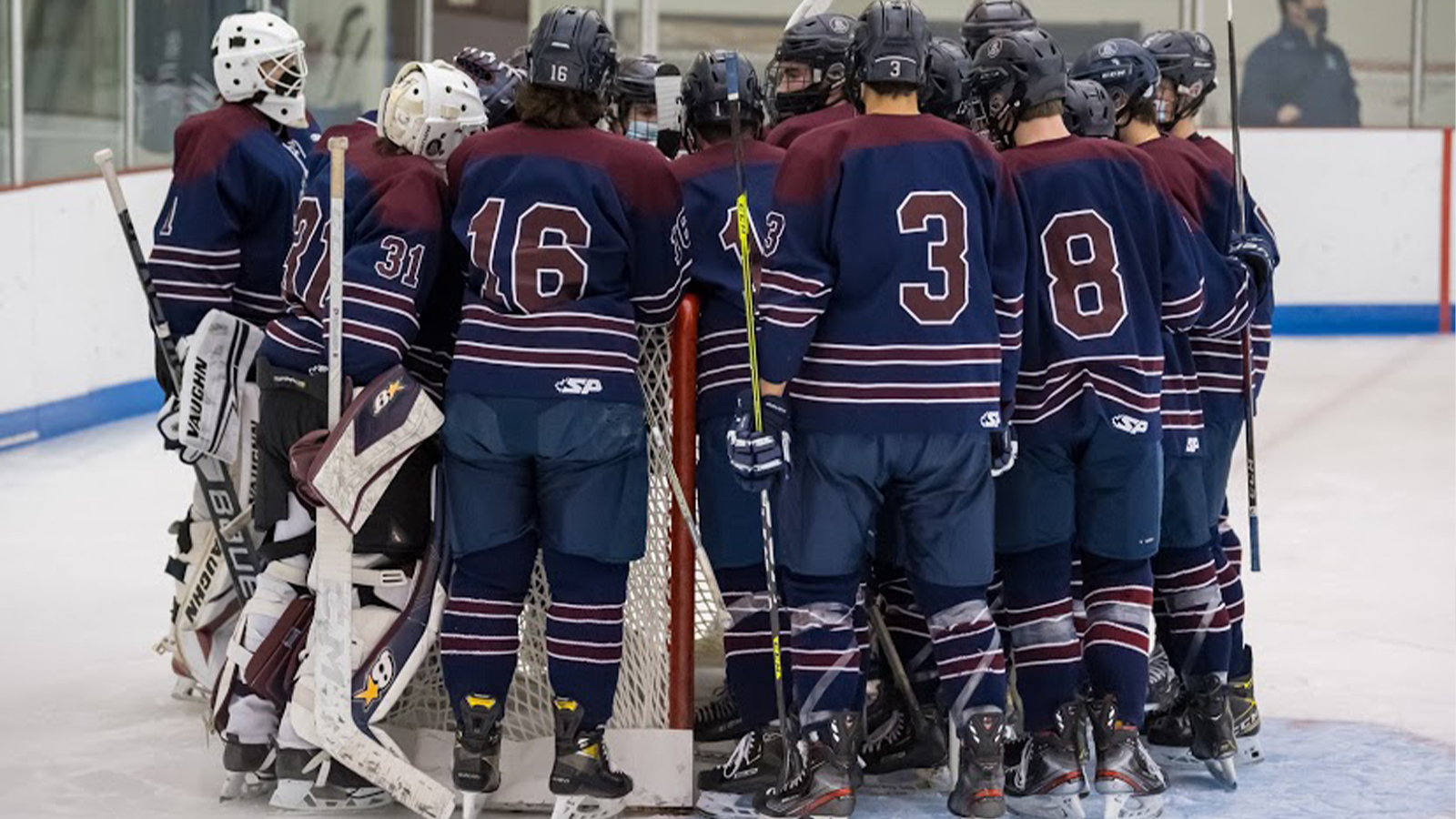 Despite the myriad of challenges presented by the restrictive nature of COVID-19 protocols, the Varsity Hockey team has persevered, adapted, and succeeded in this different environment. In prior years, the team would play games on Wednesdays and Saturdays and hold practice on the other afternoons. Now, they practice Monday, Wednesday, and Thursday to accommodate the new sports schedule while playing games on Friday and Saturday.  These contests are scheduled and confirmed within days of playing, but Coach Phinney says the team is “just excited that we get to be on the ice!” He adds that  “we know we have today,” a sentiment which has reinforced the team’s goal to “stay in the moment and make sure [they] get the most out of each rep.” While new rules include masks, and smaller ice cohorts, perhaps the biggest loss for the team in the eyes of Captain Tyler Rubin are the locker rooms. “The locker room,” he says “is where you do all of the bonding with your team and have all the best memories.” He also notes that the “team has responded very well,” and appreciates the “chance to develop more in practice.”

Both Tyler and Coach Phinney add that the opportunity to play games against ISL rivals has been a highlight of the season, especially given the unusual nature of the fall and winter. Coach Phinney adds that “The boys have been great,” and quoted famous coach Badger Bob Johnson, “It’s a great day for hockey!” He notes that the team’s captains, Tyler, Brendan Murphy and Tom Goguen, have been especially outstanding leaders given the additional logistical and motivational requirements of the unique season. For the school community at large, the restriction on spectators for games has been challenging too. Despite this obstacle, many have been able to support the team on game livestreams, leading to a new Loop success metric, the view count.

As the team nears the final month of its season, the Panel encourages all in the Belmont Hill community to watch some games and congratulate players on campus. Let’s go blue!