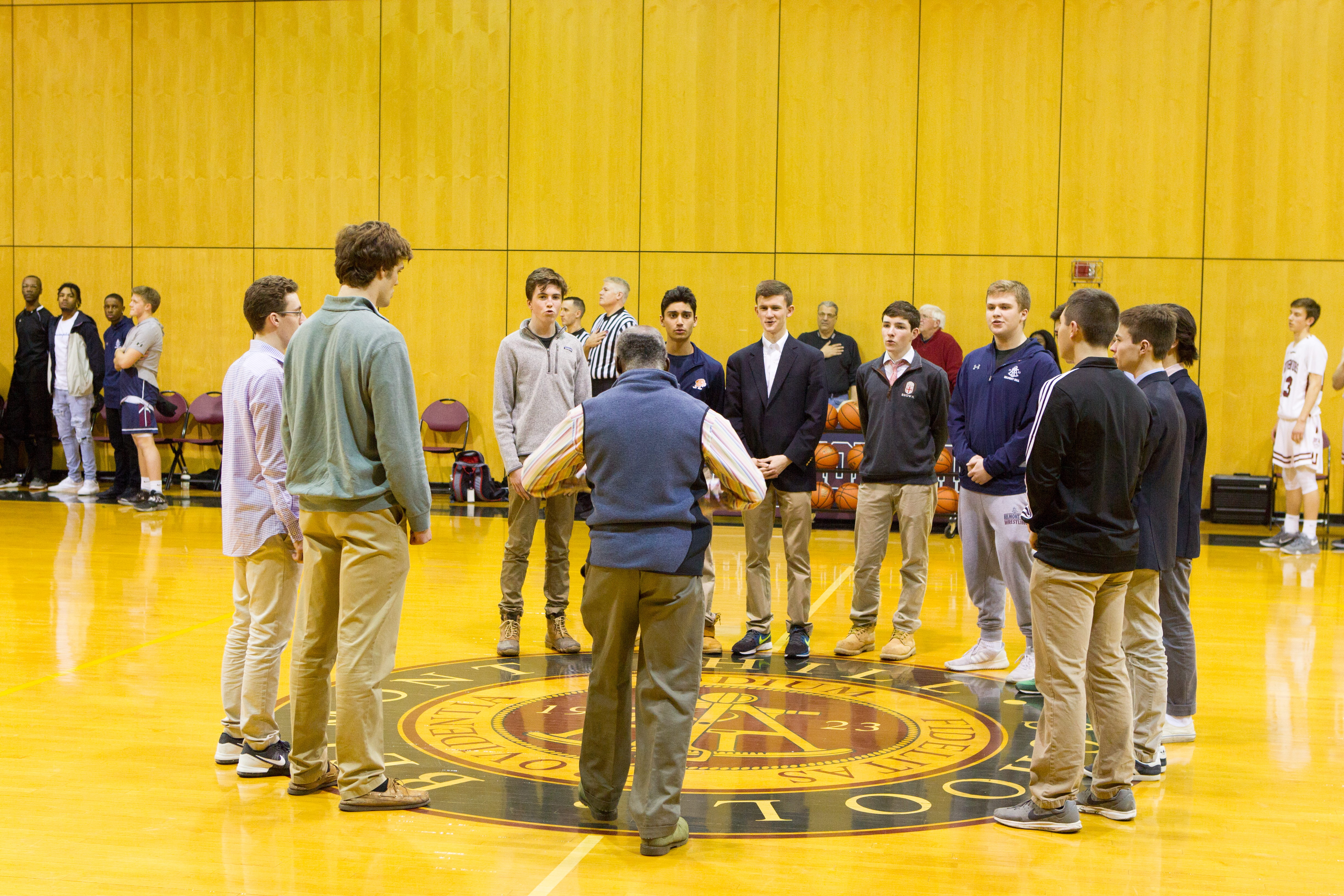 A few wondrous times a year, the prestigious B-Flats perform several ballads in the Chapel that never fail to impress. We spoke with one of the group’s baritone singers, Rishi Banerjee (Form V), and the leader of the bass section, Vincent Costantini (Form VI). When asked about the B-Flats’ current projects, Banerjee mentioned the group’s performance for the Beacon Society of Boston at the historic Algonquin Club in Boston on Saturday, March 3rd. The Flats tackled The Eagles’ “Seven Bridges Road”, Fun.’s “Some Nights”, Charlie Wilson’s “I’m Blessed” (featuring an original rap verse from Spenser Nuzzo and Luca Pontone!), and “I Have a Dream”, a lyrical rendition of Martin Luther King Jr.’s famous speech.  Banerjee reflects fondly on the g experiences, calling them “wonderful bonding experiences” for the brothers in song. The only potential drawback of being a member of the cohesive group is the notion that it is as demanding as it is fun; it meets at C block every day and must be worked into each member’s daily schedule like an academic class, leaving each member without a free block. Each sophomore, junior, and senior has his own demanding workload that can scarcely afford to be neglected. Nonetheless, Rishi doesn’t worry, nor do most of the boys. According to Vinny, the emotional benefits of being a member the group significantly outweigh the potential negatives. Even the singers with less confidence in their abilities feel comfortable in this environment of camaraderie; the Belmont Hill community, on the whole, supports the Flats with fervor and enthusiasm. The group’s impact on the BH community is salient and obvious, but few know about the group’s community outreach endeavors. A few times a year, Mr. Patterson’s (Bro. P, affectionately) group ventures out of the Chapel to perform. Whether in Wadsworth for the senior and alumni moms or performing at malls and veterans’ and senior citizens’ homes, they are motivated by the quintessential Belmont Hill desire to help others and bring joy to the community. Per Vinny, it’s simply worth it “to go up and give them a good time, and to have fun singing with each other;” it really “makes the day” of those who have the opportunity to see them – or those for whom the Flats have the opportunity to perform. The B-Flats represent hard work, passion, charity, camaraderie, and joy, many of the tenets by which Belmont Hill operates. Plus, who can resist the smooth croon of a baritone?