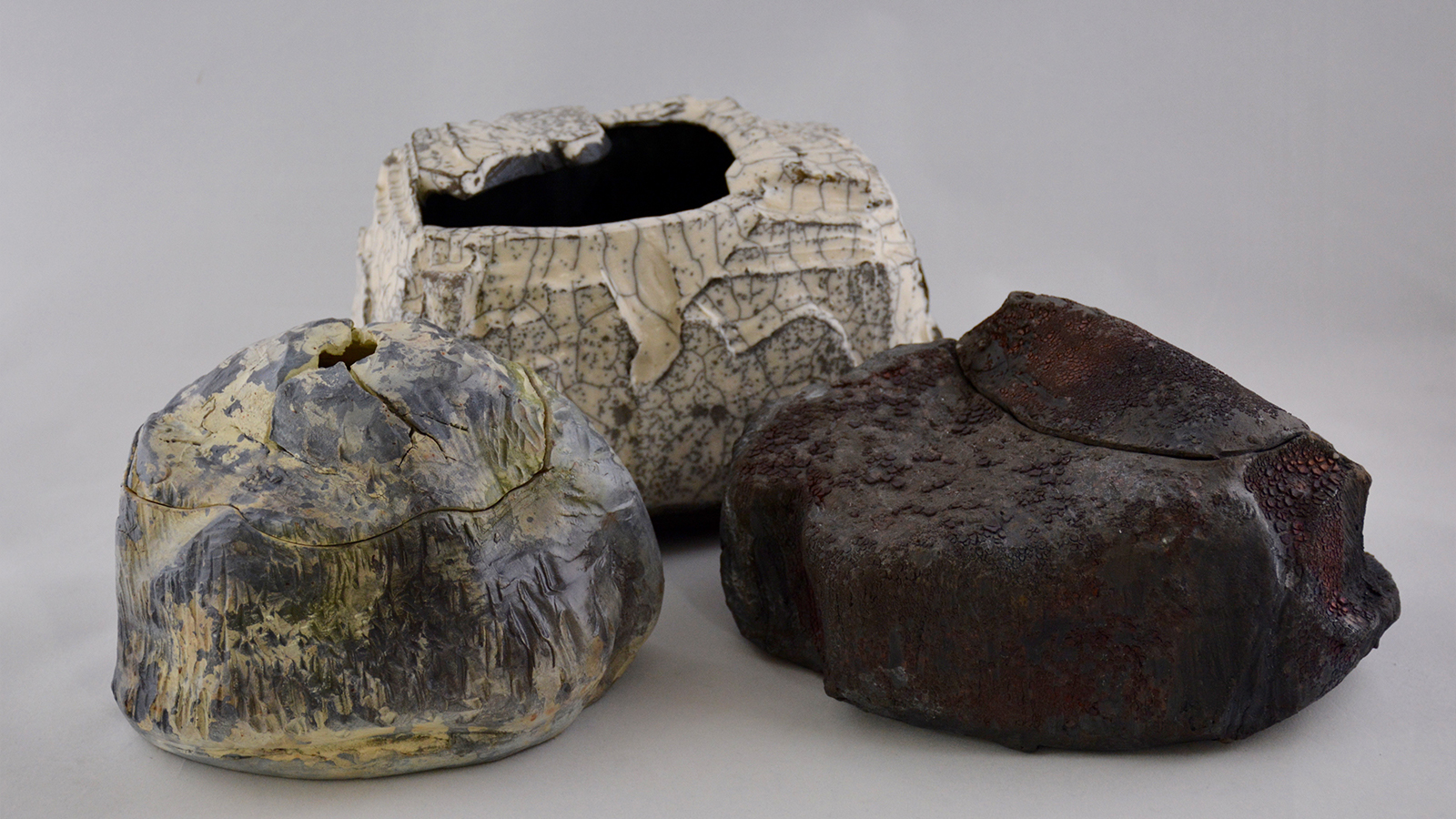 Since he stepped foot into the ceramics studio early in the First Form, Jack Tahan ’20 has used the art form to express himself, win awards, and contribute to our community. He says that coming into Belmont Hill he had “never done ceramics before, so this was all new to [him]” Mrs. Kaplan recalls that Jack first came into the studio for a project with his English class related to the book The House on Mango Street. After that project, he would spend much of his free time in the art building, experimenting with clay until finally in December Mrs. Kaplan said: “if you’re going to be in here, you might as well know what you’re doing.” That sparked a rapid learning process, and he quickly progressed to working on the wheel. Jack continued to informally work in the studio until the Third Form when he took the ceramics elective. That year, and every one since, he has entered into the Globe Scholastic Art awards, and won a host of honorable mentions and keys along the way. He says that his biggest artistic influence is “probably Mrs. Kaplan, she’s always beyond nice and she encourages you to do whatever you want to pursue, whatever niche of ceramics or the art world you want to go into.” Without her, he wouldn’t have started ceramics or done art at Belmont Hill, he says.

Jack’s contributions, however, extend beyond the art department. Using his pottery skills, he has “donated handmade mugs as well as other pottery work to help raise funds for PWAP,” according to Mrs. Kaplan. In the summer after the Fourth Form, after being awarded the Tongeri Art Award on Prize Day, he interned at The Potter’s Shop and School in Needham, MA. There he continued to develop what he describes as his proudest set of work, a collection of rocks. He began the process at Belmont Hill, throwing large vessels on the wheel and shaping them “aggressively into these natural forms.” Afterwards, he “would mark it up with hand building techniques, and then cut open a section of it so that it was a container.” He used a firing technique called raku at The Pottery Shop “to make these amazing natural colorations and interesting surfaces.” Mrs. Kaplan says that he “has also used clay to create unique pieces of art for other classes as well.” This fall, Jack created a project for Ms. Zener’s World Religions class which has been on display in the Byrnes Library for the school year. On Jack’s continued skill development, Mrs. Kaplan comments “his natural ability in conjunction with his eager curiosity… has given him the opportunity to develop his own vocabulary and voice.”

As Jack prepares to graduate Belmont Hill, he looks forward to continuing with ceramics in his free time next year in college. While he hopes to major in biology or physics, he made sure that every college on his list had a ceramics studio where he could work. And Jack says that one of his end goals is to “retire and have my pottery studio by the ocean.” The Panel thanks him for the contributions he has made to our Art Department and our larger school community and wishes him the best next fall.