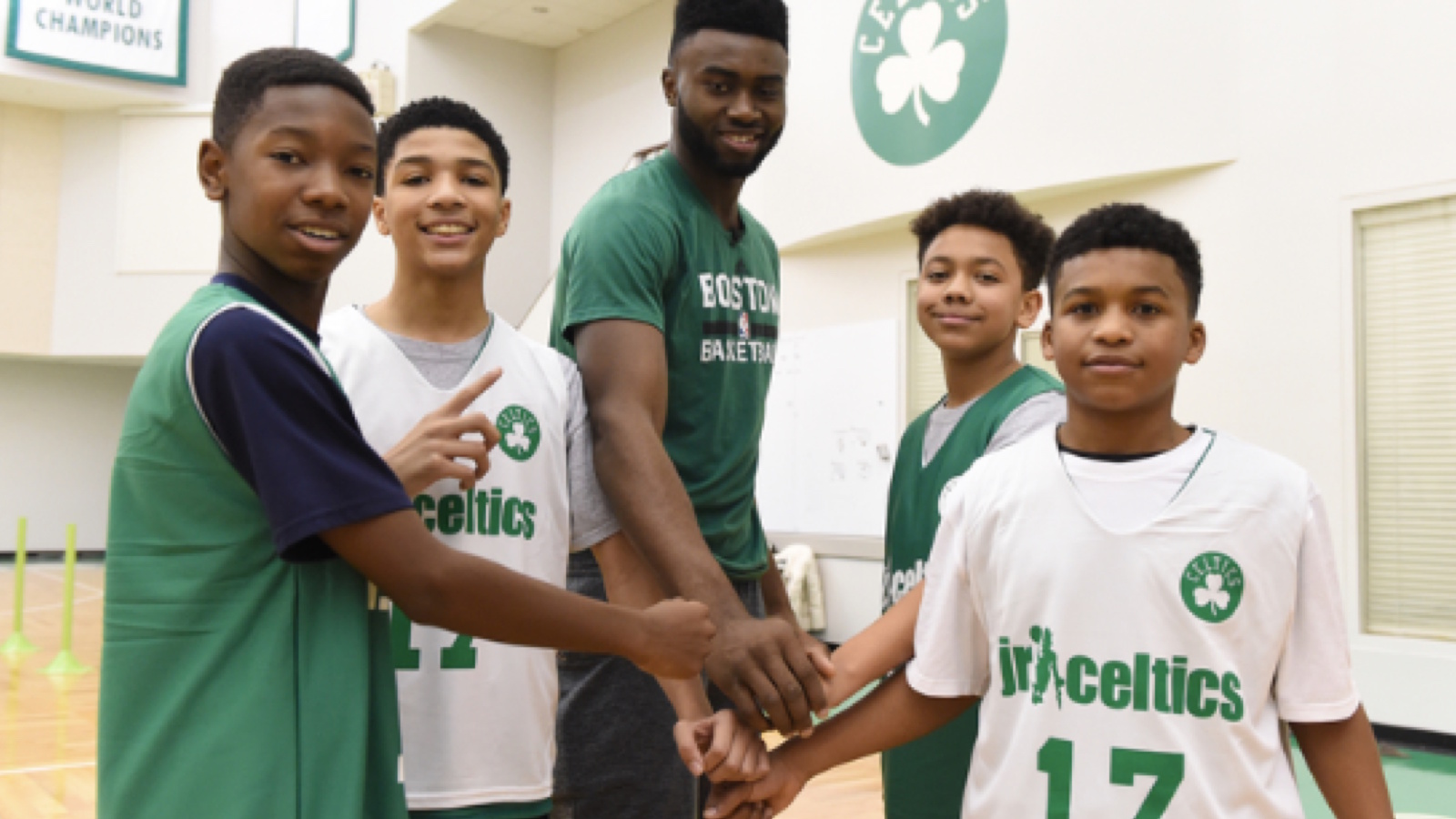 Second former Jayson Firmin ‘21, though primarily a soccer player, has played basketball since age four and attends the 3-point Foundation each summer. The 3-point Foundation, a camp affiliated with the Jr. NBA, serves as an introductory pool for the Jr. NBA’s annual National Skills Challenge. After attending camp for four weeks last July, Jayson was invited to participate in the local round for the Jr. NBA competition. Beginning at the Celtics practice facility in Waltham, MA, the local competition pitted Boston-area youth against each other in a skill contest that ranked competitors on their ability to complete basketball drills related to three-point shooting, mid-range shooting, free-throw shooting, dribbling, and passing. Jayson, participating in the Under-13 Boys division, emerged as one of the top competitors in his category, and was thus given the chance to move on to the finals for the local round.

Held at halftime of the Boston Celtics game versus the Portland Trail Blazers on Saturday, January 21st, the local finals required more preparation than the relatively relaxed round that preceded it. In late December, Jayson, in addition to finalists for the U-11 round and his U-13 competitor, was required to attend a practice session at the Celtics training facility. Playing under the guidance of, and often with, Celtics small forward Jaylen Brown, finalists enjoyed a chance to elicit advice from a young NBA standout on not only the mechanics of their basketball game, but also the mental skills that accompany playing in front of a large crowd. On the night of the final, Jayson and his fellow U-13 competitor received similarly valuable advice from Miles Brown, who serves as a brand ambassador for the Jr. NBA and plays Jack Johnson on ABC’s Black-ish. Hanging out with Jayson before the game, Miles Brown, also known as “Baby Boogaloo” for his run to the semi-finals on the fifth season of America’s Got Talent, spoke to the finalists about managing nerves and performing under pressure.

Jayson would end up winning the local round, celebrating his success with Miles Brown and Celtics guard Demetrius Jackson at half court. His victory resulted in a trip to Brooklyn last March for the regional round of the Jr. NBA National Skills Challenge. Facing skilled local winners from various localities in New England and the Mid-Atlantic, Jayson wasn’t able to win regionals; however, a strong performance at regionals may potentially bestow him an at-large spot in the national finals. National finals for the Skill Challenge will be held from June 21st to June 23rd at the NBA Draft in New York. Finalists win an all-expenses paid trip to NYC, gift bags, exclusive time with NBA players, legends, and draftees, and a ticket to the 2017 NBA Draft. As regional competitions in ten other American hubs conclude in early May, Jayson will receive an update on his competition status in the coming weeks.