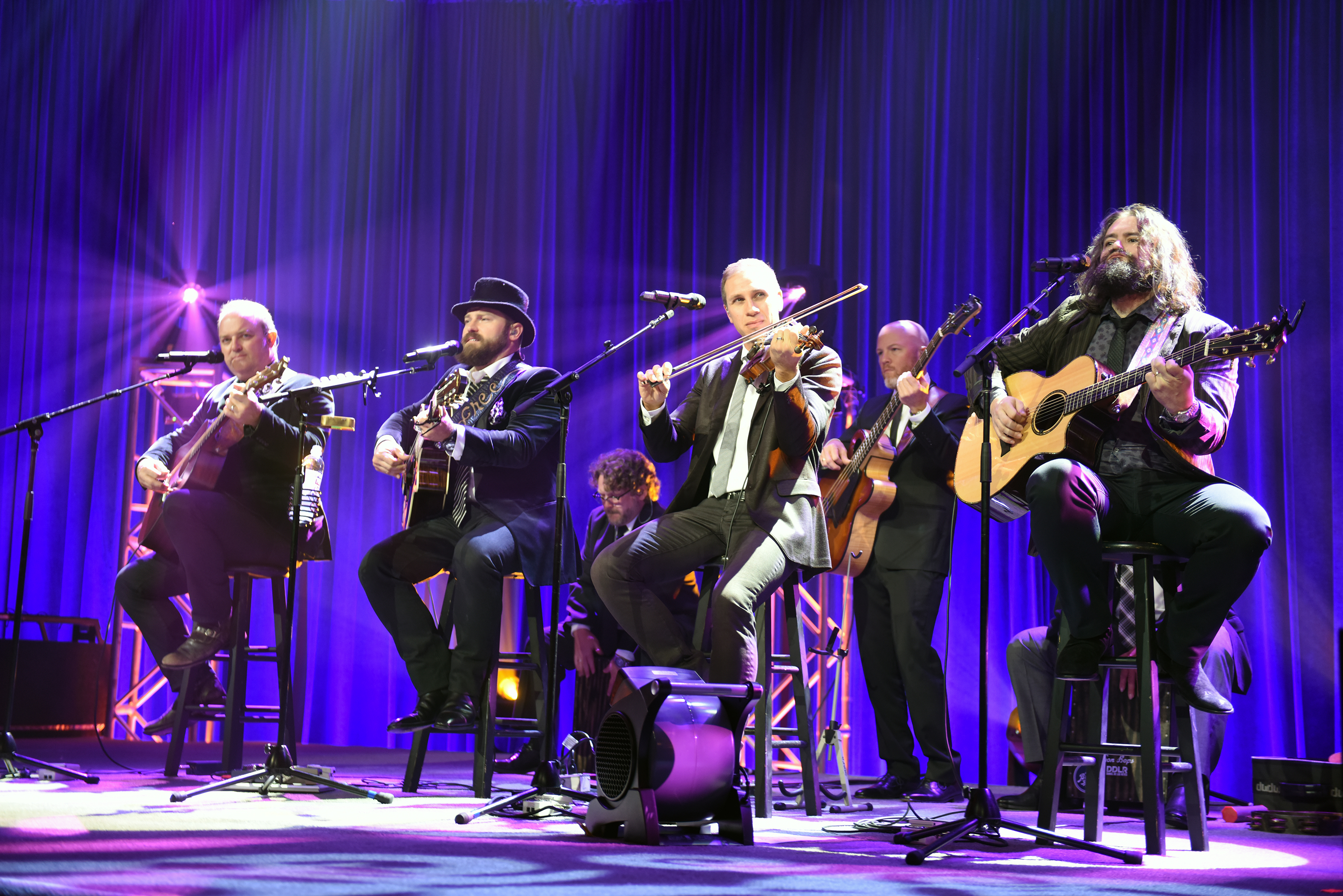 The Zac Brown Band currently has three albums in the top 100 on iTunes, two of which are over two years old. Their new album, Jekyll + Hyde, which was released on April 28, sits at the top of that list with a hefty standing. Jekyll + Hyde is hardly a down-home country album; one would be hard pressed to label the album under any genre, given the choice. The Zac Brown Band has always been ambitious in their albums, pushing the boundaries of country music, but for Jekyll + Hyde, there are many points when the sound completely leaves the country reservation. In fact, the genres within Jekyll + Hyde change so much from song to song that the album loses cohesion: it’s a mess of jam-band country, rock, gospel, jazz, and EDM. In a world where individual song downloads far outweigh album purchases, this genre mashup seems to work fine, but the album, on the whole, has no true identity or logical progression of songs; I find myself skipping all around the album, rather than listening to it in order.

Released as a single back in January, “Homegrown” is the closest to what is generally expected from the Zac Brown Band: a country jam-band feel and lyrics like “I’ve got everything I need, and nothing that I don’t.” Because of the sheer love for this traditional Zac Brown Band sound, “Homegrown” reached the very top of Billboard in April and remained there for two weeks.

The country and island songs that the Zac Brown Band is known for are not otherwise absent from the album. “Wildfire” might be the most country of the songs on the album, and has a touch of Eric Church (who co-wrote the song) in it; this song has the potential to be a huge hit. “Castaway” and “I’ll Be Your Man” provide a great margaritaville/Jimmy Buffett feel, though “I’ll Be Your Man” is simply too long; it might as well be over about halfway through the song. “One Day” has a wonderful groove to it, and invokes the desire to chair-dance in the listener. “Dress Blues” is a cover of the song by Jason Isbell, and the Zac Brown Band completely outdid him. An emotional song about the funeral of a soldier, “Dress Blues” might be the best on the album. It’s a bit too long for radio, so don’t expect to hear it there; spend your $1.29 on this one.

For the rest of the album, the band zigs and zags in and out of country music, and at points completely annihilates what you could ever expect from them. Released in March, “Heavy is the Head” is a hard-rock song featuring Chris Cornell. “Heavy is the Head” currently sits near the top of the charts with good reason, as it is one of the album’s best, but it is anything but a country song. Also in the hard-rock category, “Junkyard” is over seven minutes of an absolute head-banger of a song, and I love every minute of it; John Driskell Hopkins’s deep voice in the background makes the song. On the recorded songs, it seems like there is something missing that I feel will come out in a live show.

Crank out the bell-bottoms, because it’s time for some 70’s easy listening with “Loving You Easy.” The song is unbelievably catchy, and the opening guitar riff is impossible to forget once you have heard it. “Beautiful Drug” and “Tomorrow Never Comes” are two songs that heavily incorporate EDM elements, and belong on Kiss 108 instead of the Bull: they might as well be Avicii songs. An acoustic version of “Tomorrow Never Comes” is also included, and it is much more of a natural Zac Brown feel. “Bittersweet” is a somber tune that makes you want to reach for the tissues; its lyrics and instrumental opening are simply beautiful. “Remedy” takes on a gospel feel and has powerful messages with it; it is certainly the most introspective song on the album.

The biggest surprise of the album is “Mango Tree” with Sara Bareilles, a jazz/big band tune with island-inspired lyrics. Though the song is catchy and a good listen, it would fall flat without Bareilles and seems to serve no purpose on the album, other than to show the musical aptitude of Brown.

Because of the now true establishment of the Zac Brown Band as a player in country music, the band has taken a number of risks that may or may not pay off in the way of a smorgasbord of an album. Jekyll + Hyde is certainly a fitting name for this new album, in that it truly has a split personality.  This incongruence in personality and genre, however, makes the album feel all-over-the-map, and not always in a good way. Each of the songs has its own merit, and most, if not all, are good listens when taken individually. The Zac Brown Band kicked off their largest tour yet this month, and it includes an unprecedented three-night-stand at Fenway Park in August (limited tickets are still available).