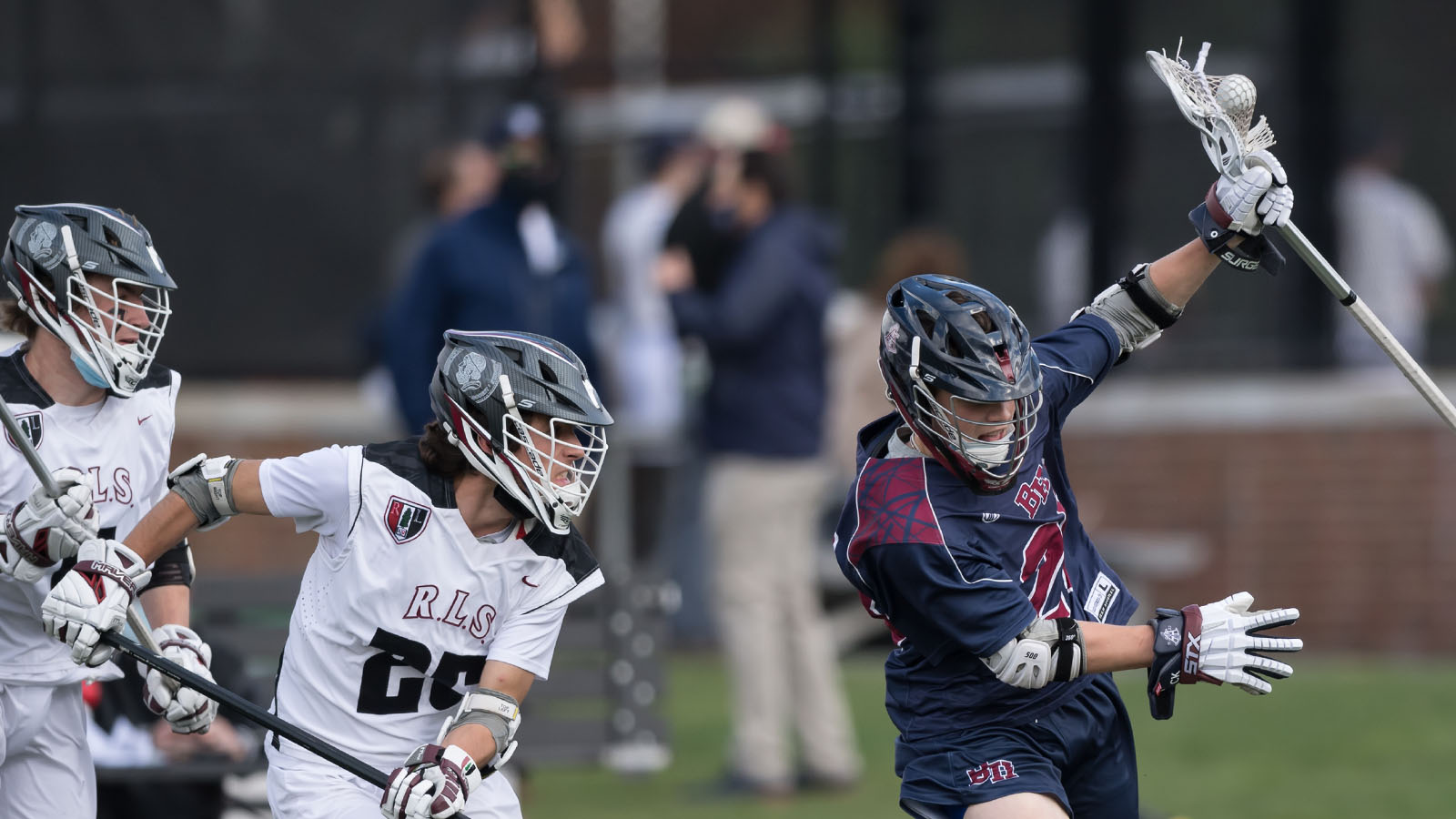 As infections and positive cases have diminished over the past couple of months, the Belmont Hill spring teams have enjoyed seasons as close to normal as possible. The varsity lacrosse team is no exception. The team started off strong in the preseason, beating Taft, Andover, and Exeter. The Brunswick varsity lacrosse team served as some of Belmont Hill’s best competition, resulting in an 11-10 loss. However, Belmont Hill soon rebounded, beginning the regular season with a decisive 15-5 win over Rivers. The next couple of games against school rival St. Sebastian’s proved to be very competitive, with Belmont Hill winning by one goal in the first game. However, the second game against Sebs was not as competitive, with BH pulling ahead by four at home. Finally, in the fourth game of the regular season, Belmont Hill defeated Roxbury Latin by four.

Though the season has been filled with success thus far, the most noteworthy aspects have been the incredible performances from some of the seniors. In just seven games, Zach Travaglini ‘21 has 21 goals and 11 assists. Mike Marinello ‘21 has had multiple eye-opening performances in the net, complimenting Belmont Hill’s high octane offense with a steady and reliable presence at the opposite end of the field. It is also no surprise that defensemen Grant Litchfield ‘21 and Trey Brown ‘21 have lived up to the expectations and then some. Seniors have recently been permitted to attend games, so the athletes’ incredible performances have been accompanied by loud hollers and shouts from their classmates. The varsity lacrosse team has set the bar very high with the first four games, and it will be hard to exceed those expectations.