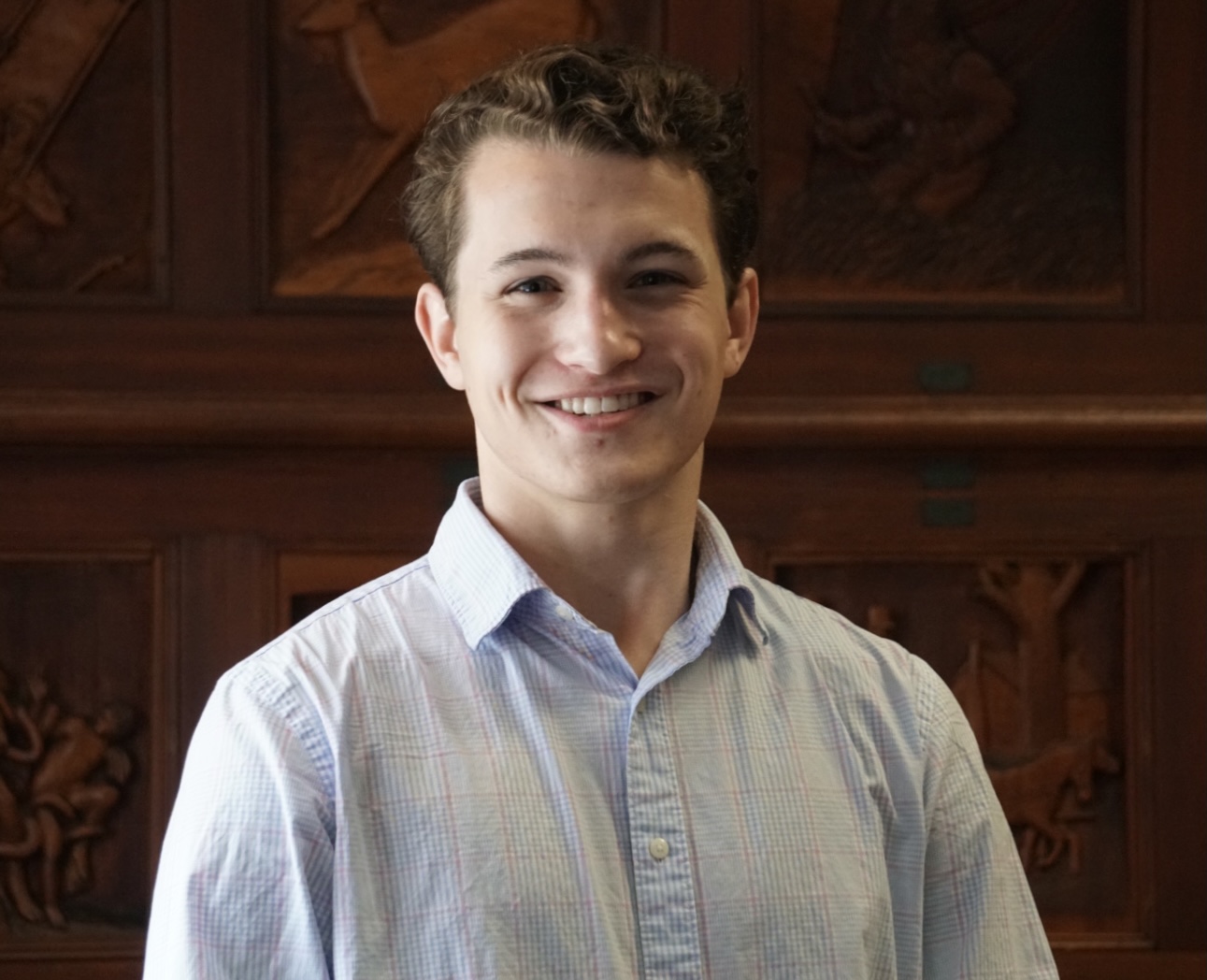 Luke Carroll was recently re-elected to his post as president of the class of 2022 and now faces a larger responsibility: being a leader not just for his classmates but the entire student body. Looking ahead to his position next school year, he and I hopped on a late-night Zoom to discuss his Belmont career Hill leading up to this point and his goals and tribulations regarding next year.

If you ever get to talk to Luke, you will quickly understand that he is nice to a fault. Our meeting began with him profusely apologizing that his lamp was broken, despite my insistence that it was not an issue. When I asked him if he thought he was too nice for politics, he claimed that if he had to choose between being nice and getting the job done, it wouldn’t be the career for him. “Luckily,” he says, “the two coincide here.”

In a world of increasingly polarized politics, Luke finds inspiration in leaders who are willing to cooperatively work across the aisle, pointing to former Belmont Hill parent Mitt Romney as one such example. He has recently been following the career of Laura Kelly, the governor of Kansas, a state where Luke has family. She is a Democrat in a red state that has, in Luke’s opinion, well handled the pandemic by “appealing to a sense of logic and a sense of reason in her constituency.” He acknowledges that he is working under different circumstances, but he hopes to “try to appeal to people not based on lofty promises or extravagant campaigning” but by taking a similar approach to Kelly, honing in on logic and reason. That strategy, he thinks, is “what all public officials should do.” Luke has his style figured out.

Luke made clear throughout our conversation that, next year, Belmont Hill mainstays like the prom and Party With a Purpose are “a go.” Luke is sincerely excited to get back these large-scale events, especially those geared towards the senior class. Camp Cody is on the docket, and he also looks forward to the senior prank. These senior traditions absent from the last year will be back, and he is even considering a venue change for prom. The incoming president is excited for some sense of normalcy and communal cheer after a tough year of distance. Also on his mind is the legacy of his senior class, calling to attention the class gift as something “that should last.” He looks forward to, most of all, carving panels together: “There is a reason why this school has held this tradition so closely and in such high regard for nearly a century now. Not only is it a way for students to leave their legacy, but it also fosters a sense of collaboration.” Reflecting on his class as a whole, he states, “Collectively, we’ve definitely been prepared for a difficult senior year. I know that this class is exceptionally capable of handling whatever comes their way, evidence being laid bare right in front of us throughout this pandemic.”

In terms of getting back to normal, Luke aims to get as close as possible to a pre-pandemic daily life for students. According to him, there were big things in the works for lunch before COVID hit, and he hopes that those ideas (hot bars, weekly themes, etc.) could be implemented next year. He is hesitant to say lunch will be totally back to normal but hopes to leave its current status as a “relic” of the past year. Another change the young president has his sights on is increasing dress code flexibility. Much like the sneakers victory six years ago, Carroll hopes to make blazers and ties a seasonal occurrence, though he wants to gauge the opinion of the community before making a push. His insistence on consulting with his peers first is consistent with what he considers the key to leadership: approachability. He feels that while this skill may be a “tough value to pin down or define, people know it when they see it.” As a class officer, he has considered his multiple channels of communication with his peers to be his greatest tool. He sees texts, emails, and encounters in between classes as not only great ways of familiarizing himself with what people want but also imperative to maintaining friendships over the past year. In conversations, he has heard a positive response to the DEI work throughout the year, though some still feel more action needs to be taken. He observes, “We don’t have to look far to understand what will be and what won’t be on the right side of history in these issues. As limited as the school sphere is, it is meaningful if and when the school takes a firm position on those issues.” Luke looks forward to expanding work against inequality and pushing the community towards more dialogue.

While Luke may now be at the top of the food chain at Belmont Hill, he has always been a single fish in a large pond in his family. Being the fifth in a family of nine kids, Luke knows what it’s like to have to fend for yourself. “I’m incredibly fortunate to have the siblings and parents that I do,” he assured me, “It is admittedly a little chaotic in our household at times, but I never take that for granted.” With eight siblings, Luke has always had to be on top of his schedule, planning so that he can be everywhere he needs to be and do everything he needs to do while helping to “take stuff off his parents’ plate.” Luke has been diligently planning and strategizing his whole life to make things easier on his family, so doing so for the student body seems like a logical next step.

As far as post-Belmont aspirations, Carroll is considering remaining in the political ring, but not quite as a politician. Right now, he has his eyes set on conducting public policy research for think tanks or private institutions. He is confident that whatever he does, he “wants to serve the public in some way.” He sees the Congressional Research Service, which helps to inform congress before they write bills, and the RAND Corporation, which consults leaders in the pentagon, as ideal places where he could conduct research to truly make a difference and a better country. For now, he’s just looking forward to serving our community as best he can, and in this author’s opinion, he’s well equipped for the challenge.