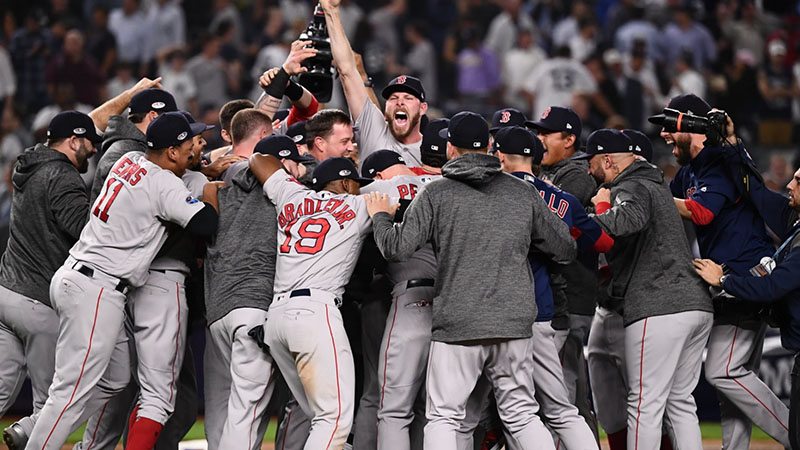 With the Major League Baseball regular season concluding in just under two weeks, many baseball fans are looking forward to this fall and the upcoming playoff. In the American League, all three divisions are led by a decent margin as of the current date. With all three divisions having clear cut leaders going into the final few weeks, the two wild card spots are up in the air. It is likely that the Yankees will play the Red Sox in New York to determine who would play at Toronto in the American League wild card.

As for the National League, the East has fallen out of the New York Mets hands quickly, and the Atlanta Braves have begun to run away with the division, but the Philadelphia Phillies and New York Mets do still linger.. In the Central, the Milwaukee Brewers have run away with the division. While it is mathematically possible for Cincy to win the division for the first time since 2012,  the Brewers have almost secured the division easily. The NL West has been the best division in baseball this year, as the Giants, who have been the biggest surprise in the league this year, lead the division. The San Diego Padres, who were thought to battle out the division title with the Dodgers when the season began are very well alive in the wild card. The National League Wild Card has 6 teams battling for 2 spots. With the Giants or Dodgers basically securing the top spot, that leaves 5 teams going for 1 spot. Whoever gets the 2nd wild card will play at LA or San Francisco.

In the AL, I can see the Red Sox getting the 2nd wild card, but losing to MVP candidate Vladimir Gurrero Jr. and the Blue Jays. Toronto would then go on to play Tampa Bay, and I see Tampa winning the best-of-5 series. To see who plays Tampa in the ALCS, Houston plays Chicago, and I see Houston winning. That leaves Tampa and Houston for the ALCS. With both teams having high powered offense and good pitching, this is a dream series for casual baseball fans. I see Tampa winning for the 2nd straight season and going to their 2nd consecutive World Series.

In the NL, I see the Reds keeping their lead and earning the 2nd wild card spot, but losing to the Dodgers. The Dodgers would then play the Giants in a high anticipated matchup. I see San Francisco winning the series. Atlanta would then play the Brewers, and I see the Brewers winning with ease. That leaves Milwaukee and San Fran. With the Brewers having one of the best pitching staffs in the league, I see the Giants winning the series in an upset, matching up against the Rays in a World Series.

To finish the season on an incredibly high note for the league and game of baseball, I see the Rays winning the World Series over the Giants in 6 games, getting redemption after losing last year’s title.